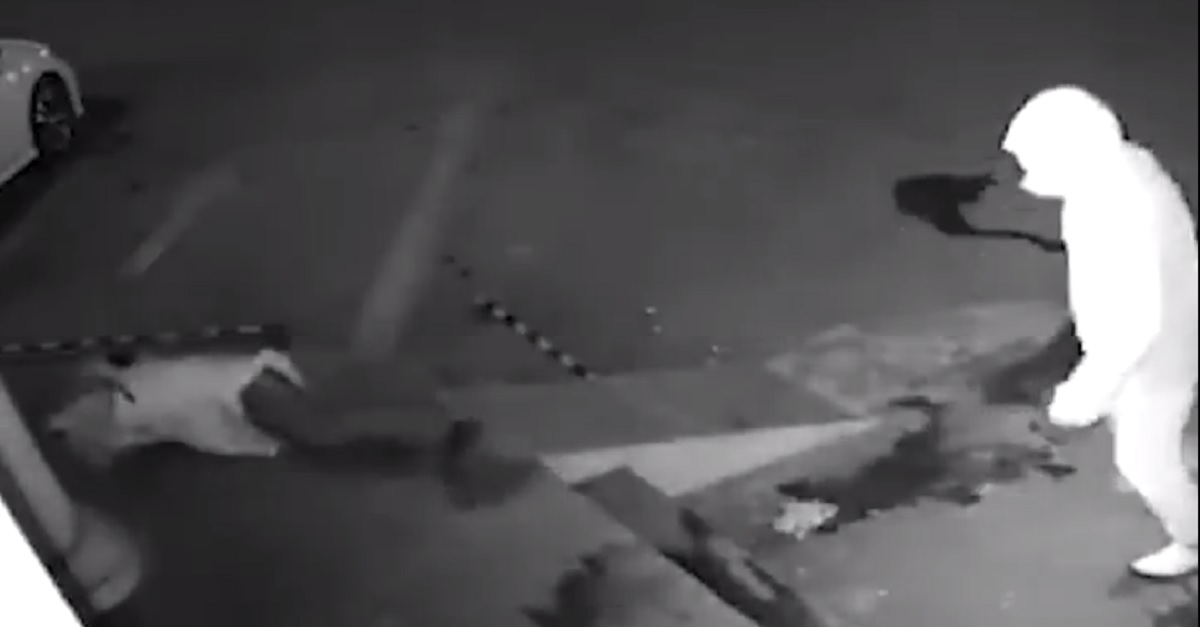 These two would-be successful burglars might have been thinking “crime pays,” but the surveillance video of their attempted break-in makes it more like, “crime pains.” They might be the dumbest criminals in the history of robberies, but who am I to judge. Actually, I don’t even have to judge with the South China Morning Post already posting the break-in video with the most appropriate background music.

According to the Daily Mail, the clip was recorded by a surveillance camera mounted to a building in Shanghai, China. In the early hours of Valentine’s Day 2018, the footage shows the two men strolling up to the building, each carrying their own brick, both a little overly eager to use their bricks to break the window just underneath the camera.

The surveillance video shows that as one burglar steps up pretty close to the window and begins to smash it with his brick, his partner-in-crime stands back and winds up to also throw his brick. But the man closest to the window moves away at exactly the wrong time, stepping backwards into the trajectory path of his partner’s brick just as he throws it.

The first burglar knocks out his partner with his own brick, and the hit is instant with the effects immediate. It’s lights out for the one would-be burglar, who’s dragged off-camera by his so called partner-in-crime. That’ll leave quite the mark.

The Shanghai Public Security Bureau, who released the clip on Chinese social media, reportedly wrote “If all burglars were like this, we wouldn?t need to work overtime,” per 9News. The Daily Mail reported that the footage had been trending with over 15 million views.

I’m sure the Shanghai Police Department had quite the laugh. And I’m sure any media outlet that reports the latest news had too much fun with headlines for this one. I can’t help but think about all the puns that came from reporting this story, “BREAKING NEWS: Burglar hits partner…I mean, burglar breaks partner instead of window.” Honestly, just give these guys an award for being the dumbest criminals ever.

Editor’s note: This article was originally published on February 16, 2018.

Watch: Steve Harvey?s Reactions to the Dumbest Answers Given on Family Feud Are Gold