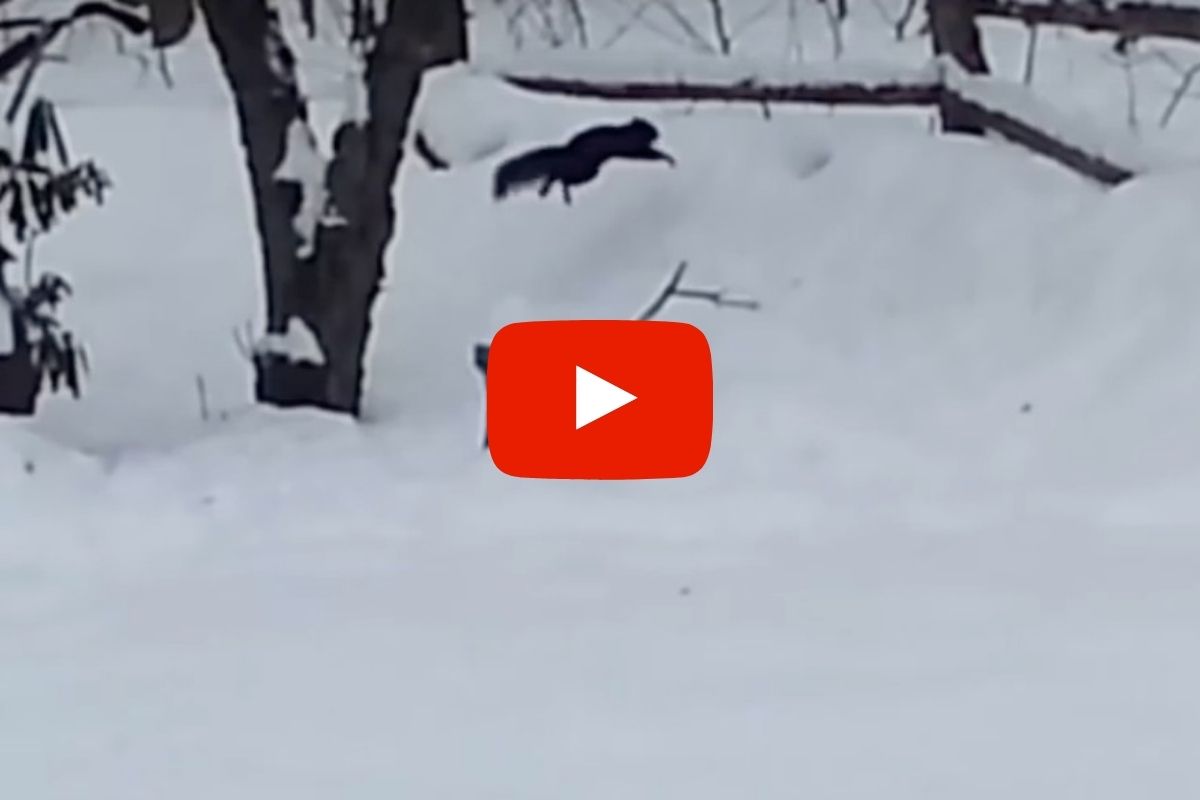 These people found the perfect snow day entertainment, right in their own backyard. At first, they thought the squirrel was hurt, as it was falling off the tree and hopping around a lot. It wasn’t long before they discovered it was drunk. It turns out it ate too many fermented crabapples. Though the effect of fermented crabapples on a human may not seem too harsh, for this squirrel it was like drinking a gallon of Jameson whiskey.

One indication of the squirrel’s condition is that it falls from a tall tree in the snowy back yard. He’s unable to perform some common squirrel maneuvers like climbing a small mound of snow. Several attempts leave him lying flat on his back.  The humans observing this think it is REALLY FUNNY.

Drunk Squirrel Had Too Many Crabapples

If you’re wondering if this is really a thing, turns out it is. There are a variety of animal and insect species that are attracted to overripe fruits and alcohol-rich nectar. Butterflies and moths are attracted to beer and wine. Deer often stumble around after eating fermented apples. Some have said that this squirrel might have just been injured, but it’s not out of the question that he was tipsy from his alcohol-laden snack.

Further research leads us down another path.  Scientists have studied whether animals get drunk on purpose and whether they enjoy it.  Their conclusion: some do and some don’t. But unlike humans, most animals do not seek out intoxication.