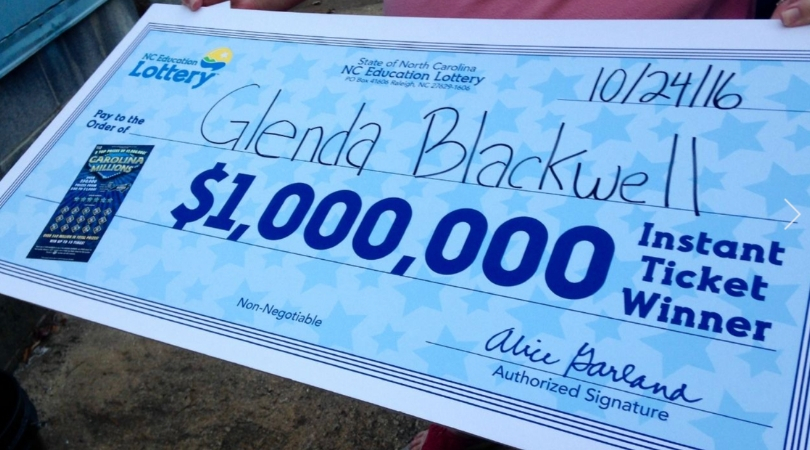 A few years ago, Glenda Blackwell, a North Carolina woman wanted to teach her husband a lesson. Or prove him wrong about the lotto. But it turns out that she got taught the lesson instead.

Blackwell, living with her husband, Buddy, in Leicester, North Carolina didn’t like her husband spending their money on lottery tickets. One Saturday, he asked her to buy him the lotto tickets, from the Suttles Quik Mart. She agreed to buy him the lotto tickets. Although he had requested the Powerball tickets, Glenda Blackwell had a snarky plan in mind. Then again, so did the universe. Instead of the Powerball tickets, Glenda bought Buddy a $10 Carolina millions scratch off. Glenda Blackwell said to CNN, “I was going to be ugly and buy a scratch-off to show him they didn’t hit”.

Welp. That wasn’t true. That $10 Carolina millions scratch-off ticket she spitefully bought was a jackpot. She won a whopping $1 million dollars from it. With her winnings, she ended up using the money to buy her own home, her own land, and offered some financial assistance to her daughter. She also put away some money for her two granddaughters.

Blackwell opted for the lump sum winning option, taking home a $415,503 grand prize. The other option would have been $50,000 yearly payments for 20 years. Blackwell chose that option because she had a history of health issues and wanted to get it all while she was still alive.

What do you say when you find yourself accidentally winning the lotto, that you played to prove to someone that they were wasting their time playing? “I had to eat my words, but they were worth eating,” a humbled, happy Blackwell said. No word on if Buddy is still shopping for lotto ticks, but our guess is no.