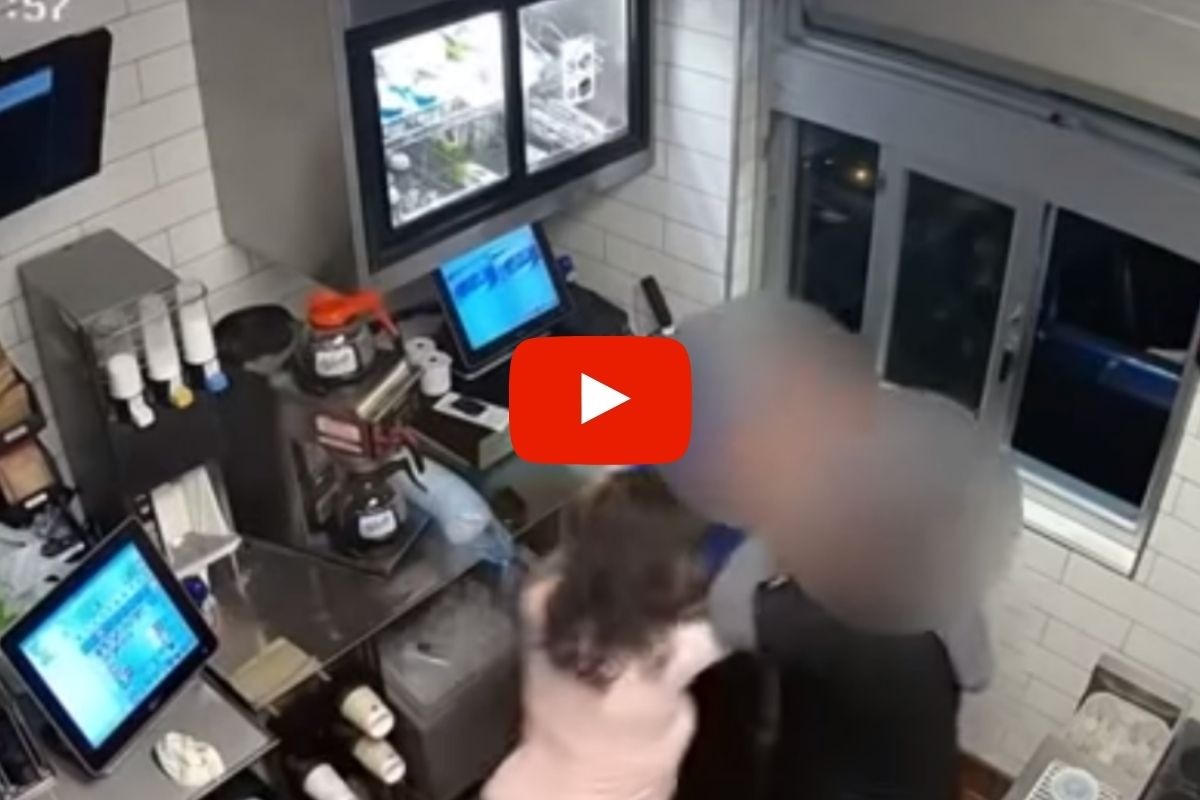 A California woman attempted to enter the employee back door of an Orange County McDonald’s in order to get some ketchup. Not because she forgot to grab some for an order. She just needed some ketchup. (She wasn’t really aware of how McDonald’s works.) Then, upset that the female employee who answered the back door would not just give her a handful of ketchup packets and send her on her way back out into the alley, the woman attacked.

This lady really needed ketchup (or to come down, one of those two for sure). The entire altercation was caught on video and the weirdest part, really, is how none of the other McDonald’s employees did much to help their coworkers. For a while.

I mean, damn. She’s getting attacked. Over ketchup. So, in other words, she’s getting attacked by an insane person. Maybe do more helping and less wondering, “Oh wow this is weird I wonder what’s happening?” A crazy lady popped in through your back door and started trying to hurt people for ketchup! There’s no need to gather more information.

The Santa Ana Police Department summarized the incident on YouTube.

On 10/27/18 at approximately 11:00 PM, the suspect entered the McDonald?s restaurant from the employee back door and asked for ketchup. When the store manager said she could not be in the building, the suspect became combative. The suspect pushed, punched, and choked the victim. If you have any information as to the identity of this individual, please contact PIS L. Delisle at (714)245-8647 or Orange County Crime Stoppers at 1-855-TIP-OCCS.

Not to diminish what happened here, but as far as a nighttime altercation at fast food restaurant backdoors, this one could have turned out so much worse. No one was shot. No one was stabbed. No one was bitten by a drug addict with hepatitis. No one was even kidnapped and found in pieces in some nearby woods. Just take it on the chin and move on.

Editors Note: This article was originally published on November 14, 2018.