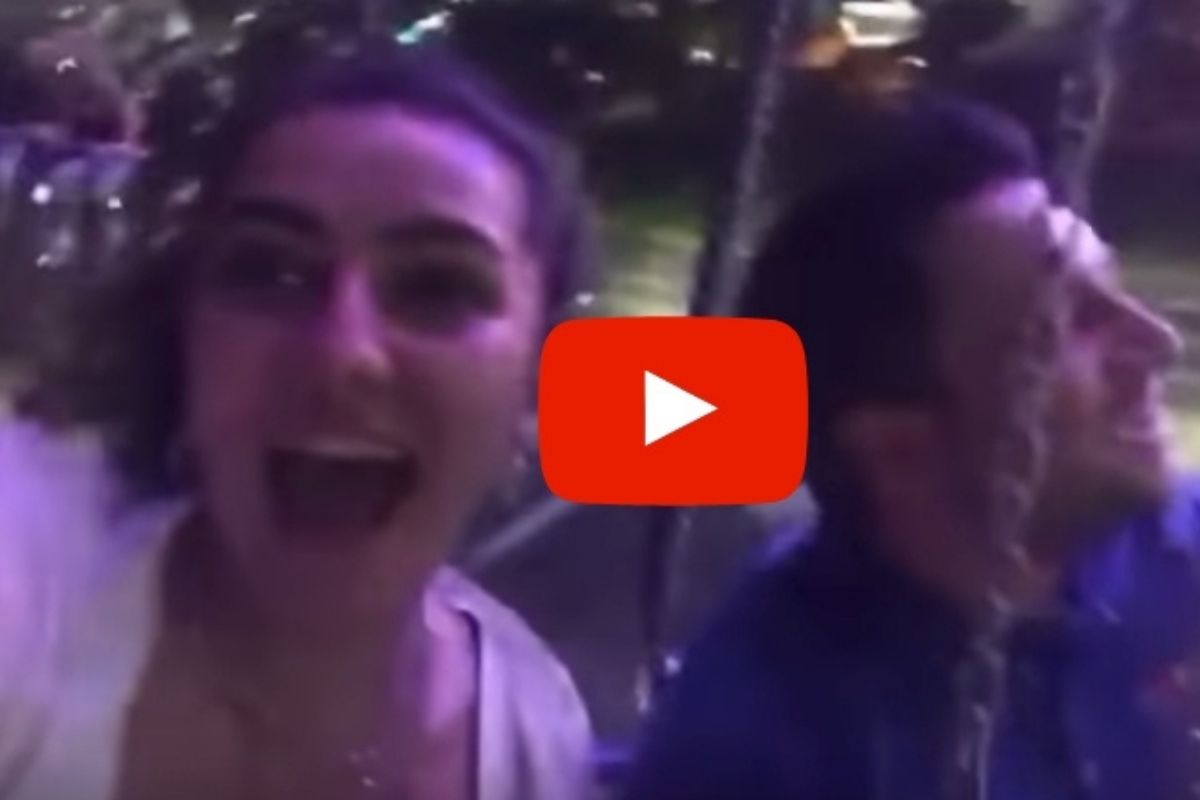 It’s been a big debate since the iPhones were released. Some people love them, some people hate them…there is no in between. Personally, I love iPhones until something happens to it, then I get angry, accept my fate, and then love it again. You see, I’m clumsy. I drop everything, I fall everywhere and break everything. So, safe to say that I’ve made a few mistakes here and there when it comes to cracking or breaking iPhone’s because my screen always manages to break. But this video, this video proves to me that sometimes iPhones are truly remarkable.

Have you ever dropped your phone and begged to all Gods for it to be okay? Well, I’m pretty sure this is exactly what this woman did because she didn’t just drop her phone, she dropped it 450 feet down! Yes, this woman was riding the world’s tallest swing ride at Magical Midway Thrill Park in Orlando, Florida and accidentally captured the wonderful but scary incident.

Despite the warning by management to not bring your phones on the ride, Cansel Yildirim decided to take out her iPhone 7 plus and record. Because well, everyone needs to record their first time on the Starflyer. After filming just over 30 seconds, Yildirim loses her grip on the phone, shrieks in horror, and down the phone goes more than 400 feet below.

It’s a really an impressive video if you think about it. It kind of makes you feel like you’re falling without actually falling. So many lights, so much color, it’s just wonderful and terrifying at the same time. Safe to say that once the ride was over, she immediately used the Find My iPhone app to locate the device. Which miraculous, only suffered minor damages even though it wasn’t in a protective case! That’s right, no crack at all. Makes you question her luck! Give this woman a lottery ticket asap.

This really could have gone terribly wrong! Imagine if that phone didn’t hit the ground, rather just hit someone on the head! That’s a pretty steep and fast fall, that would knock someone out for sure! Yikes! Be careful out there, we don’t want anyone suing anyone for flying phones. Hey Samsung, can your galaxy fold do that?

Watch: Iconic Bridge Gets a Makeover After Hundreds of Suicides