McDonald’s Manager Throws Blender at Customer After Complaining About Order 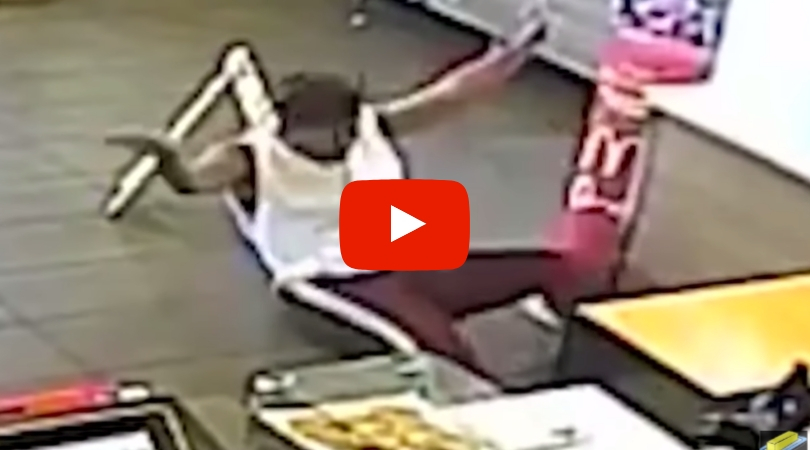 Oh man, it looks like this Ohio McDonald’s manager was having one heck of a day. Turns out the manager was fired after throwing a literal blender at the face of a customer during an argument inside the fast food restaurant. The victim, Britany Price suffered a broken cheekbone and broken nose after the incident, which took place at a McDonald’s near Ronald Reagan Highway in Colerain Township.

Price stated the argument began when she came into the store to complain about a mistake with her drive-thru order. Surveillance video of the incident shows Price waiting more than 20 minutes before then going back to her car to get her food and asking for a refund. She accuses McDonald’s staff of directly ignoring her.

The McDonald’s customer then begins to throw the food towards the manager, before a blender comes from out of nowhere and hits her straight in the face and sends her to the ground. McDonald’s responded to the incident saying the safety of their customers and employees is of utmost importance to them. They are apparently looking into the matter and will take appropriate steps once their investigation is complete.

McDonald’s management did confirm the former manager, Nashawnda Johnson, is no longer employed by the organization. As far as criminal charges, the Hamilton County prosecutor’s office has not failed any in relation to the incident, but let’s be real some hefty big civil lawsuits are coming to that manager’s doorsteps soon.

As far as Johnson’s feelings towards this whole incident, her statement did make me chuckle quite a bit which kind of makes me feel sorry for the manager instead of the victim herself. She stated. “As me, walking away from the register, going to the back, she just started assaulting me from the back. She threw a chocolate milk and hit me in the head with it as I had my back turned. So I turn around. Here comes the apple juice. Hit me in the face. All the Happy Meals and the brown paper bags. She just started going crazy. So every action has a reaction. So while I’m getting assaulted, I just picked up anything that was right there and just threw it back at her.”

Johnson did say that she does regret throwing the blender and is now looking for a new job, preferably one that doesn’t have rude customers. Should this woman have thrown the blender at another woman’s face? Probably not, that’s a tad excessive. But I will say this, if you’re going to be rude to someone who made your food and you probably paid $10 for, the least you can do is be respectful. Your order was wrong, I understand you get frustrated because you get hungry, but at the end of the day, they are just humans as well. We all make mistakes girl, talking can solve a lot of problems. Plus, McDonald’s cheeseburgers are definitely not worth the fight.

This article was originally published on October 25, 2019.