Man Whose Home Used to be Hospital Catches Ghost on Camera 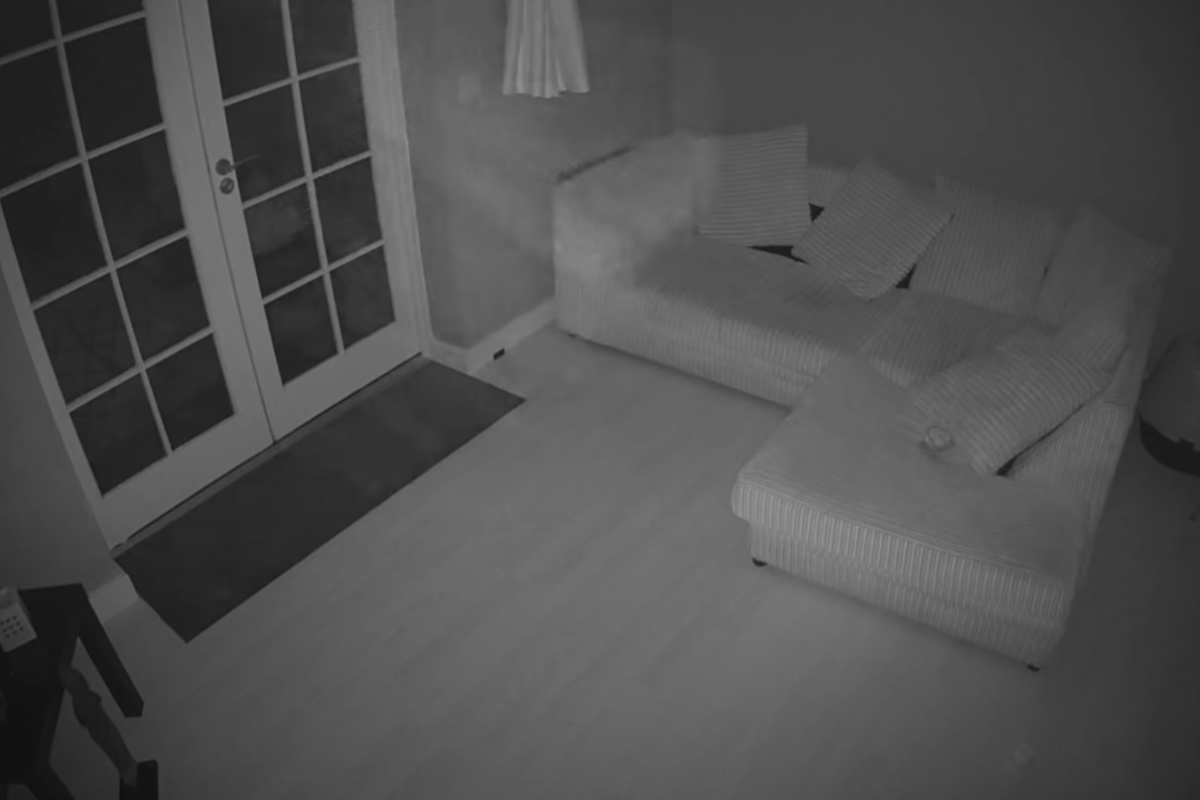 A creepy clip from a home in Kent, England has a homeowner starting to seriously consider the possibility that his house could be on an episode of Ghost Adventures.

Stephen Lee uploaded the clip to YouTube. Initially, he was shy about calling anything a ghost sighting, saying “Im [sic] a little unsure as to what it is. We are not near any roads so definatly [sic] no car headlights.”

In the clear camera footage of Lee’s newly discovered paranormal activity, an empty room is first visited by an “orb”-type apparition that appears to come out of nowhere. Next, a much larger white presence washes in from an exterior door — which Lee says faces a private garden. Finally, a third pale figure crosses to the right in the same direction as the other two, this one with a distinct walking motion.

The cameras were originally installed to monitor Lee’s French Bulldogs, not provide a virtual ghost tour.

Since he captured the footage, Lee says the home — which was once a city hospital — has hosted a series of strange events. Recalling the night of the clip, he told the Daily Mail “On the run up to the footage our youngest dog, still a puppy at this stage, kept staring into our hallway and on a couple of occasions growled. But we just dismissed this and thought he was still settling in.”

Lee, who describes himself as a “skeptic,” says he has no explanation for the event (other than making a home in an abandoned hospital) and knows of no light phenomena that could have produced the effects. As the door faces a private garden, there was no other source of light. It doesn’t take a ghost hunter to figure out that there’s probably something spooky going on here.

But there have been other phenomena in the haunted building he calls home that has also changed his mind, too. Lee says Christmas lights put up in the home “flickered on and off” constantly and that some items in his house have been mysteriously thrown to the floor. Plus the transparent little girl who keeps showing up in the garden crying blood is a literal dead giveaway. (Kidding, that’s not happening.)

“After watching the footage a billion times I finally accepted it was likely to be something supernatural,” he says.

So there it is. Don’t live in old buildings people regularly died in unless you want to live like it’s Halloween every day. Really just don’t live in any former healthcare facilities. And, based on how terrible insane asylum, sanatorium, nursing home, and hospital ghost stories in particular are — they are the most haunted places and aggressively so at that — definitely don’t live in something that used to be, say a state hospital during a pandemic unless you want you and your family members to live the scariest existence possible.

This story was originally published December 18, 2017.

Watch: A Nursing Home Security Guard Caught a Ghost on Video, and We?re Creeped Out