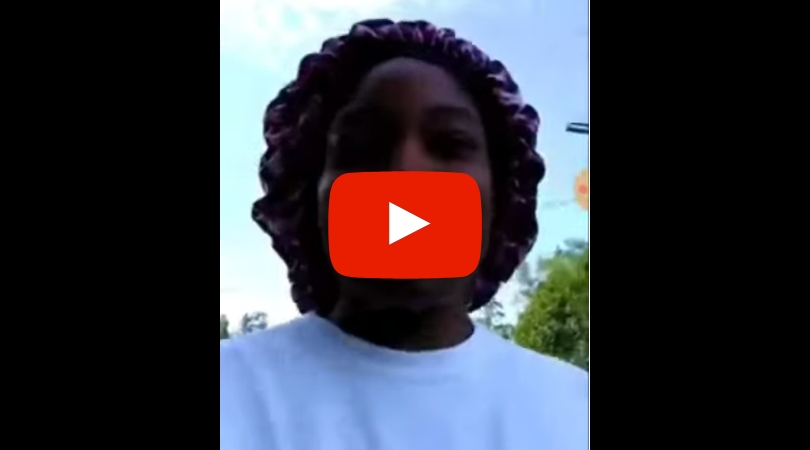 A Georgia woman is now being investigated by authorities after she went on a viral Facebook live rant claiming she was HIV-positive and intentionally infected others. Americus Police Major Herman Lamar she said they received several tips of a video, and quickly identified the woman as Brandi Yakeima Lasiter. Or as I want to call her, the lunatic of the block.

The one minute video shows Lasiter ranting off a list of men that she had allegedly infected, along with their wives and girlfriends. She literally brags about getting revenge on the men’s saying that she always gets the last laugh. Lamar stated one of the men named in the video came forward and then filed the communication harassment complaint.

Lasiter told police she made the video because she was angry at the people she was naming. The woman provided documentation of a blood test from September 2018 that shows that she was not HIV positive and voluntarily submitted a new blood test. Those test results will determine whether or not she should face charges.

As of yet the Americus police department has not filed any charges against the lunatic, but she is identified as a suspect in the case. Of course, I don’t need to remind you that it is a felony to knowingly transmit HIV, because duh. Y’all know this.

According to Georgia Department of Public Health documents, 2,698 people in the state were diagnosed with HIV in 2017, which is the most recent statistics. Georgia law uses a reckless conduct code to criminalize not letting your partner know your HIV status. Georgia Code 16-5-60 outlines by the situations where a person can be charged for not disclosing it.

In addition to not telling your partner significant other, if you do know your status, you can be punished for donating blood or other bodily fluids. Choosing not to disclose your status can also add the charge to prostitution and sodomy cases. The code punishes those who allow others to use a hypodermic needle or syringe they previously used. These are all considered felonies.

My question here is, why go through so much trouble? I get revenge is revenge, sure, but this is too much. You don’t play with these type of things, this is terrifying and just plain cruel. You seriously have to have something wrong in your head for you to rant about stupid stuff like this. This a serious problem, and you are messing with people’s health. I really hope this woman at least gets fined because this is too much and ridiculous.