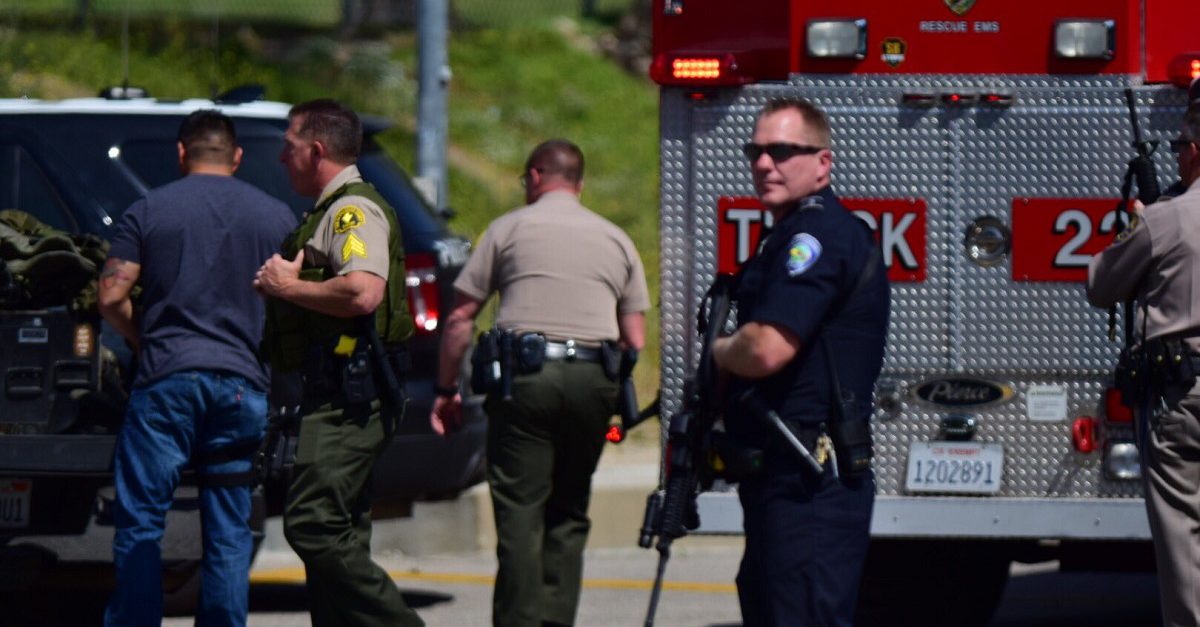 KTLA-5 and San Bernardino authorities are reporting multiple victims in a shooting in a classroom at North Park Elementary school in San Bernardino, California. Spokesperson Eileen Hards of the San Bernardino Police Department confirmed to KTLA that a shooter entered the school.

Associated Press reports that one of the four shot in the classroom was a teacher. They say two adults are dead in the shooting, and two students have been hospitalized.

Chief Jarrod Burguan of the San Bernardino Police Department is on the scene. He posted several updates to Twitter, one of which indicates that the incident is “believed to be a murder-suicide.” The suspect is “possibly down as well.” Two students have been hospitalized at this time; there are at least four victims, including students and teachers.

As this is a breaking story, details are subject to change.

Students at Cal State Bernardino are sheltering in place “until further notice.”

Preliminary info is 4 victims, being treated. Suspect is possibly down as well.

We believe this to be a murder suicide. Happened in a class room. Two students have been transported to the hospital.

Students at the school are be taking to cajon high school for safety.

Law Enforcement from all over the region respond to shooting inside NorthPark elementary school in San Bernardino pic.twitter.com/8foxQaTQWR

Though this is the 121st incident in 2017 in which four or more people have been shot at once, it is just the 100th day of the year.