Remember When Pablo Escobar and His Son Visited the White House? 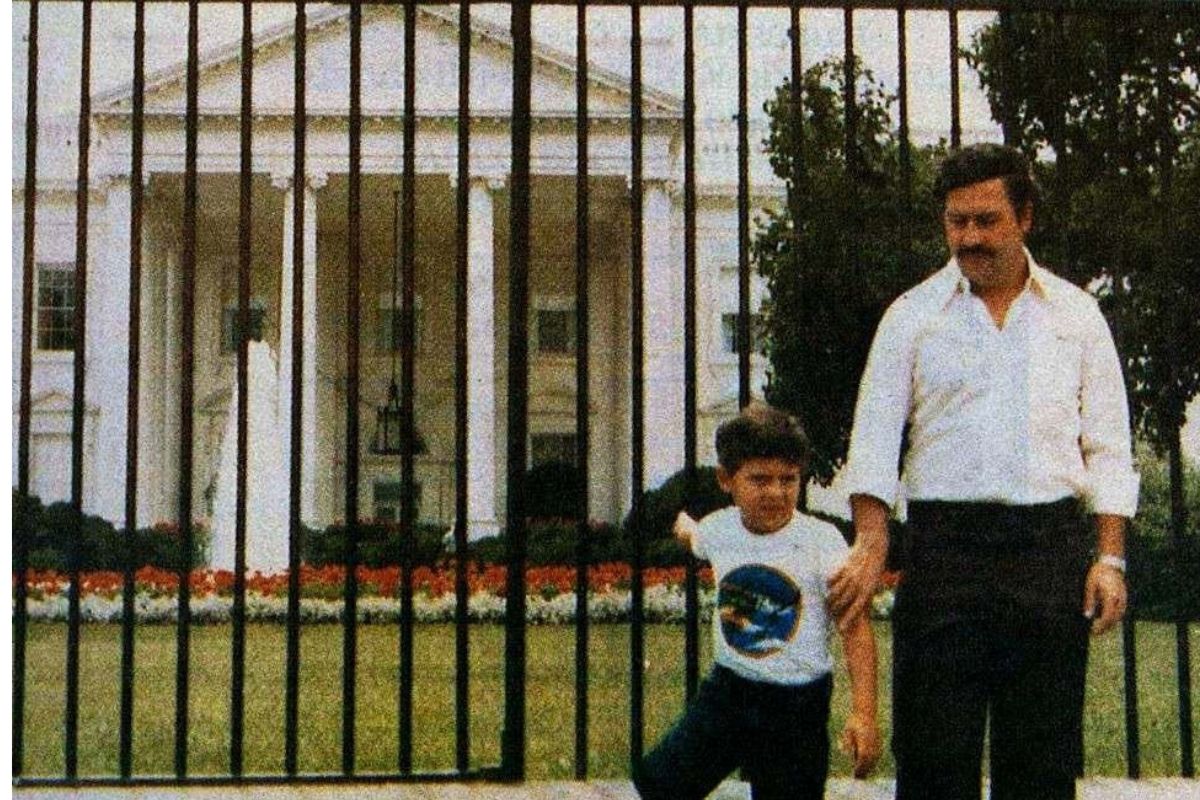 The 2010 HBO documentary Sins of My Father and The 2015 Netflix series Narcos both rekindled public interest in Pablo Escobar, former head of the Colombian drug cartel and one of history?s biggest drug lords. The latter also gave us a now-infamous photograph of ?the king of cocaine? and his son, Sebastián Marroquín (born Juan Pablo Escobar), brazenly posing in front of the White House in 1981.

Pablo Escobar and Family Go to the White House

HBO?s Sins of My Father tells the story of the drug kingpin not just as a crime lord but also as a father, as seen through the eyes of his only son. The photo unearthed by the documentary was taken by Escobar?s wife Maria Victoria. It could be any family vacation souvenir if you weren?t familiar with its subject. The Colombian kingpin holds his young son?s arm in front of the White House fence, standing in the open on the public Pennsylvania Street sidewalk. The Escobar family trip to the United States from Colombia reportedly also included a visit to Disneyworld.

At the time of the photo, Escobar was striving to cultivate the appearance of a legitimate politician, and the following year he was briefly elected as an alternate member of the Columbian Congress. But his political ambitions were short-lived, with the source of his enormous wealth proving impossible to hide.

What Happened to the Famous Colombian Drug Lord?

At the height of his career, it?s estimated that Escobar?s Medellin cartel was supplying 80 percent of the world?s cocaine and raking in $420 million USD a week. The finances of any criminal enterprise are always murky, but Escobar’s massive operation undoubtedly secured his spot on every ?wealthiest drug lords of all time? list and made him a billionaire. By his death, he?d secured a net worth of $30 billion?closer to $60 billion in today?s dollars. In comparison, Joaquin ?El Chapo” Guzman had an estimated net worth of $2-4 billion in 2016.

Escobar was gunned down in 1993, but his image lives on as the quintessential peak of narco power and wealth, still trending on social media sites on a regular basis. There were, of course, the ?Waiting Pablo Escobar? memes featuring stills from the Netflix series. The iconic White House photo was popular on both Reddit and Imgur, and there?s an endless supply of wall art, coffee mugs, and t-shirts featuring pics of both the drug lord?s vacation photo and mugshot.