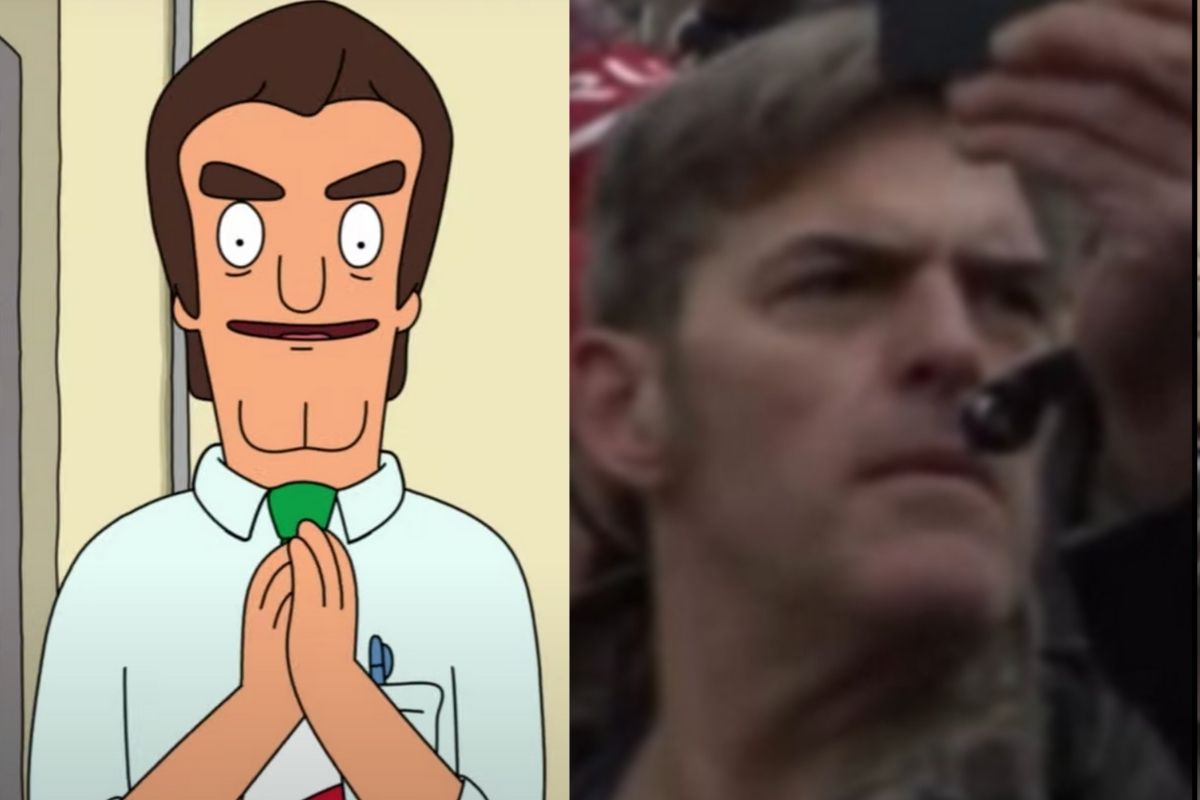 Comedian Jay Johnston is now the subject of online accusations linking him to the January 6 assault on the U.S. Capitol. Since the attack, the FBI has been utilizing social media to track down those unlawful intruders who stormed the government building. On March 4, the agency tweeted a zoomed-in photo from the Capitol riot, requesting, “If you know this individual, visit http://tips.fbi.gov. Refer to photo 247 in your tip.” From there, it did not take long for Twitter users — and two of Johnston’s fellow comedians — to speak up, allegedly confirming his identity.

The topic is currently trending on Twitter, but as of now, no formal charges have been made at this time.

The #FBI is still seeking information on people who took part in the violence at the U.S. Capitol on January 6. If you know this individual, visit https://t.co/iL7sD5efWD. Refer to photo 247 in your tip. pic.twitter.com/CetMHzU190

Jay Johnston, 52, is a well-known actor and comedian. He rose to prominence during the mid-’90s on the HBO sketch comedy series, Mr. Show. Though the series starred Bob Odenkirk and David Cross, Johnston was a featured performer and credited as producer. Later, Johnston appeared regularly as Officer Jay McPherson on The Sarah Silverman Program.

Currently, Jay Johnston stars on the animated FOX sitcom Bob’s Burgers. He lends his voice to the role of Bob’s neighbor-nemesis, Jimmy Pesto.

Responding to the FBI tweet, many Twitter users noticed the resemblance between the man pictured and Jay Johnston. But it was tweeted by two fellow comedians, Tim Heidecker and writer Ryan Ebert, that got the public thinking this information was seriously true. Heidecker, who co-hosted The Tim and Eric Show for years, is objectively the most recognizable name involved in this story. He was also once a collaborator on The Sarah Silverman Program, working directly with Johnston on at least one episode. This makes Heidecker seem like a reliable source, at least in terms of identifying Johnston’s face.

However, Tim Heidecker has removed his original tweet linking Jay Johnston to the FBI request. He then shared another, more carefully worded, message on the matter. Due to both Heidecker’s and Johnston’s penchant for edgy comedy, some fans wondered if the entire allegation was a joke. But the serious tone of Heidecker’s latest response seems to skirt that possibility.

i deleted the tweet because its was a reply to someone who asked and shouldn't be used as some kind of official source of information or verification.

(Editors Note: This is an evolving story.)

WATCH: President Joe Biden Once Claimed He Was Arrested for Trespassing at the US Capitol