Mr. Potato Head Gets His Pronouns Back 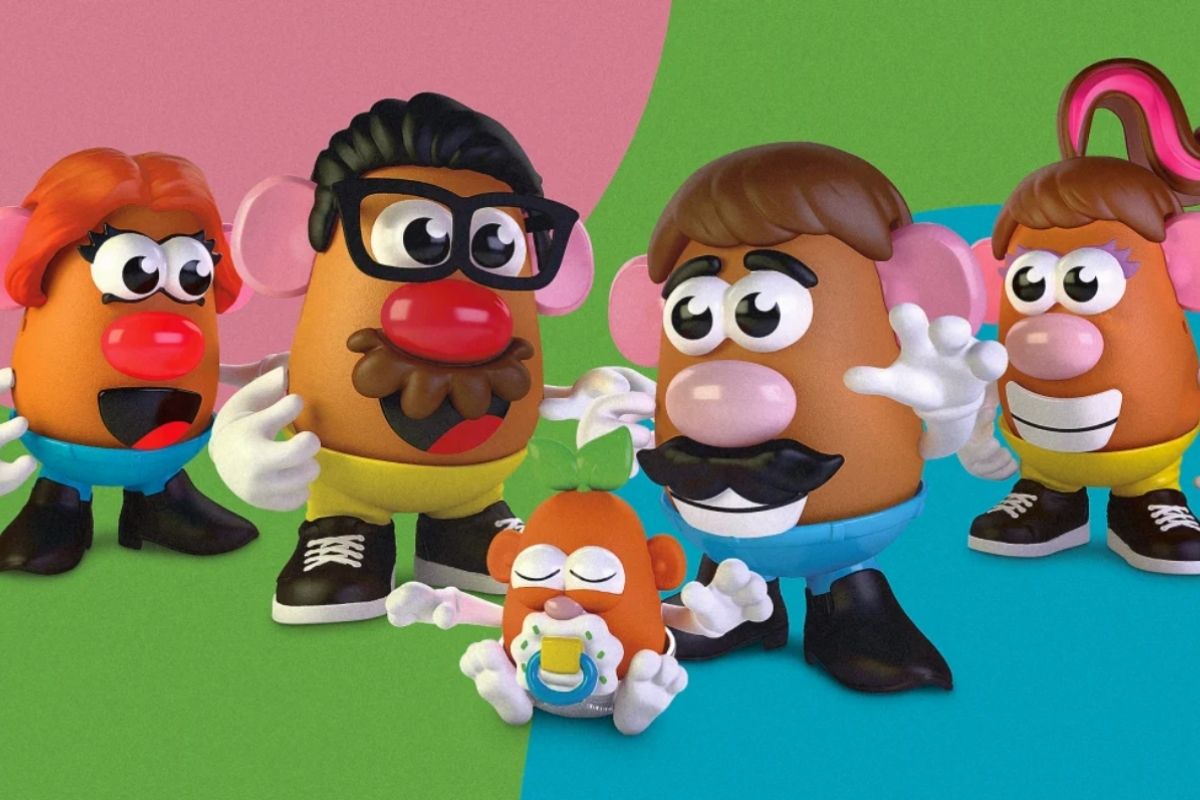 Yesterday the toy giant Hasbro announced that Mr. Potato Head, and his wife Mrs. Potato Head, would be rebranded as a single gender-neutral “Potato Head” toy line. Now, they have retracted that decision. This frantic tweet from Hasbro says it all.

Mr. Potato Head has gone through a lot of changes over the years. When the children’s toy was first distributed by Hasbro in 1952, it was just a collection of separate plastic parts for kids to stick inside of real potatoes! (After parental complaints of rotting vegetables, the plastic potato was introduced in 1964). And now, Potato Head — minus the Mr. — can add gender fluidity to its list of modern updates.

The History of Mr. and Mrs. Potato Head

Mr. Potato Head is more than just a plastic toy. In 1949, the Brooklyn toymaker George Lerner revolutionized the art of children’s play by inventing a toy that kids could design themselves. What began as a bundled set of plastic body parts attached to pins grew into the massively successful franchise we know today. In 1951, the Hasbro company — then called Hassenfeld Brothers — bought the rights to Lerner’s product for just $7,000 (plus 5% royalties). At the time, the parts were being distributed as cereal box prizes. But it didn’t take long for Hasbro to create a new, and highly strategic, business model.

Long before the advent of games like Monopoly and Scrabble, Mr. Potato Head put Hasbro on the map. The company marketed Mr. Potato Head directly to children, as opposed to their parents, through eye-catching TV advertisements that ran throughout the early 1950s: a genius play. The sales of Mr. Potato Head were an unparalleled success. In 1953, Mr. Potato Head’s family was added: Mrs. Potato Head, and their children, Yam and Spud.

In 1995, Disney’s Toy Story reintroduced the Potato Head family to a new generation of kids who then tinkered with the trinkets imagining the celebrity voices of Don Rickles and Estelle Harris. And now, a new era has dawned in the great American story of the Potato Heads. Today, Hasbro announced that the toy will be rebranded as a single gender-neutral “Potato Head” toy line.

Ali Mierzejewski, editor in chief of The Toy Insider, told the Associated Press: “It’s a potato. But kids like to see themselves in the toys they are playing with.” Hasbro is not the first toy company to expand marketing to include more diverse options. Mattel has actively pushed against Barbie’s “blonde image” in recent years, adding new dolls with a range of skin tones, body shapes, in addition to a gender-neutral line in 2019. Thomas the Tank Engine, another Mattel toy line, had added more girl characters. Even American Girl Doll now sells boy dolls!

The LGBTQ non-profit GLAAD applauded the move by Hasbro, saying:

“Hasbro is helping kids to simply see toys as toys, which encourages them to be their authentic selves outside of the pressures of traditional gender norms.”

The move by Hasbro, on its surface, might have seemed reductive to the long-established Mr. Potato Head identity. But in essence, the decision honored George Lerner’s original intent: for children to become the architects of their own toy’s look and destiny. However, now that Mr. Potato Head will apparently remain as is, we can say goodbye to the fantasy of any rebranded Potato Head family…

Mr. Potato Head has long been considered a “boy toy” with his romantic partner Mrs. Potato Head being marketed to the girls. But it looks like Hasbro is holding on to the heteronormativity of the Potato Head brand. And just when we thought kids could enjoy their plastic spuds in a non-binary domestic partnership… Maybe the Potato Heads would have entered into a polyamorous relationship with the nearest Barbie. The extent of this modern family would have depended entirely on the imagination of your child. And now we’ll never know!

Editor’s Note: A version of this article was originally published on February 25, 2021.