College Student Drives Barbie Jeep Around Campus After Getting DWI 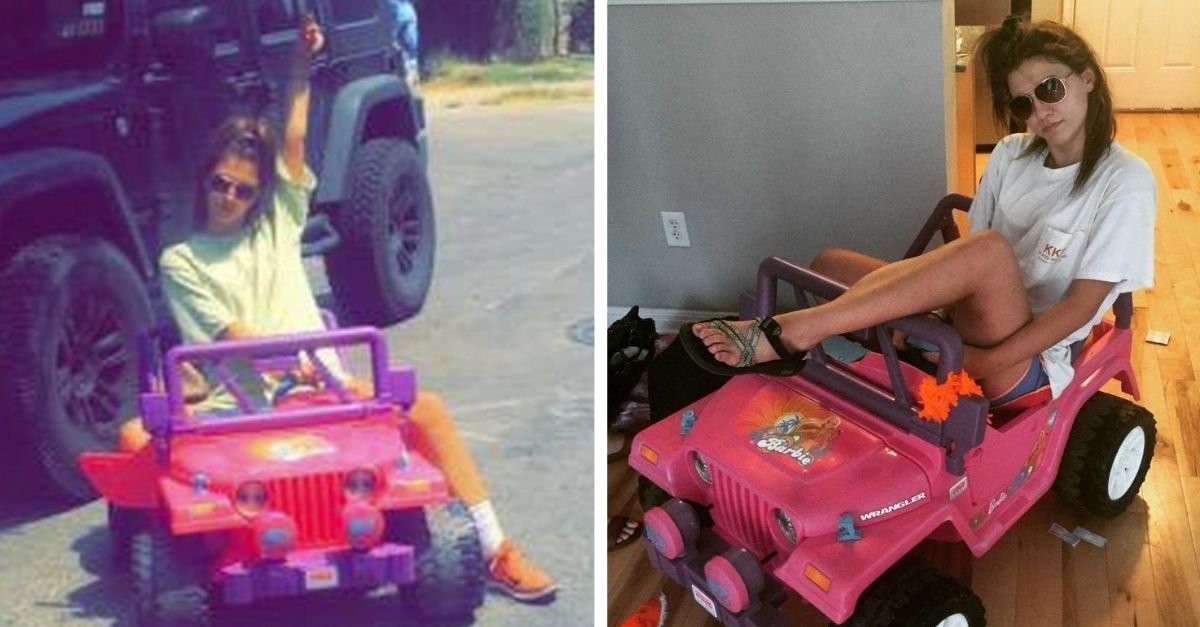 Ah, I love college students. It can seriously go two ways when it comes to being a college student. You can be one, be the smartest person there and get your degree with flying honors, or two, you are really just there to enjoy the college experience and freedom by partying your life away. No in-between, really. Which is why I knew I had to write this story.

Usually, when someone gets arrested, they feel utterly ashamed and want the world to swallow them whole. But not this girl, this girl decided to defend her actions at all costs. Tara Monroe was hit hard with a DWI charge after refusing to take a breathalyzer test after a Waka Flocka concert she attended. Which means her license was yes, automatically suspended.

A Texas State Student Replaced Her Car with a Toy Barbie Jeep After Getting a DUI http://t.co/cV050rpyek pic.twitter.com/SUBnEiTPty

Though she took the charges very seriously, Monroe wasn’t going to let that stop her from moving forward. While at her time at Texas State University, where she was on the Dean’s List as an industrial engineering student, she decided to take matters into her own hands. She said she’s not really into using a bus or you know, riding a bike, because it’s not her style. She even admitted to Inside Edition that she was indeed special when it came to public transformation. She stated, “I’m kind of a diva I’ll admit. I don’t like to sweat. I don’t like to work out,”

Apparently her dad had even given her a bike to ride around campus, but nope, the Texas State student didn’t want to put in that leg work. So she resorted to the next best thing, a small pink Barbie Jeep. Yes, her perfect mode of transportation was one battery-powered child Barbies Jeep Wrangler that she found on Craigslist. Monroe stated, “When we drove up to buy it Charlene asked where the little one was to test drive it to which I replied, ‘I am the little one,’” a 5′ 3.”

So yes, Monroe was seen riding the 12-volt battery car, all around campus to get to class. Apparently it went pretty fast for her too. Honestly, this is hilarious imagine seeing someone just cruising around in one of these things in the middle of the road in San Marcos. Lordy, lord, this woman deserved to go viral on social media. Hey Monroe, if you’re reading this, just know that your story will live on forever. She will be lived on as the Texas State legend. Talk about making the best out of a bad situation.

Watch: This Food Network Star is Getting Her Own Barbie Doll