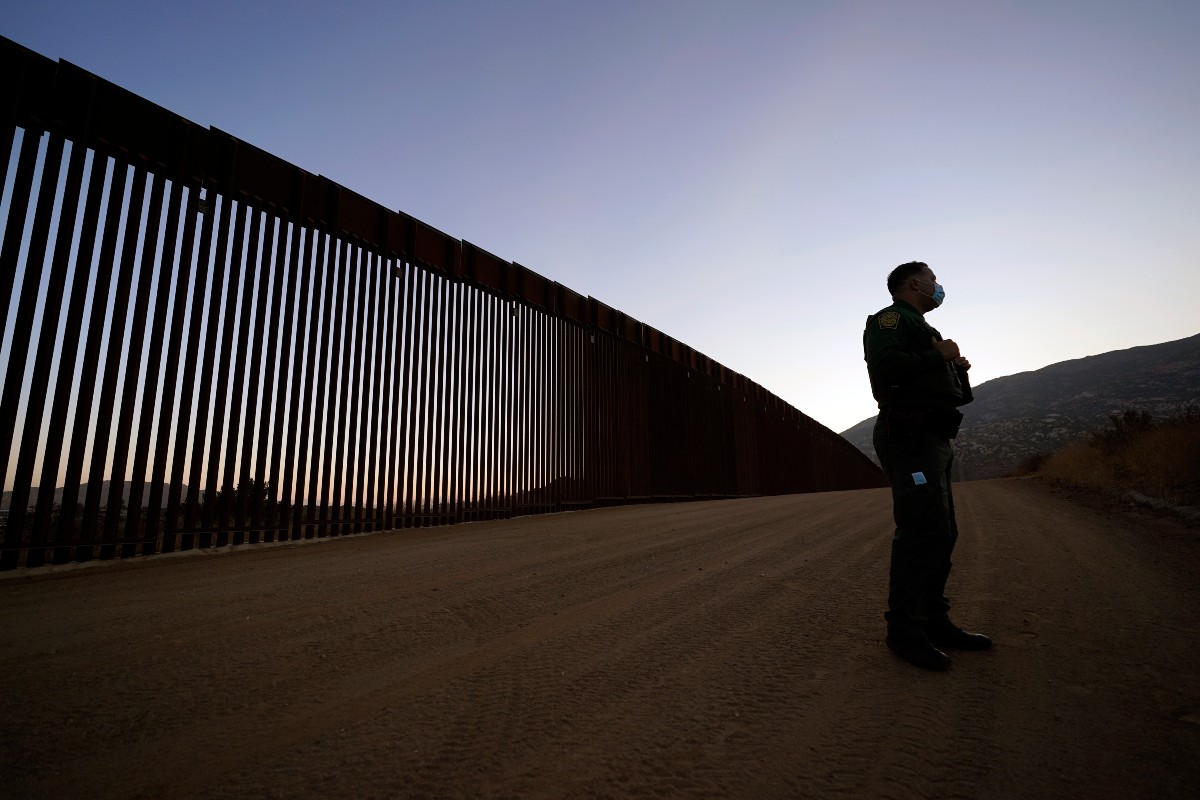 Erecting a “big, beautiful wall” between the U.S. and Mexico was the promise that energized former Republican President Donald Trump’s 2016 presidential run. But by the time Trump left the White House in 2021, the length of border fencing was well short of the 300+ miles Trump pledged. During Trump’s term, the president constructed only around 40 miles of new barriers where none existed before.

Trump initially said the wall would cost $8 billion, or perhaps $12 billion, and that Mexico would pay for it. In the end, the whole project would cost $15 billion, and it was the U.S. taxpayers who foot the bill. And — to add insult to injury — the Trump’s billion-dollar border wall is reportedly being foiled by homemade ladders that cost an estimated $5 to make, according to a report released by Texas Monthly on Wednesday.

Now, the very expensive stretch of the U.S.-Mexico border wall is being thwarted by hastily built ladders made of cheap, rough wood. Further upriver, rope ladders are more common. “Unlike the wall, these ladders are functional,” Scott Nicol, a local artist and activist, told the Texas Monthly.

Nicols said he has been seeing more and more discarded wooden ladders along the U.S. side and lying await on the Mexican side — proof, he claimed, that the wall is ineffective in stopping migrants or smugglers.

“Border walls are just backdrops for politicians who want to rile up their voters,” Nicol said. “They have political value, and that’s what counts.” Despite the wall’s shortcomings, U.S. Border Patrol agents insist the border fence does help them stop unauthorized immigrants from crossing into the U.S. . “Nine times out of ten we’re going to catch them,” McAllen-based Border Patrol agent Chris Cabrera told Texas Monthly, in regards to migrants who cross the border using ladders.

Other Instances of Undocumented Migrants Crossing the Wall

This isn’t the first we’ve heard of undocumented migrants using ladders to foil the wall. Last year in February, El Paso Times reported that smugglers from Juarez were scaling the wall with camouflage ladders. In June 2020, a Mexican media outlet reported that human smugglers were using PCV pipe ladders to cross the Mexicali-Calexico border fence.

Despite reports, Customs and Border Protection has denied the wall’s vulnerabilities. “Any characterization that the wall isn’t working is simply false,” a spokeswoman wrote in an email to Washington Examiner. “The wall is working and is providing additional capability that Border Patrol agents have asked for. What we’re building is a wall system, which includes cameras, sensors, infrastructure and border patrol agents to ensure we ultimately apprehend the criminals trying to defeat it. When someone builds a ladder in attempts to illegally enter the United States and a border patrol agent is standing there to arrest them because of the technology that gave them a heads up, that’s a win.”

The latest report of DIY ladder crossings comes amid heated debate in the U.S. over immigration laws. In 2021, there has been a surge in the number of immigrants trying to cross the Mexican border into the U.S.

President Joe Biden promised never to build “another foot” of Trump’s wall. On his first day as President, Biden signed an executive order that ending the national emergency at the border and launching a 60-day review of the project, halting all construction and calling for a strategy to redirect remaining funds.

Now, however, with the 60-day mark long passed, the wall’s future remains unclear.