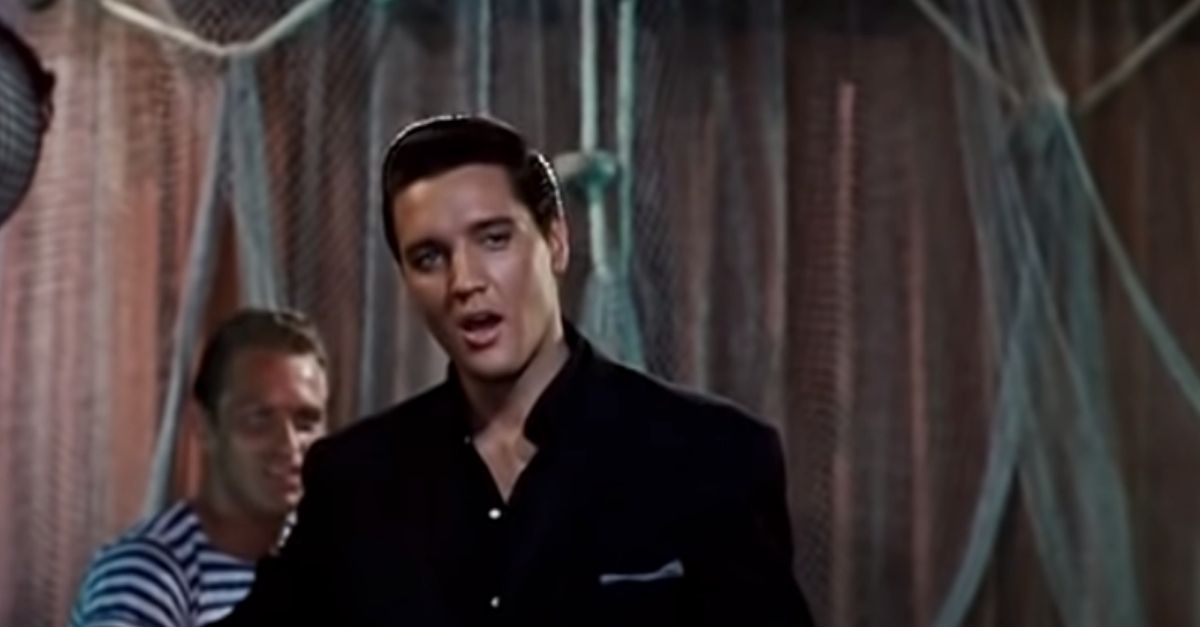 My gosh, just look at this handsome man. Oh, how I wish I was born during the Elvis Presley era. I would have killed to see this talented man in concert, and just dance the night away while listening to his songs. I mean, I still do dance along, but I guess it’s different. There’s something about those times that make me so excited. From Jailhouse Rock, Heartbreak Hotel, Can’t Help Falling in Love, the American singer captivated the hearts of everybody.

Which is why I had to share one of my all-time favorite videos of the King of Rock and Roll himself. Return to Sender was released by the singer in 1962 and was performed in the film Girls! Girls! Girls. The song was written by Otis Blackwell and Winfield Scott, published by Elvis Presley Music. The song quickly peaked at #1 on the UK Singles Chart and was the UK Christmas number one song of 1962. So, safe to say it was a fan favorite for quite some time.

As far as in the United States, it reached #2 on the American Billboard singles chart and was bumped out by The Four Seasons’ Big Girls Don’t Cry. But, being the great song it is, the top hit single reached number 1 on the Cash Box and Music Vendor. The song was quickly certified “Platinum” by the RIAA for sales in excess of one million units in the United States.

Did you know Presley performed and recorded the song in only two takes? The pop and rock and roll song was one of the most well-known songs that brought back his earlier work that fans loved. According to Untold Gold: The Stories Behind Elvis’s #1 Hits, written by Ace Collins the song “recaptured the happy enthusiasm and unbridled joy” of rock and roll music in the mid-1950s. The song is about a heartbroken loving man who keeps sending mail to his “lover” making it the perfect love song for those who want to keep their hopes up when it comes to love.

Watch: There Are Some Convincing Conspiracy Theories About Elvis Being Alive