Why Ann-Margret Knew She Had To Break Up With Elvis 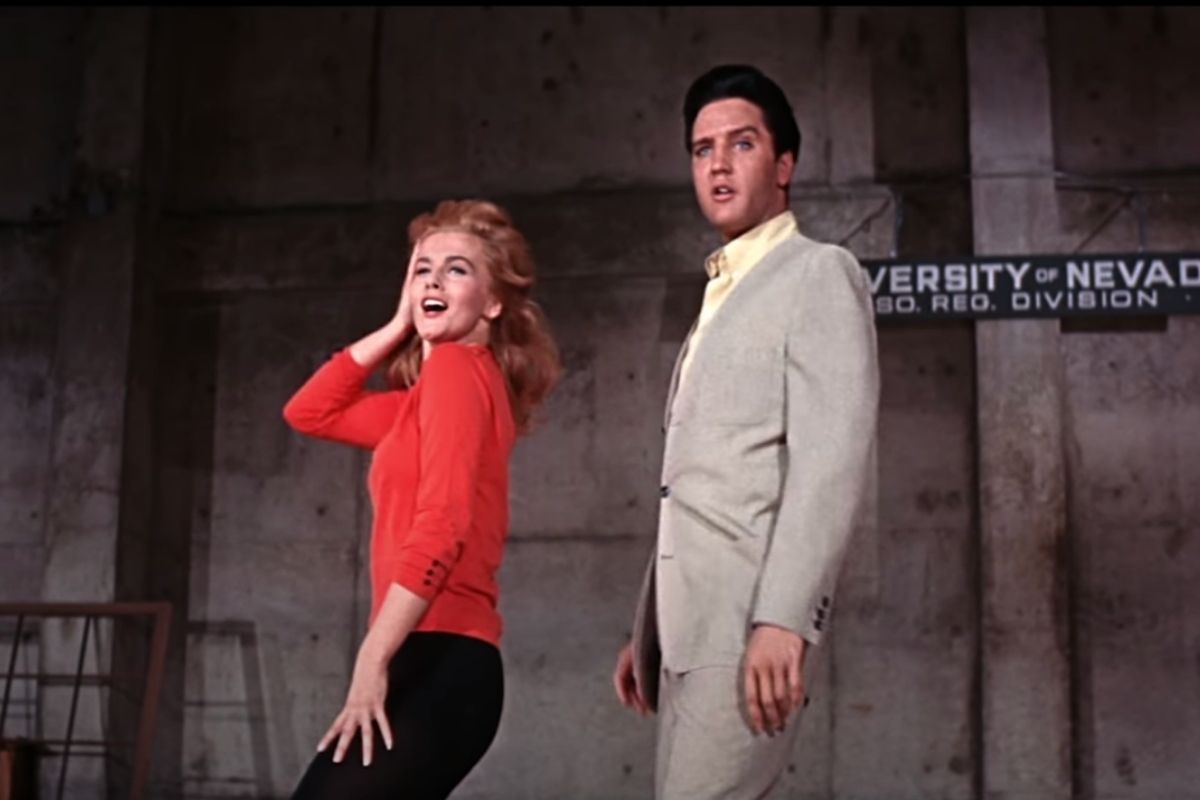 Watching Ann-Margret Olsson and her red hair shimmy across the stage in Viva Las Vegas, it’s easy to see why Elvis Presley fell in love with her. Presley and Ann-Margret met for the first time on the set of Viva Las Vegas, the movie they would costar in. As the legend goes, when director George Sidney introduced Presley to his leading lady, they both said at the same time, “I’ve heard a lot about you!”

It could have been the start of a fairytale-like love story if it weren’t for one problem: The King of Rock had a girlfriend, his soon-to-be-wife Priscilla Beaulieu. Elvis had been dating the future Priscilla Presley for eight years after meeting her in Germany after his stint in the army. The young Priscilla had only just finished high school when she moved to the United States and into Graceland, Elvis’s home in Memphis, Tennessee. The expectation was that the two would soon be married.

But that didn’t stop the King from falling head over heels for Ann-Margret, the charming, confident Swedish actress who just had her big break in the film Bye Bye Birdie. Throughout the filming of Viva Las Vegas, the two became fast friends, exploring Los Angeles on Elvis’s Harley.

Ann-Margret discussed the Hollywood romance in her autobiography, Ann-Margret: My Story:

?Like everyone else, Elvis had dreams and desires, hopes and hurts, wants, and weaknesses,” she wrote. “He didn?t reveal this vulnerable side until everyone had disappeared, until those private moments when we were alone, after darkness had blanketed the city and we?d parked somewhere up in the hills and could look down upon the sprawl of L.A. or up at the stars.?

You can practically hear the sizzle of their romance watching them on screen together — particularly when they performed their duet, The Lady Loves Me. Their onscreen romance evolved into a one-year relationship.

Ann-Margret, of course, knew of Elvis’s promise to Priscilla. She felt torn, and writes about the heartbreak in her autobiography, “Elvis had always been honest with me, but still, it was a confusing situation,? she wrote. ?We knew the relationship had to end, that Elvis had to fulfill his commitment.?

Once filming ended for Viva Las Vegas, Elvis returned to Graceland. According to Priscilla’s book, Elvis and Me, Elvis confessed everything to her. Five years later, the two were finally married.

Although Elvis initially severed ties with Ann-Margret, the two would later rekindle their friendship. She continues to speak highly of Elvis to this day, saying in an interview, “There’s been so much written that has been negative about him that I want to celebrate his life [and] the man that I knew.”