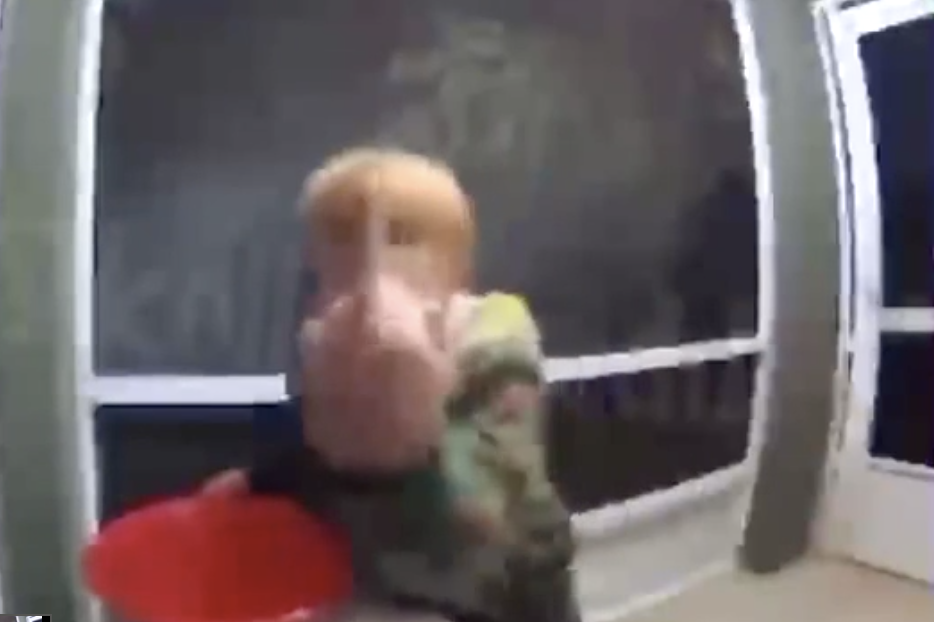 This past Halloween a trick or treater stole a whole lot of treats and then left one nasty little trick for the homeowner, whose front door camera recorded the entire theft.

A Bowl Full of Candy and a Middle Finger

Kids these days 🤷 from KidsAreFuckingStupid

Credit to this trick or treating kid for being so damn brazen. This is obviously not the best Halloween prank I’ve ever seen — you can barely even call it a prank — but dammit if it isn’t funny. The kid walks right up to the door without even having bothered to dress up in a Halloween costume, unzips his backpack, dumps an entire bowl of Halloween candy into it, and then for good measure flips off the camera and leaves.

Probably the most redeeming thing about this video is that the kids balls clearly hadn’t dropped so when he stands there saying, “Hmm let’s see” it’s still adorable and squeaky before he shoots his tiny little boy finger up at the camera. Aww, such an adorable little douche bag. Maybe that was what he was dressing up as?

What Else Would You Expect on Halloween Night?

Really these homeowners are lucky this kid didn’t take a crap in their jack-o’-lantern or something. (Again something I absolutely would have done at his age.) But otherwise, Halloween is Halloween. Being surprised by this would be like being surprised by someone vomiting and then kissing you at midnight ten minutes later on New Years. Or at a Halloween party for that matter. The point is, It’s not all sweet little kids out to trick or treat.