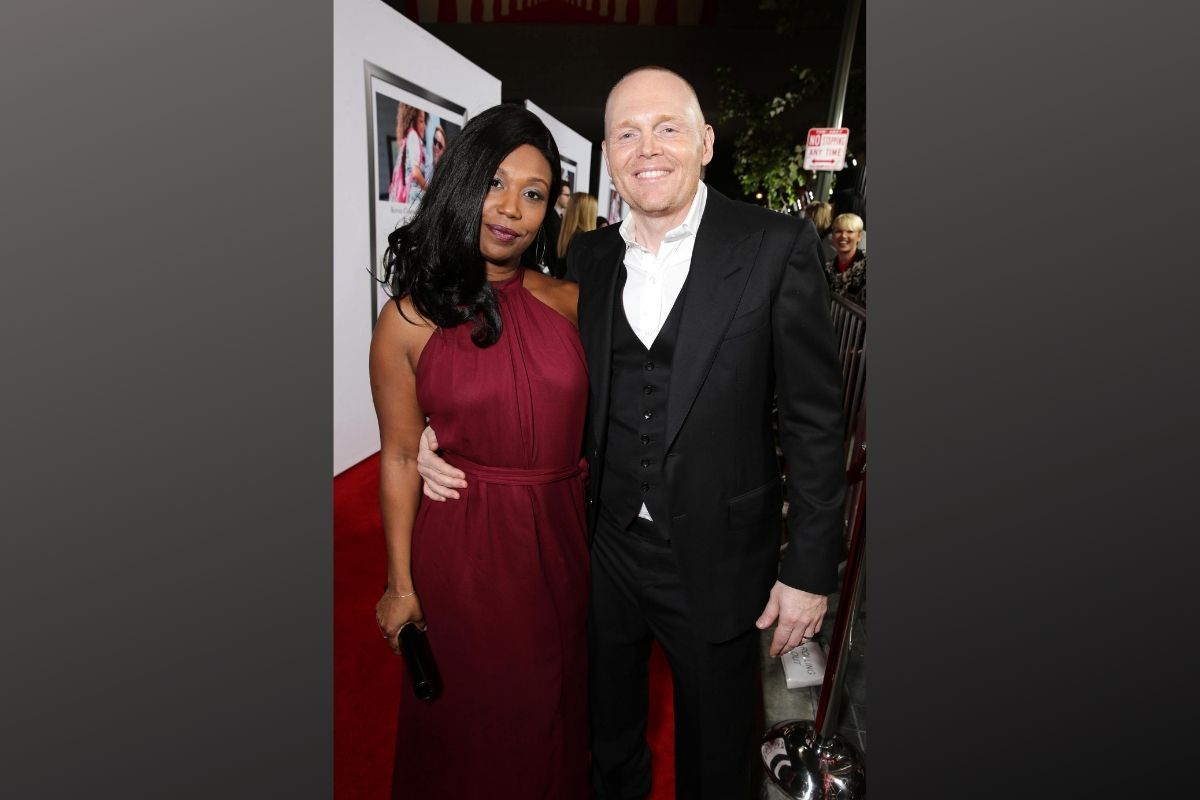 The words ‘Bill Burr’ and ‘love story’ may sound surprising next to each other. The longtime comedian has made a career out of being brash, cynical, and full of rage — anything but romantic. However, Burr’s recent opening monologue as the host of Saturday Night Live left many viewers questioning his personal life, in addition to his politics. Burr’s monologue was deemed controversial, calling out Covid-19 protocol, the co-opting of the ‘woke’ movement by White women, and the length of gay pride month. (“That seems a little long,” joked Burr.)

While most critics panned the comedian for commenting on topics outside his own purview, many fans were quick to point out his marriage to Nia Renee Hill, who is a fellow entertainer, an outspoken blogger, and a Black woman. The extent to which that relationship has developed Burr’s social insight is impossible to say. But who exactly is Bill Burr’s wife, Nia Renee Hill?

Boston-native comedian Bill Burr describes himself as “the loud guy at the bar” with “uninformed logic.” And he’s made a career out of it. Burr has been performing stand-up since the early 90’s, and was a regular on The Chapelle Show. He and Dave Chapelle are still close friends and support one other’s comedic crusades against political correctness.

Bill Burr has hosted Bill Burr’s Monday Morning Podcast since 2007, acted on Breaking Bad, and co-founded the All Things Comedy network in 2012. He’s also released several comedy specials, including Why Did I Do This?, Let it Go, and I’m Sorry You Feel That Way. Through Netflix, even more of Bill Burr’s specials are available: You People Are All The Same, Bill Burr: Walk Your Way Out and Bill Burr: Paper Tiger. As the titles suggest, the stand-up comedian’s style is unapologetic, occasionally brutal, and usually self-aware. That confident combination has earned Burr a wide fan base.

Bill Burr’s animated adult sitcom, F is For Family, premiered on Netflix in 2015. In addition to creating the original series, Burr writes the show, along with Michael Price, and portrays the protagonist Frank Murphy. The Murphys are a dysfunctional suburban family living in the early 1970’s. Frank, a Korean War vet, is the Murphy clan’s hot-headed, potty-mouthed patriarch who struggles to be taken seriously at home and work. Despite a whimsy animated aesthetic, the dark cartoon paints the Murphy’s residential world as full of disappointment, disillusion, and dirty jokes. But this picture has resonated with audiences, and F is For Family is now entering its fifth and final season. Beside Bill Burr, members of the core cast include Laura Dern, Justin Long, Haley Reinhart, Debbi Derryberry, and Sam Rockwell.

Nia Renee Hill grew up around Hollywood and has her own career in the entertainment industry; she met Bill Burr at a comedy show and the pair dated for some time before tying the knot in 2013. Like her husband, Hill has a versatile work history. She does voiceover work for F is For Family and acted in shows such as Santa Clarita Diet, Crashing, and Lila, Long Distance. However, her list of credits is noticeably shorter than her husband’s — and Hill addresses this discrepancy head-on. While still engaged to Burr in 2014, Hill published a blog post called “I Never Thought I Would End Up Here, But Here I Am: My Life as a ‘Kept Woman.” She wrote, “I never dreamed I would be That Girl staying at home with her man’s money footing the bill. But here I am.” The piece reflects honestly on Hill’s fears entering the institution of marriage (her own parents divorced when she was young) and openly acknowledges the anxieties of having a husband who is the primary breadwinner. (Bill Burr’s estimated net worth is $12 million.)

However, the marriage was a success. Nia Renee Hill remains Burr’s most vocal supporter — even throughout trending controversy — and in turn, Burr appears to celebrate his wife publicly. Even when airing their marital tensions for laughs.

The couple had their first child, a daughter named Lola, in 2017 and recently welcomed a second child into the Burr-Hill household, a baby boy whose name has not been revealed. However you can catch an adorable picture of him, pictured with mom, is featured on Nia Renee Hill’s social media.