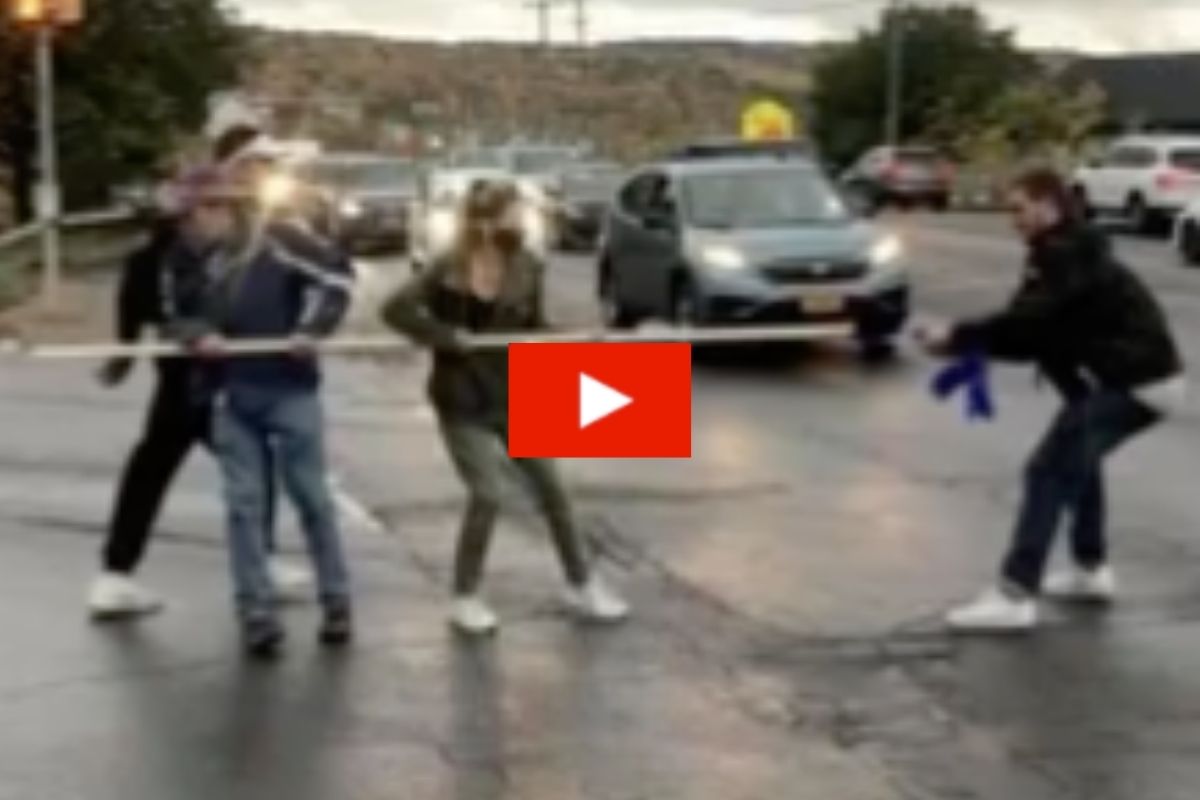 Things got heated as pro-Trump supporters and counter-protesters clashed into chaos once again in Ithaca, New York. Although no arrests were made, two people, both female Trump supporters were injured during the madness that could be summed up as a 90-minute flag tug-of-war.

Rocco Lucente had organized a small group of people outside of Tompkins County Republicans office for a march supporting President Donald Trump. Immediately, the Trump rally was met with a larger group of people across Meadow Street, organized by the local Democratic Socialists of America, but also in the name of the Black Lives Matter movement. Both sides initially kept their distance until one counter-protester, Dakota Ingraham, claimed that he felt threatened by a certain Trump supporter.

Ingraham claimed during an argument that he thought he saw a man with Trump flags decorating his truck reach into his cab for a gun. However, Ingraham never actually saw the firearm. Nevertheless, he continued to argue with Trump supporters, including Lucente, resulting in Ingraham tossing a Trump flag from the truck into the street. He was detained by police, but quickly released minutes after.

Soon, physical altercations started to break out, including Max Lucente, Rocco’s brother, throwing a single punch at a counter-protester. Although the Ithaca Police Department and Tompkins County Sheriff’s Office had responded initially to the craziness, they left after a short time. Things were peaceful while law enforcement was there, but the situation started to re-escalate once they left.

Those that were there to counter-protest started to pull down Trump paraphernalia, including signs, hats, and flags, and throw them on the street. Ingraham, along with fellow anti-Trump and BLM protester Messia Saunders, started to really get into it with some of the pro-Trump supporters who were trying to stop the pair from ripping down Trump signs. As they tried to rip more flags away, the pro-Trump supporters decided to pull back, making for an all-out tug-of-war.

Tug-Of-War Between Pro-Trump Supporters and Counter-Protesters

According to the Ithaca Voice, two Trump-supporting women, including Angela Nash, were injured in the process. One woman dislocated her shoulder from being dragged while holding on to a Trump flag, while Nash though she fractured something in her hand in the Election Day madness. The Trump supporters retreated into the office while waiting for the counter-protesters to march to the Commons in downtown Ithaca. Ingraham and Saunders justified their actions saying that they felt like the Trump supporters were displaying racism and hate in supporting President Trump and that ripping down the signs and flags was necessary.

As a result, Tompkins County Legislator Mike Sigler, a Republican, said, “In light of the overt intolerance, antagonism toward free speech and menacing we experienced today, we have no plans to rally next Friday.” Meadow Street was also littered with tattered Trump signs and flags from a fresh pile of embers caused by the burning of Trump paraphernalia.