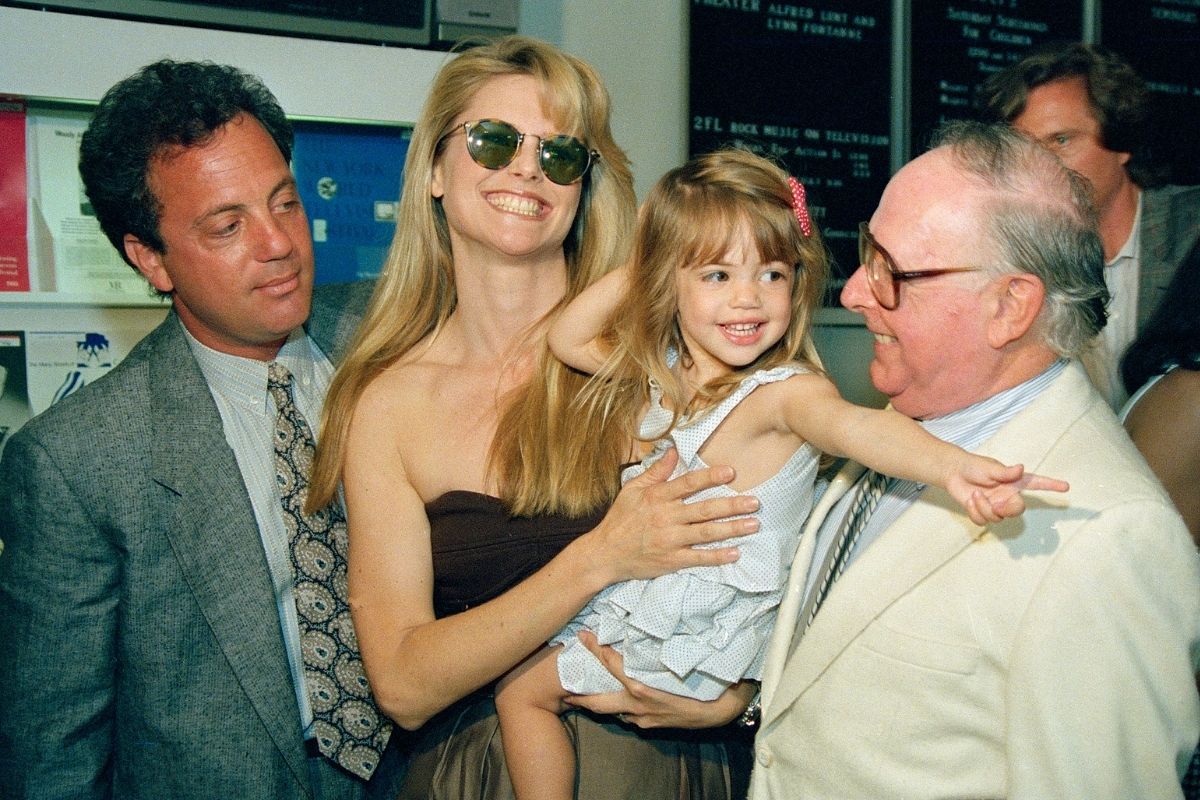 Alexa Ray, Della Rose, and Remy Anne are three cheerful, well-adjusted sisters with … whose dad just happens to great American music legend, singer-songwriter Billy Joel. Growing up, the girls didn’t always understand the extent of their family’s fame. As Alexa Ray Joel told Closer Weekly, “My parents tried to shield me from how famous they were when I was growing up on Long Island,? she told Closer. ?I had no idea.”

We all got a chance to meet the family briefly during the piano man’s 70th birthday at New York’s Madison Square Garden. During a sold-out concert, his daughters Alexa and Della Rose joined him on stage to sing “Happy Birthday”. Alexa stayed onstage with her father to sing a duet: “New York State of Mind.” To learn more about Billy Joel’s daughters and incredible family, read on to meet Alexa, Della Rose, and Remy Anne:

Billy Joel’s eldest daughter Alexa Ray Joel is the daughter of the five-time Grammy award-winner and his second ex-wife, supermodel Christie Brinkley. Billy’s first child was born on December 29, 1985, in New York City. Like her father, Alexa is a successful singer-songwriter and pianist. Alexa became engaged to restaurateur Ryan Gleason in January 2018.

Alexa and her pops have always been close. When Alexa was first starting out as a singer, her father would attend her performances quietly in a cap so no one would recognize him. Alexa plans to have her father sing with her at her wedding. ?My dad doesn?t know it yet, but we?re doing a duet,? she told Closer Weekly. ?He?ll be cool with it.” Alexa is affectionate with her father on social media, even though she claims that her father is fairly unsavvy when it comes to the internet. She once told USA Today, ? He?ll say to me, ?I don?t know what to make of all these social media.? He doesn?t understand any of it; Facebook, Instagram ? he thinks it?s all one page. He doesn’t even text.”

But on a recent post about Billy Joel’s habit of gifting front-row tickets to fans with seats in the nose bleeds, Alexa called her father “a real mensch” — a Yiddish word for “good person”.

Born on August 12, 205, Della Rose is the daughter of Billy and his current wife, Alexis Roderick. Like her older half-sister, Della Rose was also born in NYC. The youngster recently captivated audiences when she joined her father on stage at Madison Square Garden to sing “Don’t Ask Me Why.” Just look at her in her little adorable pink Christmas pajamas featuring a very cute smiling Mrs. Clause. Also, can we talk about that microphone? How is she holding it? Her hand is so small!

Billy’s youngest daughter, Remy Anne, was born on October 22, 2017. Alexis Roderick gave birth to Remy Anne at New York University Hospital, where both Billy and Alexa were at her side. Fun fact, the couple met at a restaurant in Huntington, Long Island in New York City. They went on to get married on July 15, 2015, at Billy’s estate in Long Island. Roderick owns a horse ranch in Wellington Florida, which was a present from Joel himself. She is also a part of the US ESquestrain Federation.