Will Ferrell Proposed to His Wife on a Creepy Beach 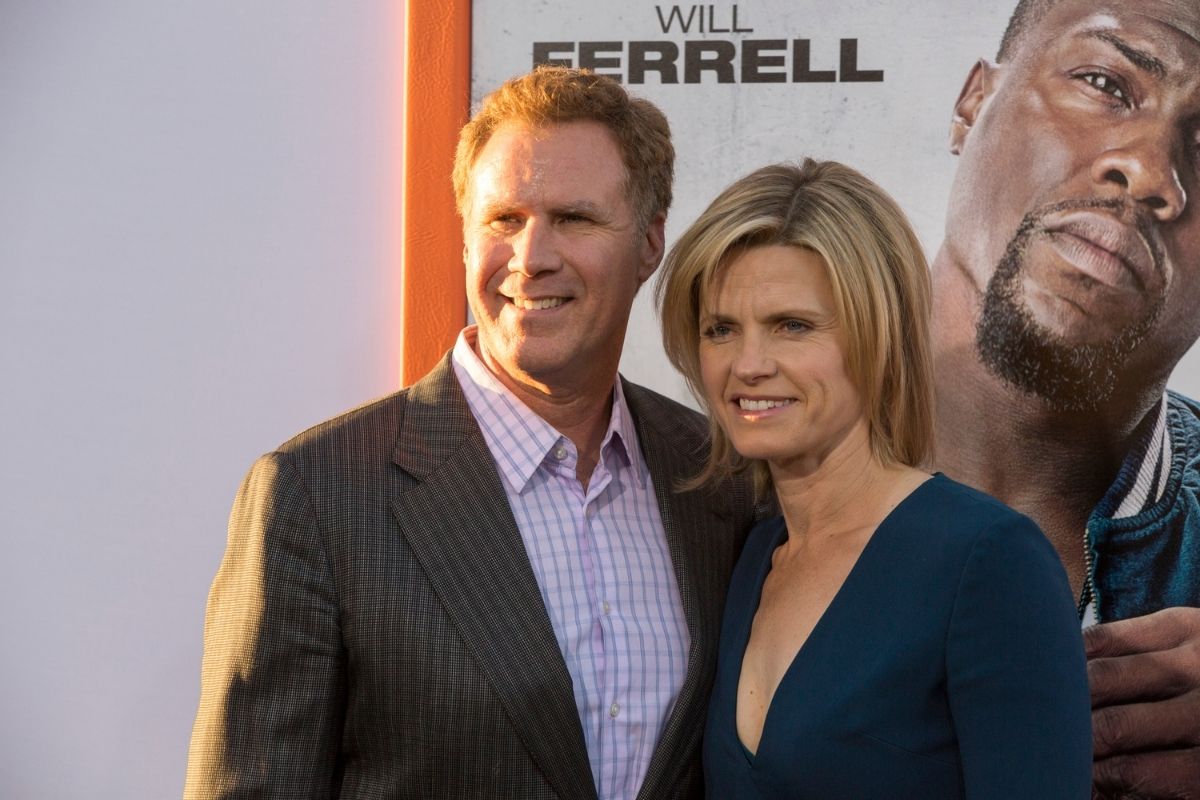 “Before you marry a person you should first make them use a computer with slow Internet to see who they really are.”

That’s a piece of love advice from actor Will Ferrell. So it’s probably safe to assume that Will Ferrell’s wife, Viveca Paulin, his wife of more than two decades, is enchanting on a desktop. So what’s the Hollywood love story of the professional funnyman and Swedish actress?

Will Ferrell Met His Wife Viveca Paulin in Acting Class

Long before becoming famous in movies like Austin Powers: International Man of Mystery, A Night at the Roxbury, and Old School, Will Ferrell, and Anchorman: the Legend of Ron Burgundy, born in Irvine, California, met his future wife in acting class. Her name was Viveca Paulin and she was a “blonde, brainy” Pomona College graduate from Askim, Gothenburg in Sweden.

The two dated briefly before deciding to become friends. When Ferrell moved to Los Angeles, where Viv — who worked as an auctioneer — got him a typing gig to help him pay rent.

Will Moves to New York

As a member of the improv-sketch comedy group The Groundlings, Will Ferrell got spotted by a producer and was invited to audition for Saturday Night Live. When Will Ferrell was hired as a cast member by SNL, he left California and moved to New York City. But Will and Viv remained close, talking on the phone for hours at a time.

“Viv and I would talk as friends for two hours, and it would feel like five minutes.” Will said in an interview with Elle. “And then my girlfriend would call and after 15 minutes I’d be like, ‘God, it’s really late here on the East Coast. I should get some sleep.’ For me, Viv was the one that got away.”

But while visiting home on hiatus from SNL, Will heard from Viveca. The Swedish actress asked him out for a drink. “She drank her beer in two sips — just pounded it,” the Elf star remembered. “She was like, ‘Do you want another one?’ I was like, [incredulous] Yeah, okay. She quickly drank that one, too. And she said, ‘I think I still like you.'”

“I was stunned,” he continued. “I didn’t play it cool at all. I went, ‘I just told my uncle that I’m going to marry you one day!'”

Will and Viveca Tie the Knot

Sure enough, Will and Viveca were married in 2000. To pop the question, Will took her to a beach where they had had one of their first dates. “She wanted none of it,” the Talladega Nights actor said in an interview with People. She was like, ‘The beach is creepy at night.’ I was like, ‘Shut up, this is supposed to be really romantic,'” Will revealed to People. “I was trying to think of what I was going to say and it just turned into, ‘So I, uh, really like you and, uh, anyway …’ … So it was kind of funny, but not on purpose.”

Will and Viv Today

Today, Will and Viveca are proud parents of three boys: Magnus, Mattias, and Axel Paulin Ferrell. The family is pretty private, but was recently spotted on the red carpet for the premiere of Daddy’s Home 2.

Viveca is a successful art auctioneer who has also held small roles in films — like the Porsche Girl in A Night at the Roxbury and the auctioneer in Ralph Breaks the Internet. Viveca also played Annika Bjornberg on Younger. Will, of course, continues to act and most recently starred in Eurovision Song Contest: The Story of Fire Saga. His next role is in a TV series called The Shrink Next Door, set to air in 2021.

Watch: Meghan, Duchess of Sussex, Reveals She Had a Miscarriage in July