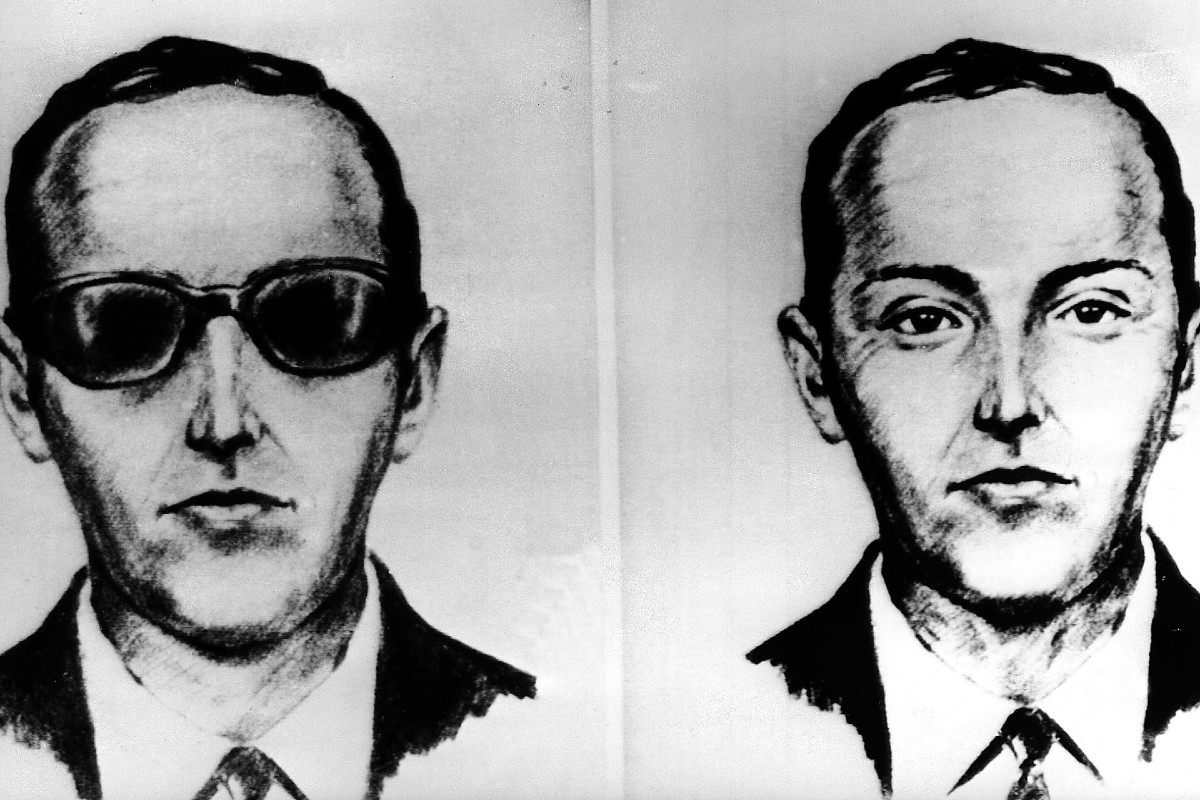 The mystery of D.B. Cooper remains the only unsolved skyjacking case in US history, with its prime suspect eluding capture from the FBI for over 45 years of investigations. Who he was and what became of him is still unknown, even after hundreds of suspects were eliminated by Bureau.

Here’s What We DO Know About D.B. Cooper

On November 14, 1971, a man calling himself Dan Cooper purchased a one-way ticket from Portland, Oregon to Seattle, Washington on Northwest Orient Airlines Flight 305. The FBI would later describe him as a nondescript forty-something man in a business suit with a black tie.

After take-off, he had a couple drinks, smoked a couple of cigarettes, and then handed a note to a stewardess that said he had a bomb in his briefcase. He showed the flight attendant his case containing red sticks and wires. The flight attendant passed on Cooper’s demands for $200,000 dollars in twenties and four parachutes to the pilot.

Once on the ground, the hostage passengers and crew were exchanged for the ransom money. A small group of crew members were kept to fly the plane, and the hijacker took off toward Mexico City. While the crew was in the cockpit, Cooper jumped out of the plane somewhere between Seattle and Reno, Nevada where the plane finally landed.

Sometime after the news broke, the public took to calling him “D.B.” instead of his real alias Dan Cooper after a mistaken report. The FBI called the case NORJAK (Northwest Hijacking), and over the next five years law enforcement would investigate over 800 individuals looking for Cooper.

They also scoured the plane, but the sole evidence uncovered was a few cigarette butts and Cooper’s clip-on tie. A manhunt scouring the area where Cooper reportedly jumped — somewhere around Ariel, Washington state — turned up little as well.

The Search for D.B. Cooper Continues

Over the years, a few promising leads appeared but ultimately went nowhere. According to the FBI’s site, a favorite theory was that Vietnam helicopter pilot Richard Floyd McCoy was D.B. McCoy was arrested after a similar heist on a Boeing 727.  Like Cooper, McCoy parachuted from the plane, but FBI agents decided he didn’t match witness descriptions of the mystery skyjacker and may have been a copycat.

Others included Kenneth Christen, a former American military paratrooper put forward as a suspect by his bother, and Robert Rackstraw, another veteran with skydiving training, whose peers said made cryptic allusions to the case. A leading suspect in the HBO documentary, The Mystery of D.B. Cooper was Duane Weber, who told his wife he was D.B. Cooper on his death bed.

In 1980, a young boy camping with his family found a rotting briefcase with $5,800 by the Columbia River. The serial numbers on the bills matched the ransom money, but the rest of the money has not since appeared in circulation — leading some to suspect Cooper died in the jump.

The D.B. Cooper case was closed, yet unsolved, by the FBI in 2016. Like many unsolved mysteries, amateur sleuths still puzzle over the case, and the town of Ariel still hosts “D.B. Cooper Day” every year.

Watch: The Mysterious Death of Elisa Lam in California: The Chilling Video and Why the Case Remains Unsolved