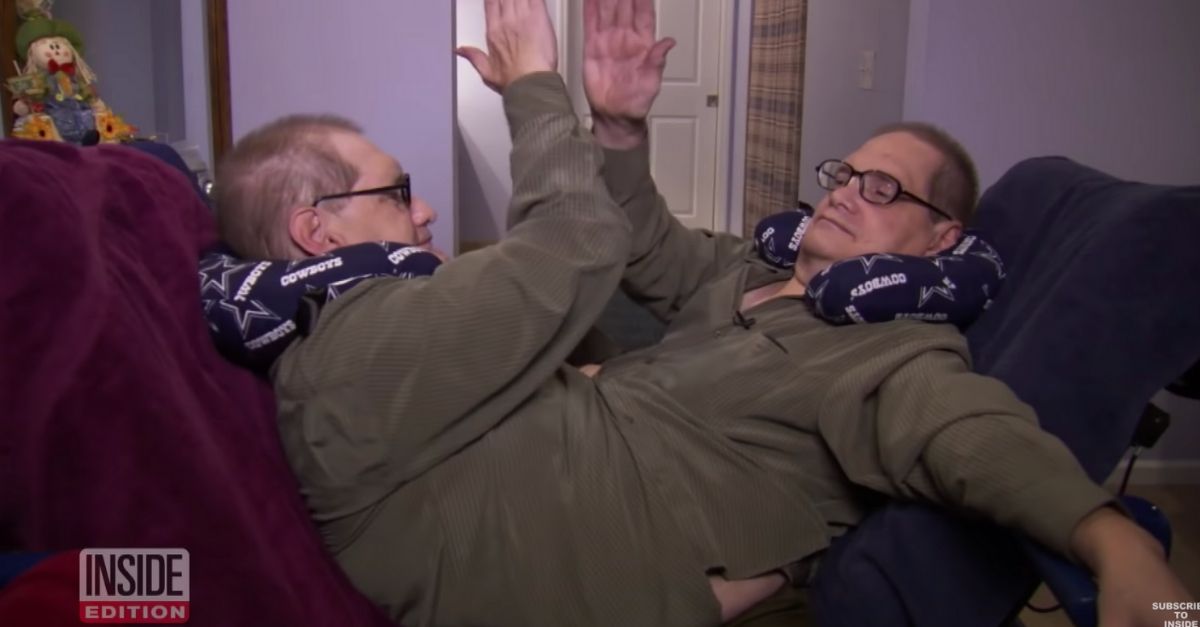 I can’t imagine what it would be like to live knowing someone is exactly identical to you, much less someone identical who is also attached to you for the rest of your life. But you know what? These twins did it, and they lived basically entire lifetime doing it. Ronnie and Donnie Galyon, the world’s oldest conjoined twins have died, living a full 68 years. According to their younger brother Jim Gaylon, WHIO reported that they passed away in hospice care in Dayton, Ohio.

Ronnie and Donnie are originally from Beavercreek, Ohio. Born on October 25, 1951, they were joined together at the abdomen, making it too dangerous to separate them because of where they were conjoined. In 2014, just before their 63rd birthday, the Galyon twins officially were named the oldest set of conjoined twins in the Book of Guinness World Records.

Nevertheless, just because they looked the same and were attached to each other, doesn’t mean their personalities were. They reportedly had their own distinct character traits and interests, trickling down to even differing political views. But that didn’t mean they were enemies either.

For 36 years, the pair performed as a sideshow attraction as the “Galyon Siamese Twins,” working in circuses and carnivals until retiring in 1991. Jim Gaylon also told Mlive news that the money they made was enough to support the family for years. In 2010, TLC even aired a documentary about the two.

Ronnie and Donnie Galyon, Galyon Siamese Twins. Born in 1951 in Dayton, Ohio. The Galyon twins spent the first two years of their lives in the hospital while their parents and doctors weighed the risks for separating them. Their parents eventually decided against it and, despite being offered separation procedures numerous times throughout their lives, Ronnie and Donnie agreed with the decision their parents made and never took anyone up on it. They began exhibiting at age 4 and went on to appear at various single-o shows in the U.S. and then tour South and Central America, including with Circo Unión. They retired to Dayton, Ohio in 1991 and appeared on Jerry Springer in 1997. Ronnie and Donnie also hold the record for the longest living conjoined twins and are still alive today.

After retiring from the entertainment industry, the Galyon twins went on to live with Jim and his wife Mary, soon to be experiencing health problems. Thankfully, according to the Dayton Daily News, with the help of over 200 volunteers from the Dayton community, their home was updated so that they could live comfortably, and they also had a custom wheelchair.

Again, I can’t imagine what it would be like to be a conjoined twin, but it’s super cool to go down in history as the oldest living twins.