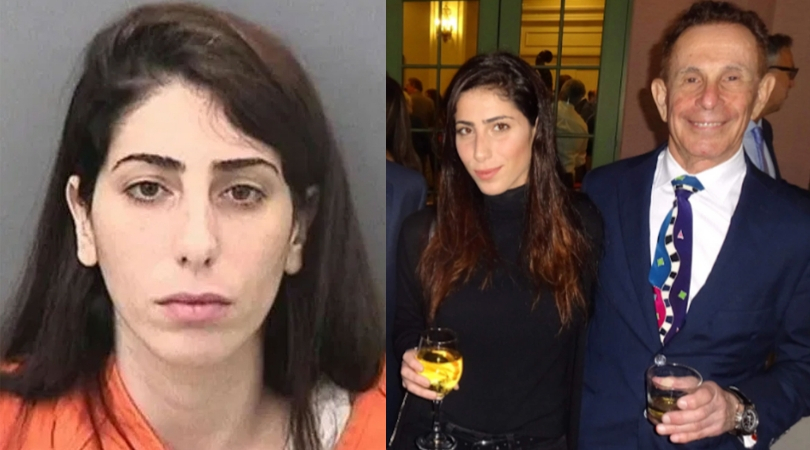 Well, I think it’s safe to say that this woman didn’t marry out of love. 26-year-old Lin Helena Halfon from Florida is facing criminal charges after investigators stated she tried fleecing her 77-year-old husband out of $1 million. Yes, she really tried to pull a fast one on her poor hubby.

According to her arrest warrant, Halfon has been charged with two counts of money laundering, fraud, and exploitation of an elderly person. She has pleaded not guilty to all four charges. Shout out to the police department for calling her husband old and stamping it on her record. That was pretty entertaining to read. That must have hurt the husband more than her actually trying to steal his money.

According to authorities, Halfon cashed hundreds of thousands in checks from her elderly husband, who is Tampa businessman Richard Rappaport. Rappaport is president of Panther Medical, which is a company that distributes braces, electrotherapy devices, and medical equipment.

According to Tampa Bay Times, the affidavit alleges the young wife walked into a check-cashing business and attempted to cash a check for $1 million. Employees at the business refused to cash the check and three others she presented later that day. Halfon, an Israel national, was arrested at Tampa International Airport on December 16th, 2019. Prior to her arrest, the affidavit noted a business in Orlando managed to cash two checks totaling $666,000.

Law enforcement officers spoke to Rappaport who said he believed he was a victim of fraud but initially wanted to give his wife the benefit of the doubt. He also told authorities that he didn’t want Halfon deported to her native Israel. But between you and me, I’m pretty sure he understood that his wife only married him for his money. Sorry buddy, we can’t win them all.

BUT IT'S TRUE LOVE

The Israeli woman remains in custody on $1 million bond. According to Halfon’s attorney, Todd Foster, the defendant and Rappaport love each other and she had no intention to steal. He stated, ?As far as I know it?s (a) completely legitimate marriage. I believe there were lawyers involved and secured prenuptial agreements.”

Marriage records show that Rappaport and Halfon did apply for a marriage license on June 24th, 2019, listing the date and location of the marriage as August 21st, 2019. Rappaport’s daughter, Dayna Titus, told investigators that she believed the young bride was ?conning? her father due to his age.

Which honestly, I’m going to go with the daughter here. Maybe she just wanted to give him a really good Christmas gift? Still, she could have at least waiting a year to steal. Rookie move.

This article was originally published on December 27, 2019.

Watch: John Cena’s Net Worth is Money We Will Never See