Why Jay Leno Chose Not To Have Kids 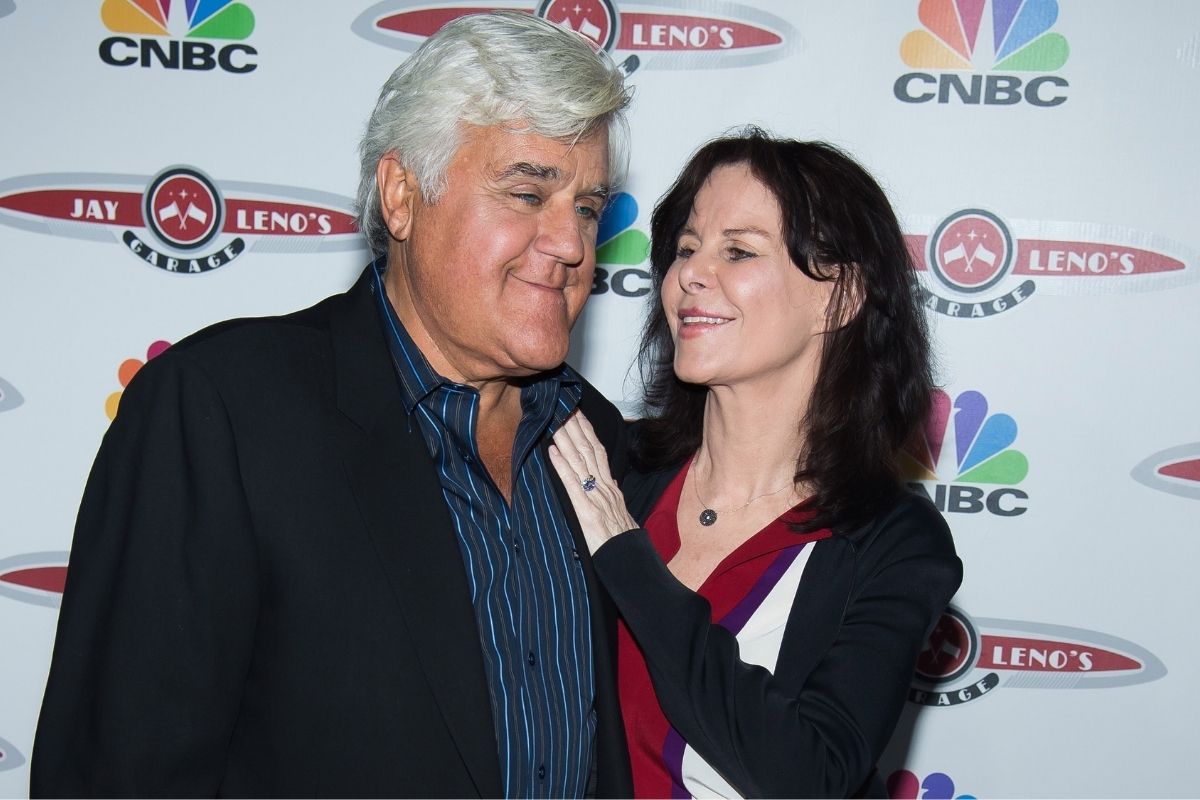 Comedian and late night talk show host Jay Leno and his wife Mavis Elizabeth Nicholson Leno have been married for over 40 years. They met in 1976 at The Comedy Store comedy club in Los Angeles, California when Leno was still a struggling stand-up comedian. In a 2014 interview with the Los Angeles Times, the interviewer called their marriage an ?authentic relationship, one that feels grounded and decidedly non-Hollywood? and noted the ?electricity between them that gets you and their long-lasting love that makes them the anomaly.? What is the secret to the Lenos? long and happy partnership and is it related to the fact that never had children?

The Tonight Show With Jay Leno

When 2009 rolled around, O?Brien did indeed replace Leno and Leno started hosting an hour-long show five days a week called The Jay Leno Show. Neither show?s ratings did as well as expected, and after shuffling around the shows? time slots for a while, NBC reached a deal with O?Brien to depart as The Tonight Show host and had Leno return. Leno began hosting The Tonight Show again on March 1, 2010, and stayed until 2014, at which point he was succeeded by Jimmy Fallon.

After The Tonight Show, Leno has kept up a busy schedule touring and performing stand-up as well as making guest appearances on various talk shows. Since 2014, he has hosted the series Jay Leno?s Garage, which airs both online and in specials on CNBC, and features Leno?s reviews of various classic, vintage, and unusual motor vehicles as well as highlights from his own extensive car collection. In the fall of 2021, Leno is scheduled to host a reboot of the classic game show You Bet Your Life.

Jay and Mavis Decided “Might As Well Get Married”

When Jay and Mavis Leno decided to marry, it was for a common but decidedly unromantic reason?Jay wanted to make Mavis the beneficiary on his insurance policy. As he told the Los Angeles Times, ?I thought if something happened to me, my girlfriend wouldn?t be covered, but if we?re married, we?re covered, so…we might as well get married. Not the most romantic. Mavis didn?t even get an engagement ring.?

Holding up her hand and displaying a large diamond, Mavis explained ?He was going to get me one, but we had just bought a house, so why would I do that? I?m not that kind of person. So this is what he bought me 10 years ago.? Mavis went on to say that she had never even wanted to get married, saying ?I had made up my mind when I was little that I would never get married or have children, so I had no agenda.? She changed her mind about getting married, obviously, but not about having children.

The Lenos Are Childless and Happy

In 2014, writer Geoff Edgers wrote a profile of Jay Leno for The Washington Post in honor of Leno receiving the prestigious Mark Twain Prize for American Humor. He wrote a second article in which he shared some highlights from the interview that didn?t make it into the profile, including the reasons why the Lenos don?t have kids. When Edgers asked Mavis about their childless status, she took ?full credit for the couple?s decision? and mentioned watching the classic sitcom The Honeymooners as a child: ?These men spend all their time talking about what a drag the wives are and asking how can they get away from them. It?s perfectly obvious the women are the ones trapped. I remember telling my mother when I was 7 or 8 that I was never going to get married or have children. To me, this is the way women get caught.?

Jay Leno obviously admires and respects Mavis, a noted philanthropist who has been on the Board of Directors of the Feminist Majority Fund since 1997 and is currently the Chair of the Feminist Majority Foundation?s Campaign for Afghan Women and Girls. In a 2019 interview with The Wall Street Journal, when asked about the secret to a long, happy marriage, Leno replied ?I always tell people that you should marry the person you wish you could have been. That?s a pretty good goal.?

Watch: Why Johnny Carson Had Strained Relationships with His Kids