Why Johnny Carson Had Strained Relationships with His Kids 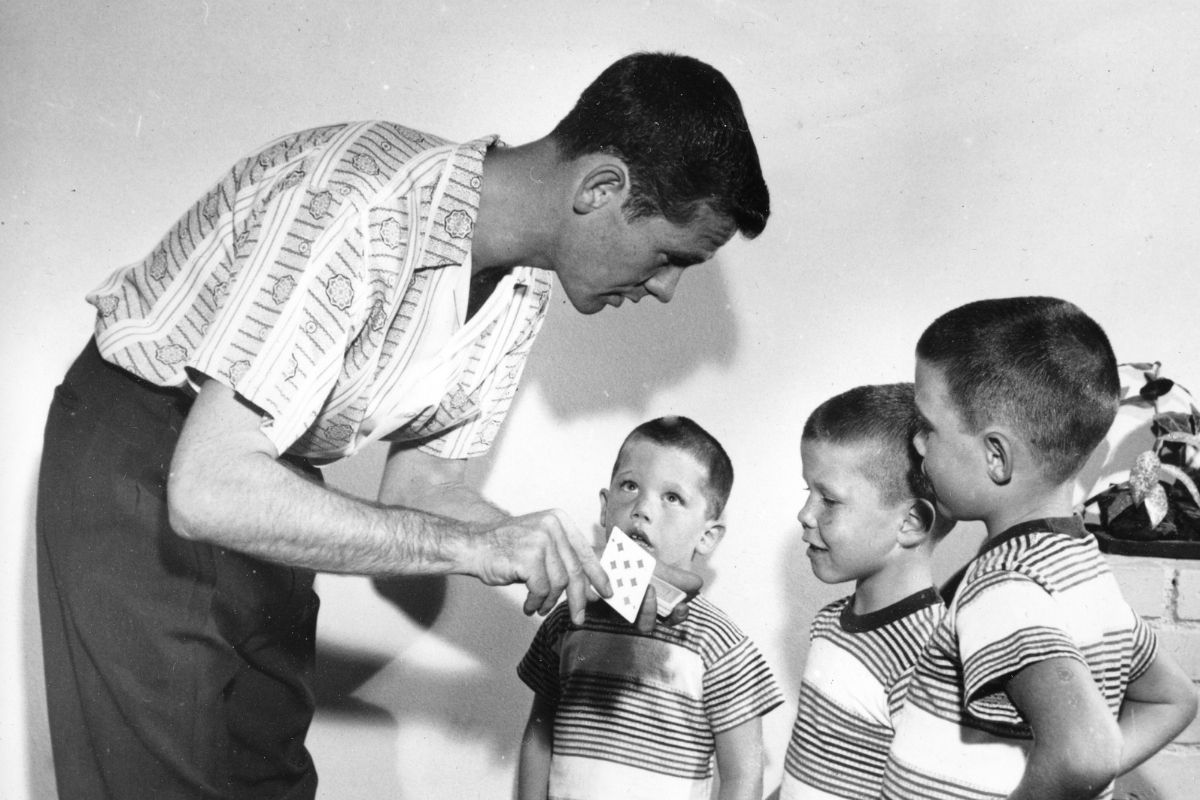 Johnny Carson hosted the Tonight Show Starring Johnny Carson in Burbank, Calif. on NBC for so long and had such a loyal audience that many people considered the amiable late-night television host with the gently funny manner and the great conversational skills an honorary member of their family. Starting in 1962, millions of night owls enjoyed The King of Late Night’s humorous monologues, banter with his sidekick Ed McMahon, comedic skits, musical and stand up comedy performances, and of course interviews with celeb guests.

Aside from show business, the popular entertainer was known as a quiet, shy introvert who dreaded social gatherings, but he did manage to meet and marry four different women over the course of his lifetime and had three children with his first wife.

Johnny Carson was born in Corning, Iowa on October 23, 1925 and grew up in Norfolk, Nebraska. His interest in entertaining started at a young age, as he was very interested in magic and loved performing magic tricks for friends and family. He went on to perform onstage as a magician, per PBS, perhaps using this experience to create one of his most popular Tonight Show characters, Carnac The Magnificent.

He joined the Navy in 1943 and was en route to a World War II battle zone when the war ended. He then went to college at the University of Nebraska-Lincoln where he majored in speech and drama with the plan to become a radio performer, according to Johnny Carson by Henry Bushkin. He started working at WOW radio and television in Omaha in 1950, hosting a morning show called The Squirrel?s Nest. He moved to Los Angeles, California, in 1951 and joined the CBS-owned television station KNXT.

His comedy show Carson?s Closet attracted the attention of comedian Red Skelton, who hired Carson as a writer for his own show. Carson went on to host several shows, including game show Earn Your Vacation and variety show, the Johnny Carson Show, and appeared as a panelist on To Tell the Truth. In 1957, he moved to New York to host the game show Who Do You Trust? It was there that he was paired up with emcee Ed McMahon, with whom he would partner for the rest of his professional life.

The show was enormously popular and its success led to NBC inviting Carson to take over as host of the Tonight Show from departing original host Jack Paar. Carson at first declined, dreading the task of continually interviewing celebrities, but eventually relented, bringing Ed McMahon with him to the new gig. His first night as host was October 1, 1962, and he stayed on for 30 years, retiring at the age of 66 on May 22, 1992.

Per PBS, by the end of his stint on the Tonight Show he earned six Emmy awards. He also won the Television Academy Governor’s Award in 1980, a 1985 Peabody Award, and was inducted into the Television Academy Hall of Fame in 1987. George H.W. Bush awarded him the Presidential Medal of Freedom in 1992 and he received the Kennedy Center Honors in 1993, according to Britannica.

The Many Wives of Johnny Carson

A People magazine article from 1983 quoted Johnny Carson as having joked ?My advice on marriage is like the captain of the Titanic giving lessons on navigation.? Like a lot of celebrities, his enormous professional success did not translate to success in his personal life.

Carson?s first marriage was to his college sweetheart, Jody Wolcott, lasted from 1949 to 1963 and produced three children, Christopher, Cory, and Richard. In a 1990 interview with People, Wolcott claimed their marriage had been filled with abuse, neglect, and infidelity. She was in the process of suing Carson for more alimony and child support, which at the time was reportedly $13,500 per year, and noted that she was ?long estranged? from their children, ?Cory, 36 (a guitar player who lives in Hawaii), Rick, 37 (who has worked in TV) and Chris, 39 (an erstwhile golf pro who lives in Florida).? Per UPI, Johnny Carson called Wolcott?s alimony demands a ?bald-faced holdup.?

Carson married his second wife, Joanne Copeland, in August of 1963, shortly after his ?Mexican divorce? from Wolcott. According to her 2015 obituary in the Los Angeles Times, they had their first date in 1960 when ?she was a struggling model and he was the host of a TV game show who shyly asked her if she wanted to watch some film clips of his comedy.? They separated in 1970 and divorced in 1972; The New Yorker reported that ?the second Mrs. Carson was awarded a settlement of nearly half a million dollars, in addition to an annual hundred thousand in alimony.?

Copeland claimed that Carson met his third wife, Joanna Holland, at a party where ?he was standing with her back to him, and he went right up to her, thinking it was me.? Carson announced his marriage to Holland at a celebration of the tenth anniversary of The Tonight Show on September 30, 1972?the two had married that very afternoon. They separated in 1983, apparently at Holland?s suggestion; a source claiming to be friends with the couple told People magazine ?I don?t think there is another woman. I think there are women. There?s a difference. Men go through a period where they have to prove they are still attractive.?

Carson married his fourth and final wife, Alexis Maas, on June 20, 1987?she was 35 years old and he was 61. This was the longest and presumably happiest of Carson?s marriages; their union lasted eighteen years until Carson?s death from respiratory failure due to emphysema in 2005, per Affair Post.

Joan Rivers on the Tonight Show

Carson and His Sons Had a Strained Relationship

Although he often interviewed child stars on the Tonight Show to hilarious effect, according to Closer Weekly, Johnny Carson had ?a strained relationship? with his own children, Christopher, Cory, and Richard. His lawyer and biographer Henry Bushkin called it ?a tragic story of a very successful father who had children who never gave him anything to be particularly proud of. And I don?t think he ever did anything as a dad they were terribly proud of.? Christopher, born in 1950 was a professional golfer for a number of years before ?slipping out of the spotlight.? Cory, born in 1953, was a musician who recorded several albums before also going on to keep a low public profile.

Richard (Ricky), born in 1952, died in 1991 when he lost control of his car and plunged down an embankment. Richard was a photographer and it?s thought he was taking pictures while driving his car, as his equipment was found near the car accident and he hadn?t been speeding. As reported by Hollywood Cheat Sheet, Johnny Carson gave a eulogy at his son?s funeral at which he said ?Probably the most difficult moment of my life. It makes you very conscious of what?s important when you lose a child.? He took a short time off from The Tonight Show before beginning hosting again. A year later, Carson retired from The Tonight Show, handing it off to new host Jay Leno, and spent the rest of his years enjoying not being a talk show host at last, making few public appearances and enjoying his retirement in Malibu, California.