Vera Jayne Palmer was a 50’s and 60’s Hollywood starlet. She was better known as actress Jayne Mansfield, where she starred in The Girl Can’t Help It, Will Success Spoil Rock Hunter?, Too Hot To Handle, and The Wayward Bus. Born in Bryn Mawr,  Pennsylvania, and educated in Texas, Jayne Marie Mansfield was the first major American actress to have a nude scene in the post-silent film era. The scene was in her film, Promises! Promises! in 1963. This contributed to or gave her her sex symbol status.

While her pin-up-esq figure was once the reason she lost a modeling gig with General Electric, it later contributed to her becoming a movie star. Fueling this fire, she posed for Hugh Hefner’s Playboy magazine and was the February 1955 Playmate of the Month. This action later caused her husband, Paul Mansfield to claim she was unfit to be a mother and sued for their children’s full custody. This backlash and a decline in the demand for the blonde bombshell types like herself and Marilyn Monroe led to a decline in her movie stardom. However, Mansfield was once hired to replace Monroe in Kiss Me, Stupid. Post-film acting, she later found success performing and making appearances in clubs and singing country and pop music and on soundtracks.

When Mansfield died in a car crash, she changed something unsuspecting- the way tractor-trailers were designed. In 1967, she and her lawyer and two of her five kids were in a 1966 Buick Electra car driving from an appearance in Biloxi, Mississippi, and heading to New Orleans, Louisiana for an interview. The road was cloudy due to anti-mosquito mist at 2:30 am when her car came too quickly upon a highway tractor truck. The driver, Ronald B. Harrison, didn’t have time to stop and ended up going underneath it. In the car accident, the top of her car was sheared off, and all of the front seat passengers, she and her lawyer and driver, were killed instantly. Her children in the back seat were miraculously spared. After the car accident, the National Highway Traffic Safety Administration passed legislation that all semi-truck truck trailers have “Mansfield Bars” to prevent it from happening to others.

Mansfield was later buried. She was survived by her two children in the crash, Mariska and Zoltan Hargitay. Her daughter that survived the accident, Mariska Hargitay, went on to become an actress. She is the daughter of Jayne Mansfield and Hungarian-American actor Mansfield’s ex-husband Mickey Hargitay (AKA Miklos Mickey Hargitay). He was the second to last, as the actress had just married Matt Cimber. Mariska Hargitay may be familiar to you if you have seen Law and Order SVU; she is SVU’s, Detective Olivia Benson. 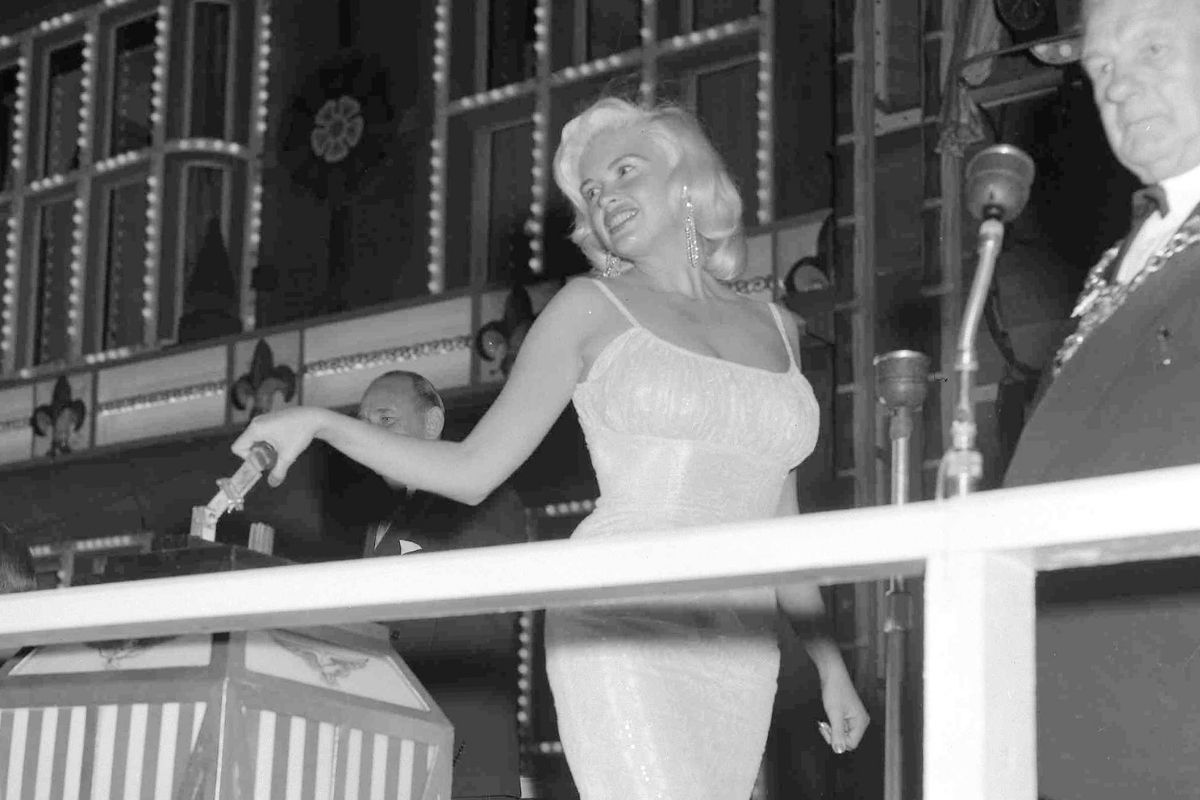