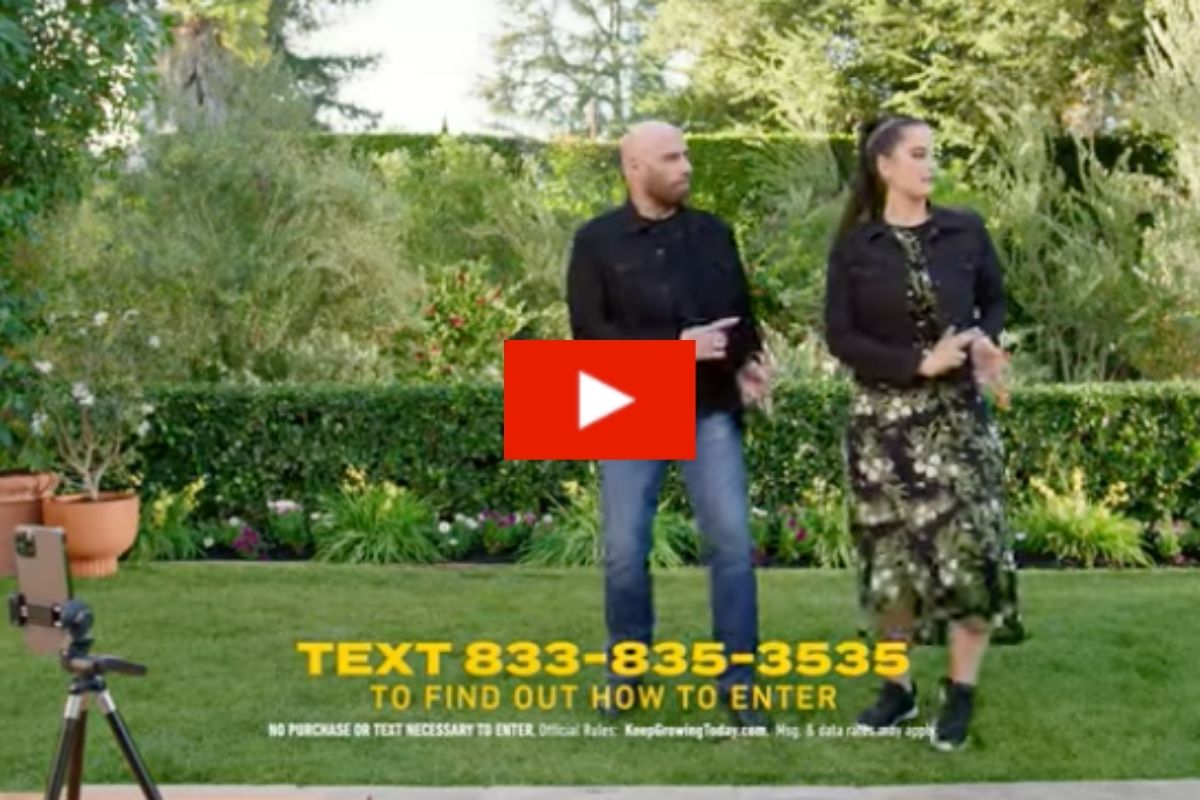 I’m sorry if you’re a sports fanatic, but even as someone who was an athlete for the majority of her life, I still look forward to Super Bowl commercials more than the actual Super Bowl. And how could you not when they come up with ideas like Hollywood celeb John Travolta and his 20-year-old daughter Ella nostalgically dancing to the 1978 classic Grease?

They all play neighbors in this new Super Bowl commercial, and Ella teaches her 66-year-old frustrated and flustered father how to get the camera going on his phone. Once they figure it out, they do the famous Grease dance together, only this time to “Sunday Best” by Surfaces, a Tiktok dance hit. If some of you recognize the dance, you’ll remember that Travolta originally performed the dance with co-star Olivia Newton-John, who played Sandy.

And the Super Bowl ad isn’t the first time the two have shown off their dance moves. In August of last year, in honor of Travolta’s late wife Kelly Preston, Ella’s mother, Travolta posted on social media an Instagram video of him dancing with Ella. Their family, along with 10-year-old Benjamin, has not only suffered losses in losing Preston to breast cancer but also in losing their son Jett after he hit his head during a seizure several years ago. The Pulp Fiction actor, a Quentin Tarantino popular, said, “My daughter @ella.travolta and I dancing in memory of momma. One of Kelly’s favorite things, dancing with me.”

If you want to catch this airing, tune in for Super Bowl LV on CBS and CBS All Access on Sunday, February 7, 2021. Kickoff is at 6:30 p.m. ET, and you can actually also stream the game on CBSSPorts.com or the CBS Sports app on your mobile device.

Watch: Jeff Bezos is Stepping Down as Amazon CEO