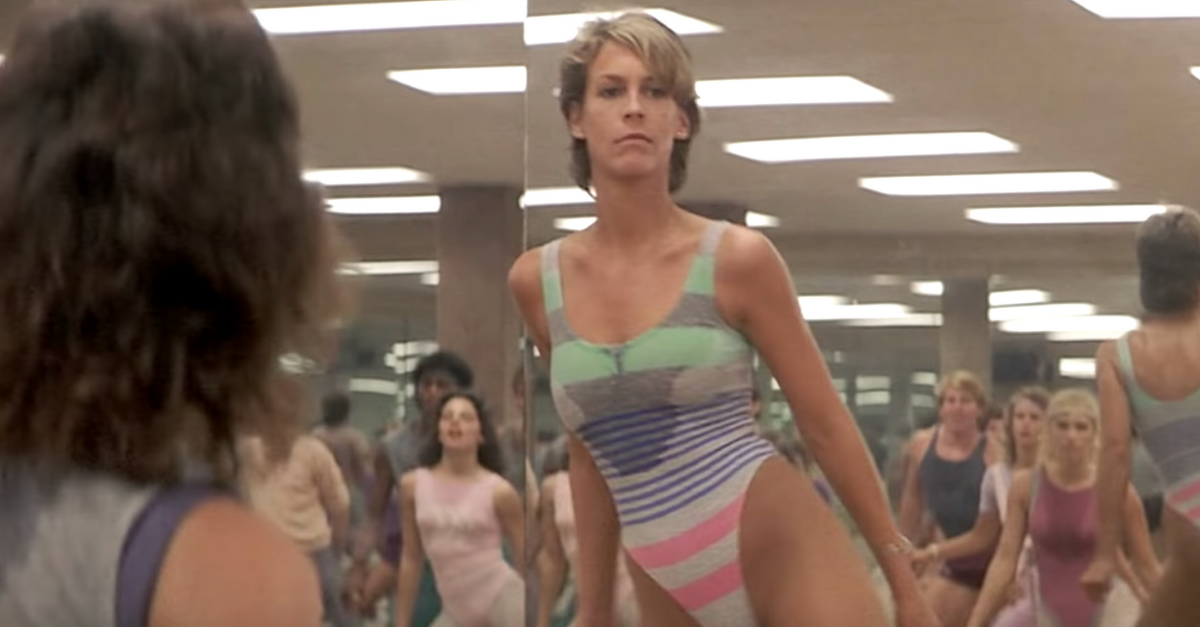 You probably remember the scene more than the actual film it’s from, the former having made the rounds on the internet for years as a sort of “lol the 80s” meme. The movie is about a Rolling Stone reporter (Travolta) who is writing a story about sexual promiscuity at fitness clubs (they’re the new singles bars apparently). But that’s only on the side because he’s also writing some sort of political exposé, and he’s traveling between New York and Los Angeles to do it. It’s… convoluted. Anyway, Travolta befriends/dates/betrays/dates aerobics instructor Jessie (Curtis) and that’s the whole movie. Jann Wenner and Carly Simon also star in this.

Not important. What is important is this scene:

There’s just so much to unpack here. For one thing, this used to be the most popular form of exercise in America. Aerobics was practically a national pastime. Aside from the monster piece of evidence already before us that is the fact that they made a movie about aerobics, check out the aforementioned Crystal Light national aerobics competition.

It actually somehow makes sense that Rolling Stone Magazine would write a story about it. This decade was absolutely mesmerizing.

But back to the video at hand. Here are some stray observations about this, um, uniquely ’80s experience.

The movie Perfect only has a 4.3 rating on IMDb. It’s also only 19% Fresh on Rotten Tomatoes. According to the box office numbers, the film was a flop. It lost 7 million dollars (at least).