The US Has More Serial Killers Recorded Than Any Country 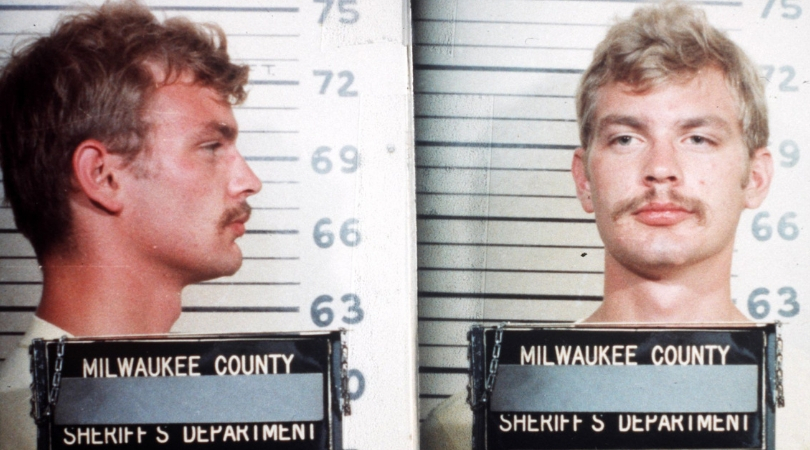 An array of violent crimes spanning from killing sprees, stranglings, and unsolved murders are all just scratching the surface of American serial killers. Given the serialization of shows, movies and podcasts about serial killers, it’s safe to say that for some reason Americans are obsessed with them. In fact, within the last year, two movies have come out retelling the stories of Ted Bundy and Jeffrey Dahmer.

Both had famous, attractive actors cast as the lead, as we do in America. What is it about serial murderers that draws so much attention? Is it that they outsmart the FBI for so long? Are we just curious? Who knows, really. But one this is for sure, believe it or not, America has the highest amount of serial killings.

How Many Serial Murderers in America?

🔪Ending My True Crime Series, I give you the list of The Top 8 Serial Killers Ever! 8 of History's Most Notorious Serial Killers: 1. Harold Shipman: “Dr. Death” who killed 218 patients. 2. Belle Gunness: She married to kill. 3. Ed Gein: The inspiration behind Leatherface. 4. John Wayne Gacy: He performed as a clown at children's parties. 5. Jeffrey Dahmer: He committed his first murder at 18. 6. Ted Bundy: The first televised murder trial. 7. Jack The Ripper was said to be a member of the Royal Family! 8. H.H. Holmes known to have murdered 200 people in his Horror Hotel! Please take note these guys are lightweights when it comes to the death department💀 (not to be offensive)both Hitler and Stalin commanded the death of millions yet were outdone by Mao Zedong from 1958 to 1962, with his Great Leap Forward policy that led to the deaths of up to 45 million people – easily making it the biggest episode of mass murder ever recorded.

According to a study from the Radford University and FGCU Serial Killer Database in 2016, there is information logged on approximately thousands of serial killers and over 13,000 victims (Aamodt, M. G., 2016.) Researchers based their definition of ‘serial killing’ based on a definition given by the FBI in 2005: “The unlawful killing of two or more victims by the same offender(s), in separate events.” The research catalogs basic and in-depth murder cases by the numbers. It looks at the number of victims, frequency of kills, the motive for kills, and various percentages broken down into categories including decade, gender and race.

Some of the recorded findings were pretty surprising. Especially when it came to the number of serial killers in the United States. Out of the world’s total amount of serial killers, 70 percent of those are from the United States. In plain numbers that’s 3,204 in 2016 alone. Further details show that most victims per state are in California; followed by Texas, Florida, Illinois, and New York. The state of Montana is apparently the safest. The next country with the most serial killers is England with a shockingly low 166, comparatively. South Africa and Canada bring up 3rd and 4th place with 117 and 106 serial killers.

In case you’re thinking that this is probably the case because there are so many Americans, it’s not. In the same infographic, the percentage that each country listed makes up in the totality of the world population is present. Countries like China (18.56 percent) and India (17.81 percent) rank highest on this portion of the list due to population.

However, in regard to their number of serial killers, they’re placed about halfway down the list. For a more in-depth look at the full Radford University Serial Killer Statistics research, the documentation can be found here. But, according to Dr. Mike Aamodt, a forensic phycology professor at Radford University, the U.S. doesn’t have a disproportionate number of serial killers, rather it just easier to find them here than in any other country.

First, law enforcement has to discover the murders and link them back to the same killer. That means you need competent law-enforcement agencies, which the U.S. has. The second part of being able to track serial killers is once the killer is identified, it has to be announced by law enforcement and made available in prison records. The information has to be available to the public.

He notes how in the US we have much more open records than in other countries. So if the U.S had a higher murder rate than the rest of the world, it would more likely be that we have more serial killers. But, compared to other counties, in terms of murder rates, he believes we are right in the middle.