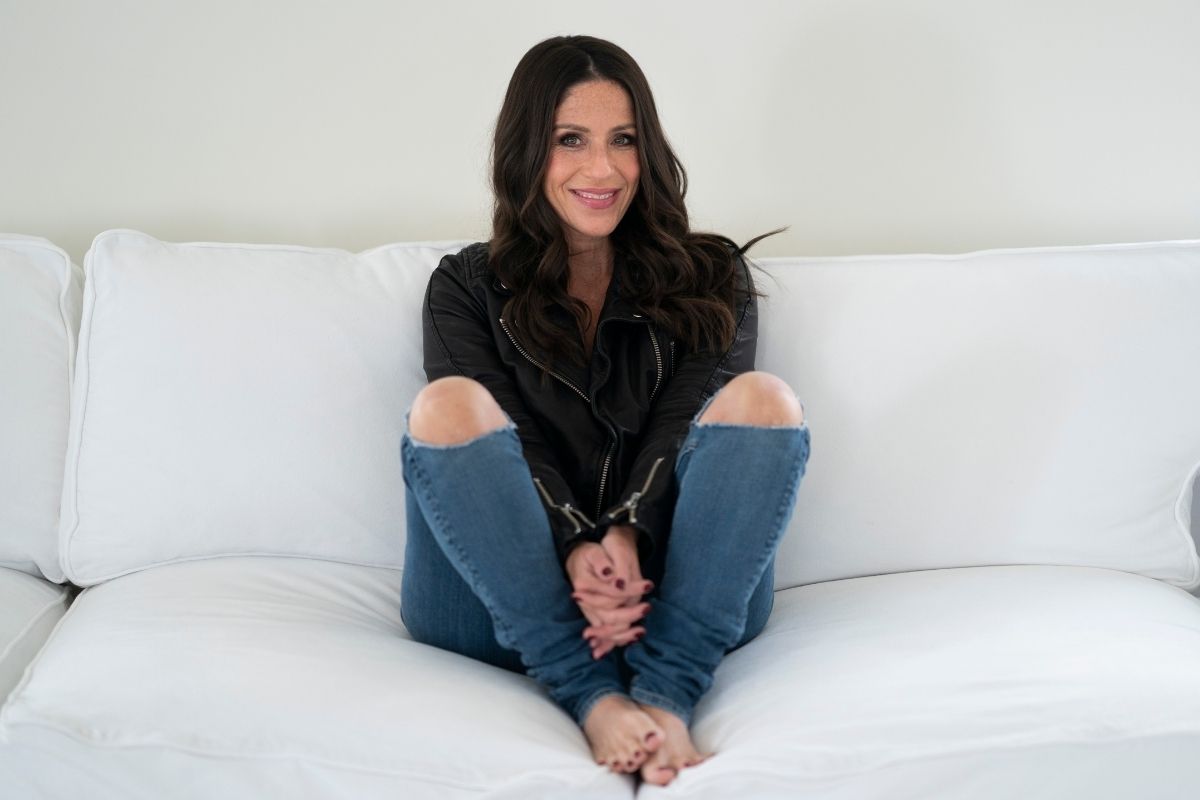 Soleil Moon Frye was one of the most famous child actors of the 1980s. From 1984 until 1988, she played the irrepressible Penelope “Punky” Brewster, a bright, funny runaway who is adopted by the grandfatherly Henry Drummond and grows up with her best friends, having adventures and learning important lessons. After Punky Brewster, Frye continued acting and married at 22, having four children and taking time to raise them. What is she up to now and does she still wear mismatched socks and sneakers?

Soleil Moon Frye was born August 6, 1976 in Glendora, California. She made her television debut at the age of six in Missing Children: A Mother?s Story and won the role of Punky Brewster at the age of seven. Per the Los Angeles Times, during the 1984-1985 TV season, Frye received 7,000 to 10,000 fan letters per week. When the sitcom ended in 1988, she went back to school in Los Angeles and periodically made television movies on ABC including …Where?s Rodney, Cadets, and Summertime Switch, in which she played a cheerleader, Peggy, appeared as a guest star on TV shows like Saved By The Bell, The Wonder Years, and movies like Pumpkinhead II: Blood Wings and Wild Horses, which she co-wrote and directed with her brother Meeno Peluce. At the age of 15, she had a well-publicized breast reduction after years of being nicknamed ?Punky Boobster?; People magazine did a cover story on the operation, and Frye spoke out about teenage body insecurities.

Soleil Moon Frye kicked off the ?00s by co-starring as Sabrina?s college roommate Roxie King on Sabrina The Teenage Witch. She also did a lot of voiceover work, providing the voices of Jade in the Bratz movies, video games, and TV series, Zoey Howzer on Disney’s The Proud Family, and Aseefa on Planet Sheen. She married producer Jason Goldberg in 1998 and the couple had two daughters, Poet Sienna Rose in 2005 and Jagger Joseph Blue in 2008, and two sons, Lyric Sonny Roads in 2014 and Story in 2016. Frye and Goldberg split in 2020.

Queen of The Kid Stars

During her time as a child and teen actress, Frye ?became something of an unofficial ringleader of kid stars in Hollywood,? according to the Los Angeles Times. Her friends included Mark-Paul Gosselaar, Brian Austin Green, Sara Gilbert, Leonardo DiCaprio, Heather McComb, and Jonathan Brandis and she lost her virginity to then 29-year-old Charlie Sheen at the age of 18. She was also a documentarian from a young age?she started keeping a diary at five, recording audiotape at 12, and carrying a video camera with her and constantly filming herself and her friends at age 14. Thanks to her habit of recording everything, Frye had enough material to make a documentary looking back at her life and the experiences of being a famous child and young adult in the 1980s and ’90s.

The result was Hulu documentary Kid 90, a new documentary, which is made up of Frye?s nostalgia-laden diaries, home movies, voicemails, and photographs as well as interviews with friends like Brian Austin Green and Mark-Paul Gosselaar. Unlike today, there was no social media when Frye and her friends were growing up and therefore her videos of kids ?filmed during their off hours: poolside, at house parties, high on mushrooms in a field somewhere,? per The New York Times,  feature her subjects?sometimes perform[ing] for the camera ? winking, pontificating, flashing a don?t-tell-mom pack of cigarettes ? but they perform confident that almost no one will ever see it.? In an interview with People, Frye called the experience ?healing,? saying ?in making the movie, it was like coming of age all over again. I found true self-love. And I rediscovered my spark.?

It All Comes Back To Punky

In 2017, Soleil Moon Frye did a guest spot on the Pop TV show Hollywood Darlings with other former child stars. The show?s creator Jimmy Fox ?was suddenly inundated with requests from network executives to score introductions? to Soleil, as he told the Los Angeles Times, and he was impressed with ?the continued effect of Punky Power.? Frye and Fox teamed up to bring back the Punky we all know and love and the result was the Punky Brewster reboot airing on NBC?s Peacock channel.

The show features a grown up Punky who ?is newly divorced and raising a mix of biological and adopted children.? Jimmy Fox discussed Frye bringing back Punky over thirty years after the end of the original Punky Brewster: ?She often says that she doesn?t know where Punky ends and Soleil begins. And I really just think this was the character she was born to play. She is without a doubt the most positive human being I?ve ever met in my life. By comparison to Soleil Moon Frye, I am, like, Eeyore.?

Watch: Mark Wahlberg Gets One-Upped By His Teen Daughter?s Date