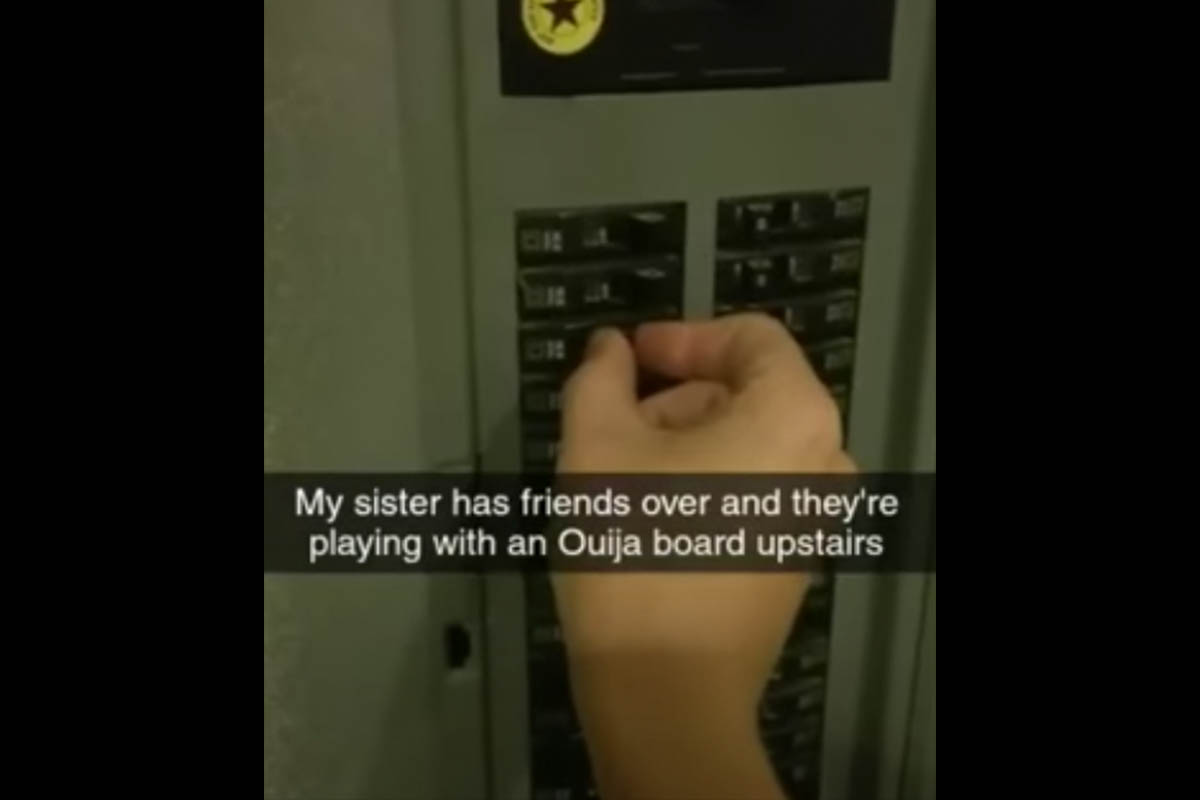 It’s October. Spooky season is upon us. Ghost stories are being told, horror movies like Carrie and Halloween are being watched on Netflix, and Ouija Boards are being huddled around as people seek to contact the spirit world.

While a lot of people who consult their Ouija Boards to peer into the other side may be nervous as they put their hands on the game, most don’t come away too frightened, however ominous the practice may be. One set of girls, however, got the scare of a lifetime when a mischievous brother pulled a fantastic scare prank on them. Thankfully his genius was captured in a now viral video.

The Best Ouija Board Prank Ever

While his sister and her friends were having a sleepover and decided to get all middle school edgy by summoning the devil or whatever, this brother got to work and did what brothers do best.

While the girls were gathered around consulting a (probably?) fake psychic board game hoping to contact a ghost this brother went and found the home’s fuse box. Just as things got really creepy for the girls the brother snapped the fuse for his sister’s room off. Then back on. Then off again.

The screams can be heard throughout the house. As far as funny videos of pranks go, this is one of the best I’ve ever seen. It’s short, but it’s fantastic. (Shout out to this kid for being kind enough to upload the prank video to Snapchat and share it with the world.)

You can’t see the girls but you can clearly picture their eye-popping looks of terror as the lights flicker and the floorboards probably suddenly feel like they’re moving beneath them.

Get Your Own Ouija Board

Don’t buy this Ouija Board to actually talk to the dead. Eddie Van Halen (RIP) isn’t going to show up in your living room. Buy this bad boy to pull this prank. It’s so, so worth it. If I had a 12-year-old daughter I would 100% be doing this.