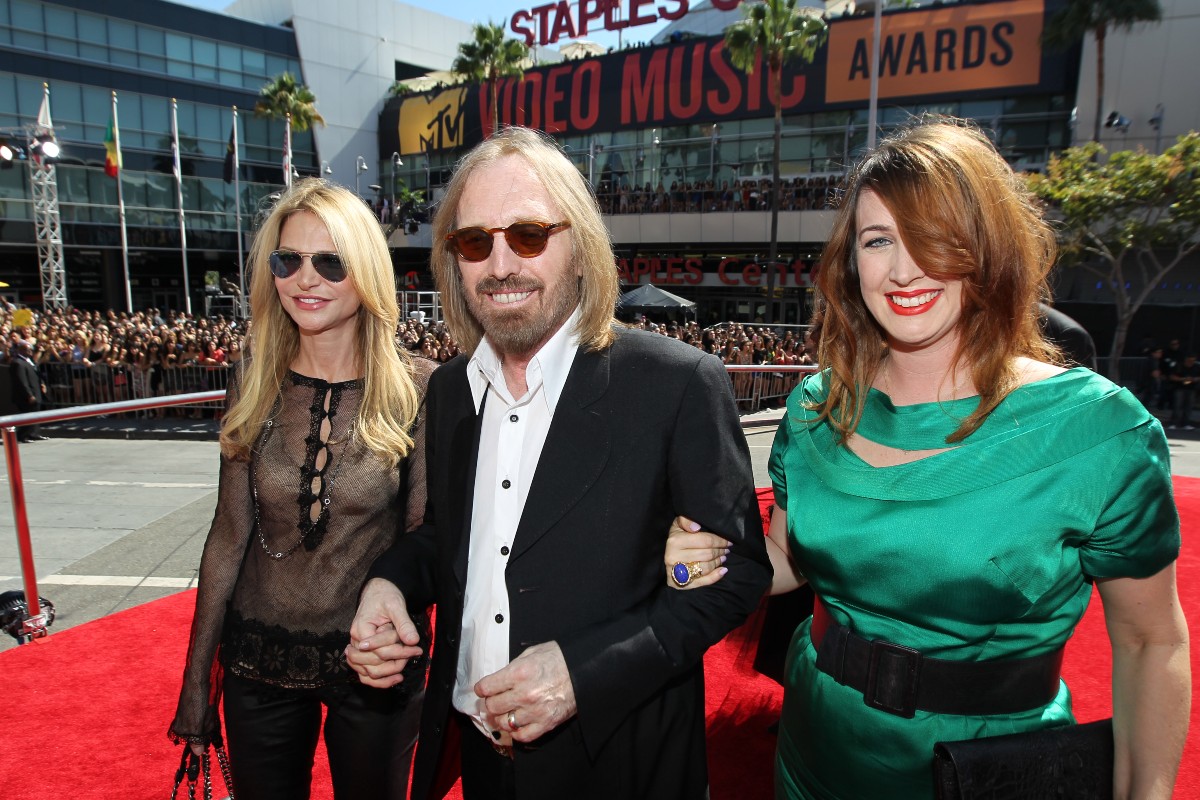 Music icon Tom Petty died of an accidental drug overdose at age 66 in October 2017. According to a statement from the Los Angeles County Medical Examiner, Petty had taken several different medications, including Fentanyl, oxycodone, and a type of Xanax. The rocker passed away after being discovered in cardiac arrest in his Malibu home.

As frontman of Tom Petty and the Heartbreakers, the singer-songwriter left behind a legacy of some of the most beloved songs in rock history, including “Free Fallin”, “Learning to Fly”, and “I Won’t Back Down”. But Petty also left behind three kids. Read on to meet the children of the classic rock star, including his daughters Adria and Annakim and his stepson Dylan.

Adria Petty is Tom Petty’s eldest daughter from his first marriage to Jane Benyo. The couple were married in 1974 and welcomed Adria that same year. A director and cinematographer, Adria has worked on numerous music videos for Beyonce, Coldplay, and Regina Spektor.

Ever her father’s daughter, Adria is a fan of Tom Petty and the Heartbreakers. She told Variety that her favorite album is Wildflowers & All the Rest, even compared the An American Treasure box set, a compilation of his entire career, decade by decade.” I think it has a warm, special place in his musical journey,” she explained. “And in that sense, it’s my favorite because it feels the closest to who he really was.”

Tom and Jane welcomed their second child, Annakim, in 1982. Annakim does a pretty good job staying out of the limelight. She is, however, fairly active on social media — her Instagram account is flooded with pics of her animals and encouraging people to vote. Annakim and her sister Adria were recently embroiled in a legal battle with Petty’s widow, Dana York Petty. Petty’s daughters sued Dana for $5 million, asserting that the widow superseded the sisters’ rights to “equal participation” over decisions over their father’s estate and catalog, as The Blast originally reported.

Legal documents obtained by Rolling Stone revealed that both parties, in addition to Petty’s manager Tony Dimitriades, reached a settlement. The legal battle allegedly delayed the release of An American Treasure and a 25th-anniversary edition of Wildflowers.

After divorcing Jane in 1996, Tom met his second wife, Dana York. When they were married in 2011, the guitarist became stepfather to her son from a previous marriage, Dylan. Tom and his father became close in the years leading up to Petty’s death. Dylan currently lives in Malibu, California with his girlfriend.