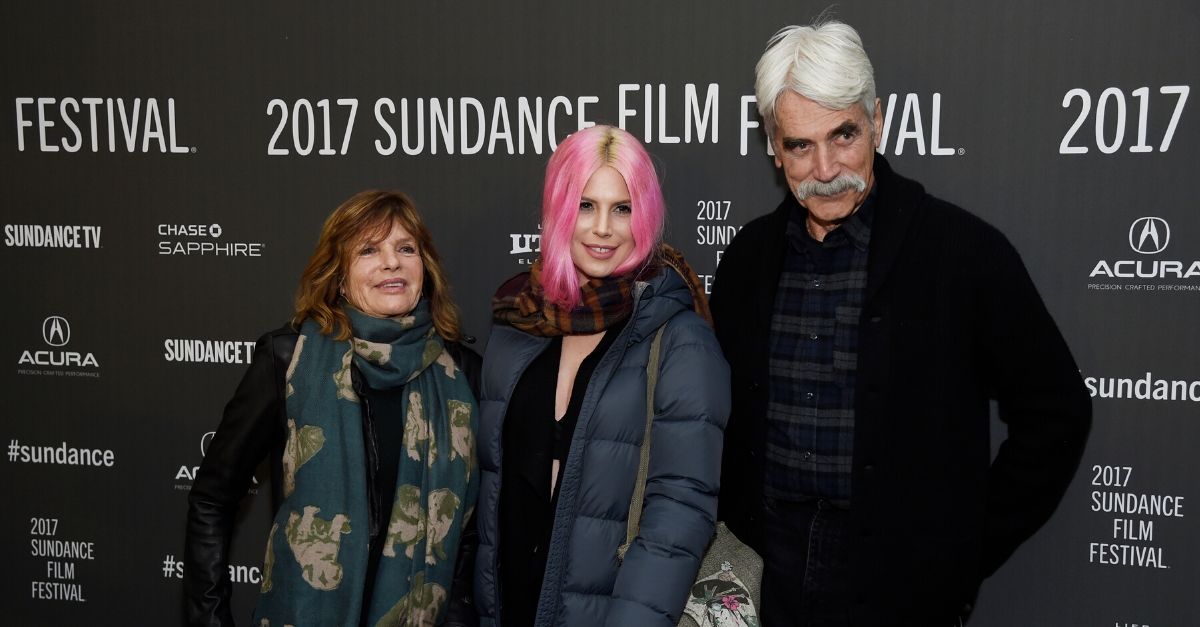 There are so many reasons why actor Sam Elliott is the best on and off camera, and it’s also been established that his persona is driven by his wholesome demeanor and dedication to keeping his integrity as a family man. All he cares about regarding his reputation and personal life, is presenting himself as “Sam Elliott,” a symbol of a classically western, hard-working, and committed father. And even when his family was going through the thick of their worst times, he didn’t stray from that. Even when the worst of it was his own daughter allegedly stabbing her mother, his one and only wife.

Actress Katharine Ross first caught our favorite actor’s eyes when he was just playing a small role on Butch Cassidy and the Sundance Kid, but the couple has the best cliché love story that never gets old. However, since she was the leading lady, he dared not approach her yet. Nevertheless, after Ross’s four previously failed marriages, the couple officially met while filming the 1978 horror film, The Legacy, in London. They got married in 1984, and later that year, had their one and only child, daughter Cleo Rose Elliott.

Oh, what a dream it must be to be married to the handsome Sam Elliott and to have the Hollywood actor with a crystal clear reputation for a father. It almost sounds… too perfect. And too perfect it was. In March 2011, Katharine Ross filed for a restraining order against her own at the time 26-year-old daughter. According to the court documents, Cleo, the red carpet couple’s not so little girl, had “suddenly lost her temper and began to threaten [Katharine],” allegedly telling The Graduate star, “I want to kill you.”

Katharine explained that the young woman had chased her around their family home in Malibu, California, with a pair of scissors, aiming for her eye. When she tried to call the police, Cleo cut the phone line with the scissors, and then proceeded to stab Katharine in the arm at least half-a-dozen times, ?using enough force to pierce [her] skin through [her] shirt and leave [her] with marks that are still visible today.? She stated that Cleo has apparently always had these violent outbursts of verbal abuse since she was around 12-years-old.

The restraining order against Cleo was granted on March 8, 2011, and Sam Elliott’s daughter was not only ordered to move out of their family home but to also stay at least 100 yards away from Katharine. If Cleo needed to pass through the family home, police officers were to be present. On March 30, 2011, a formal hearing was set to finalize the filed restraining order. However, oddly enough, none of the family members appeared to the hearing, suspending the request.

Now, I don’t mean to sound insensitive to such a serious situation, but I would like to think that our favorite beloved, Oscar-worthy, Academy Award-winning actor helped mediate between the two and calm the situation. No one knows why or how the mother and daughter got into this whole debacle or why this information surfaced around this time only. Social media, after the event, presented the family as one undivided unit. I personally would like to think that the hero I see in Sam Elliott, was the one to help save the day and keep his family together. Again, just more reasons to love the guy.