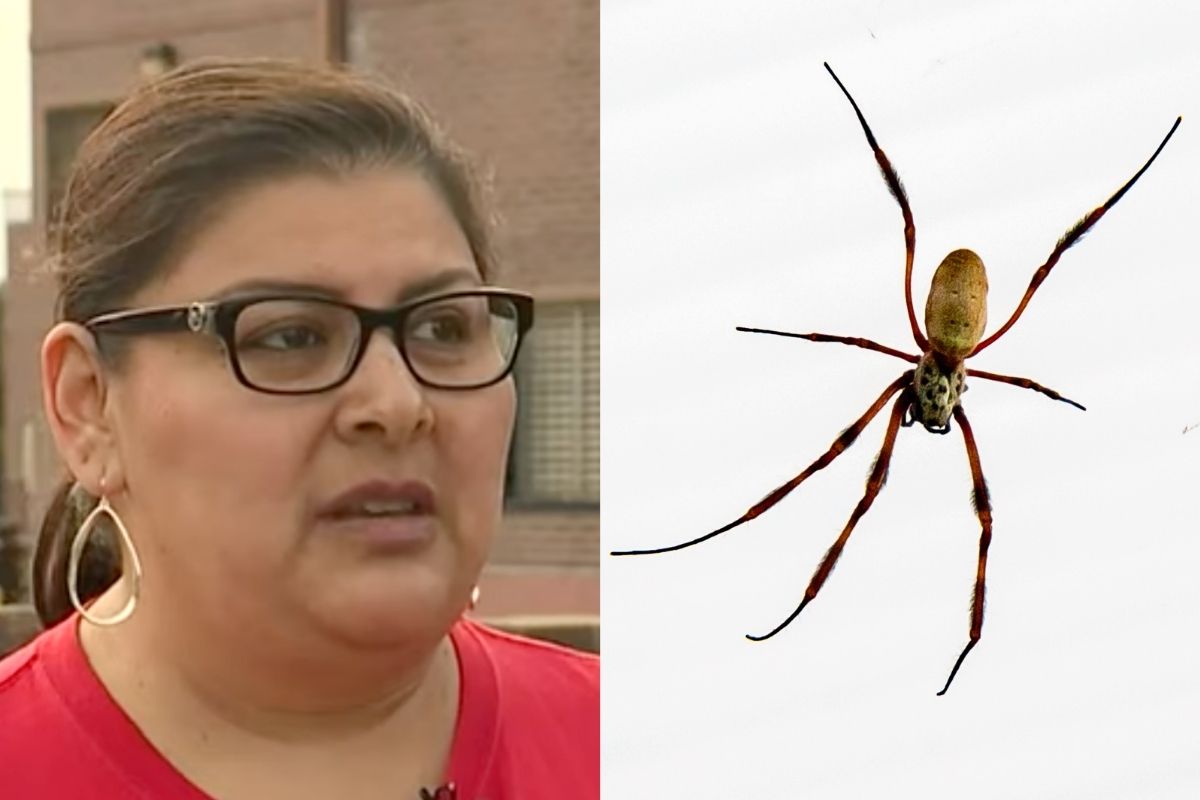 A Kansas City woman had thought she had water in her ear. Turns out it was actually a nightmare. Susie Torres went to the doctor assuming she had a case of swimmer’s ear that she just couldn’t fix. Torres didn’t have water in her ear, though. There was a spider living in there. A brown recluse: the extremely venomous spider.

How Torres found out a spider was living in her ear is probably the most horrible part of all this. The doctor was examining her, saw something especially troubling in her ear, and pretty much ran out of the room. Having your examining doctor find something in you and then run out of the room has got feel like the equivalent of your parachute not opening when you’re skydiving. Just a total feeling of hopelessness. That not only are you screwed, but you are also irreparably and terrifyingly screwed. Screwed in a way that is going to be traumatizing for people to witness.

Thankfully her doctor came back a few moments later with some friends. At first, Torres was informed she had an insect in her ear before the team of morbidly curious doctors eventually realized that it was a spider.

The brown recluse was pulled from Torres’ ear without any further incident, thankfully. Torres wasn’t bitten by the spider so all’s well that ends well, right? Wrong. Super duper wrong. Torres was so (rightfully) creeped out by the incident that she’s now sleeping with cotton balls in her ears until she gets earplugs. And really, is even that enough? The only way to feel safe after this is a full face mask on your head, double-bagging your bed with mosquito netting, and laying out a thousand traps around your home. Also maybe invest in some spider eating birds. If all else fails, installing a self-destruct feature in your home is a smart move as well. Some sort of button connected to fifty pounds of C4. If there’s one place a spider can’t get to you, it’s inside your urn.

Editor’s note: This article was originally published on August 23, 2019.

Watch: Brothers Force Black Widow Spider to Bite Them To Become Like Spider-Man