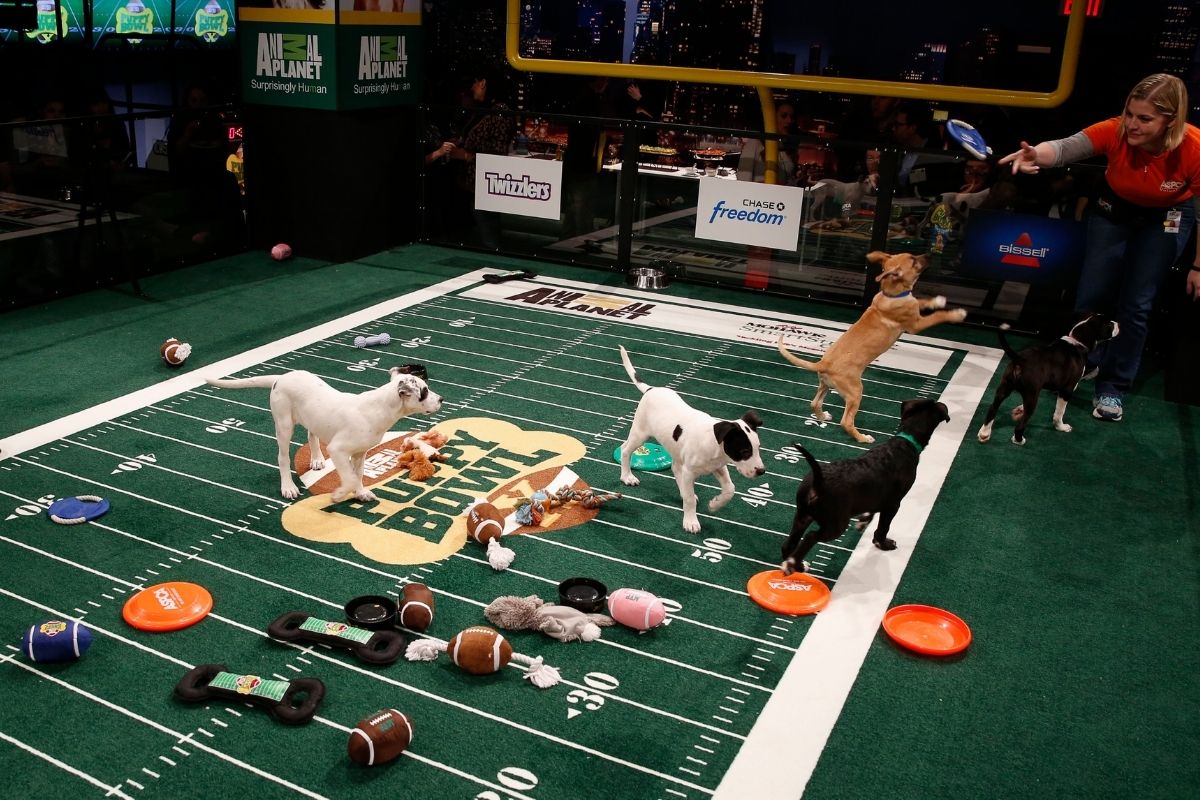 It’s Super Bowl Sunday, time to gather your friends, get those chips and salsa and stock up on some cold Bud Light to watch one of the most awaited events of the year: Discovery+ and Animal Planet’s Puppy Bowl. Yes, move over football, you have already had enough air time for the new year. Make some room for the real superstars here.

This annual tradition is in its 17th year, and apparently, this year’s Puppy Bowl will be even bigger and better than previous years. As always, the special sporting event features dozens of adorable puppies that are available for adoption from rescues organizations and animal shelters that are located across the country and around the world. Yes, it’s a double whammy with a happy ending. Believe it or not, in the past years, the show has been able to boast a 100% adoption rate of the animals that play during the Puppy Bowl and the Dog Bowl, by loving families into new homes.

All of the puppers are divided into two teams ? #TeamFluff and #TeamRuff ? scoring touchdowns for the famous Chewy “Lombarky” trophy at the brand new Geico Stadium. Each dog is also vying for the Bissell MVP (Most Valuable Puppy) Award. But let’s face it, all of these puppies are valuable in my eyes. Because all dogs are definitely winners.

Puppy lovers can expect to see several special needs dogs, celebrity-backed rescues, Colombian canines and more on the field for the Puppy Bowl XVII. There are said to be a total of 95 puppies that represent 25 states and three international locations including Cartagena, Colombia, St. Croix in the U.S. Virgin Islands, and Toronto. You can expect to see the cutest Chihuahuas, Poodles, Golden Retrievers, Yorkies, Pomeranians, German Shepherds, Bulldogs, Pit Bulls and more!

The adoptable puppies will have their own cheerleaders, namely adorable pygmy goats, armadillos, and hamsters, and maybe  they’ll get a kitty halftime show! Everyone’s favorite rufferee, Dan Schachner, will of course be back as he has been commentating the Puppy Bowl for a decade now! Kristen Bell will also be making an appearance with Annenberg PetSpace in Los Angeles, California, to spend time with a Labrador mix puppy named Java.

Puppy lovers will enjoy their favorite parts of the Puppy Bowl including nose to nose action from the water bowls, slo-mo replays, and sweet puppy-kiss cams. Not going to lie, those are my favorite shots. There’s something about dog noses that just make my heart happy whenever they are ‘pup close and personal.’ See what I did there?

The big game airs on Sunday, February 7, 2021, at 2:00 p.m. Eastern Standard Time on Animal Planet and Discovery+. You can get to know more about these “awwdorable’ athletes for the 2021 Puppy Bowl XVII on Animal Planet’s website.

Check out the starting lineup here!

Editor’s note: This article was originally published on January 24, 2020. It was updated, after the new Puppy Bowl dates for 2021 were released.

Watch: Why Does Your Dog Lick You?