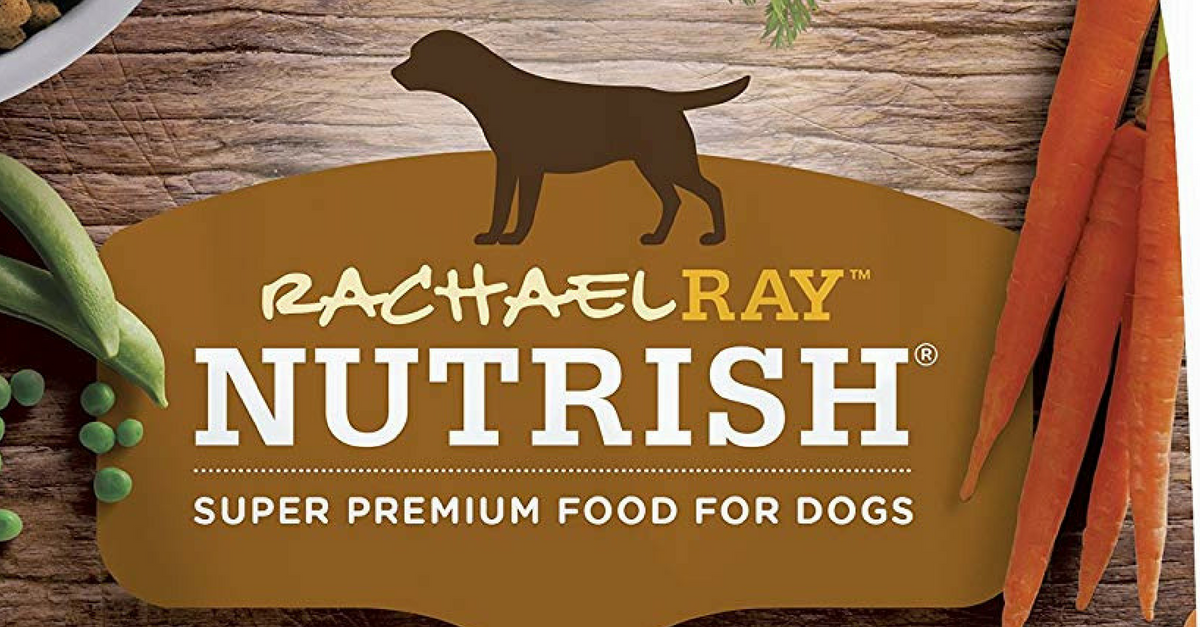 If you love your dog more than you like most people, you’re not alone. To that end, you probably want to keep feeding sweet ol’ Pesto food that you know is good for him. Well if you or anyone you know regularly buys Rachael Ray Nutrish dog food, you might want to reconsider that choice. Recently, Markeith Parks of the Bronx filed a $5 million class action lawsuit against the celebrity chef’s ‘natural’ dog food brand, alleging that it contains an ingredient used in weed killer.

The lawsuit was filed August 1 against Ainsworth Pet Nutrition LLC, stating that the Super Premium Food for Dogs is not as natural as it seems and actually contains herbicide glyphosate, a potentially harmful ingredient. The Wrap accessed the lawsuit that was filed in New York’s federal court system, and it reads:

“Rachael Ray Nutrish knows that consumers seek out and wish to purchase whole, natural foods for their pets that do not contain chemicals, and that consumers will pay more for foods for their pets that they believe to be natural than they will pay for foods that they do not believe to be natural. To capture this growing market, Rachael Ray Nutrish aggressively advertises and promotes the Products as ‘Natural’…

These claims are false, deceptive, and misleading. The Products at issue are not’ Natural’. Instead, the Products contain the unnatural chemical glyphosate, a potent biocide and endocrine disruptor, with detrimental health effects that are still becoming known.”

Essentially, the lawsuit states that the dog food is far from natural, and also brings up the fact that the World Health Organization named it a probable human carcinogen that has also been shown to “cause liver disease in rats at levels far lower than is allowed by the EPA.” Now, the dog food boasts the phrases “Natural food for dogs” and “No artificial flavors or artificial preservatives” on the packaging, along with the claim that only real ingredients are used.

The claims against the dry food by Park have been met with opposition from J.M. Smucker (yes, that Smucker!), the company that recently bought Ainsworth Pet Nutrition for almost $2 billion, per Fortune.

A spokesperson for Rachael Ray told NBC that Ray even feeds Nutrish to her own dog at home while championing the safest and highest quality pet food products out there. J.M. Smucker responded with a statement to the lawsuit, stating,

“We were disappointed to be recently notified of a lawsuit filed against us claiming we knowingly deceive pet parents about our products. Despite what this lawsuit claims, we would never use ingredients in our products that harm pets. The pesticide mentioned in the lawsuit, glyphosate, is commonly used by farmers but is obviously never added as an ingredient in our products.

“All our products meet or exceed federal food safety requirements. We plan to aggressively defend ourselves against this misleading lawsuit and hope it does not cause pet parents any additional unnecessary concern. If pet parents have any questions or concerns about our pet food or treats, we encourage them to contact us directly at 1-800-323-7738.”

Get your paws on our new treats flavors 🐾 | 📷: @cooper_the_charleston_golden

On the Rachael Ray Nutrish website, the natural ingredients for the Nutrish Super Premium Food for Dogs Real Chicken & Veggies recipe are listed as: plain beet pulp, brown rice, chicken fat, peas, soybean meal, whole ground corn, and more. The lawsuit states that the potentially harmful chemical was sprayed onto the vegetables in the recipe, leading to amounts in the actual pet food. The website also notes that the chicken included is U.S. farm-raised chicken and that the dry dog food contains no poultry by-product meal, fillers, wheat, or wheat gluten ingredients.

For now, we’ll keep an eye on this class action lawsuit as it makes its way through the court system. In the meantime, will you switch brands?