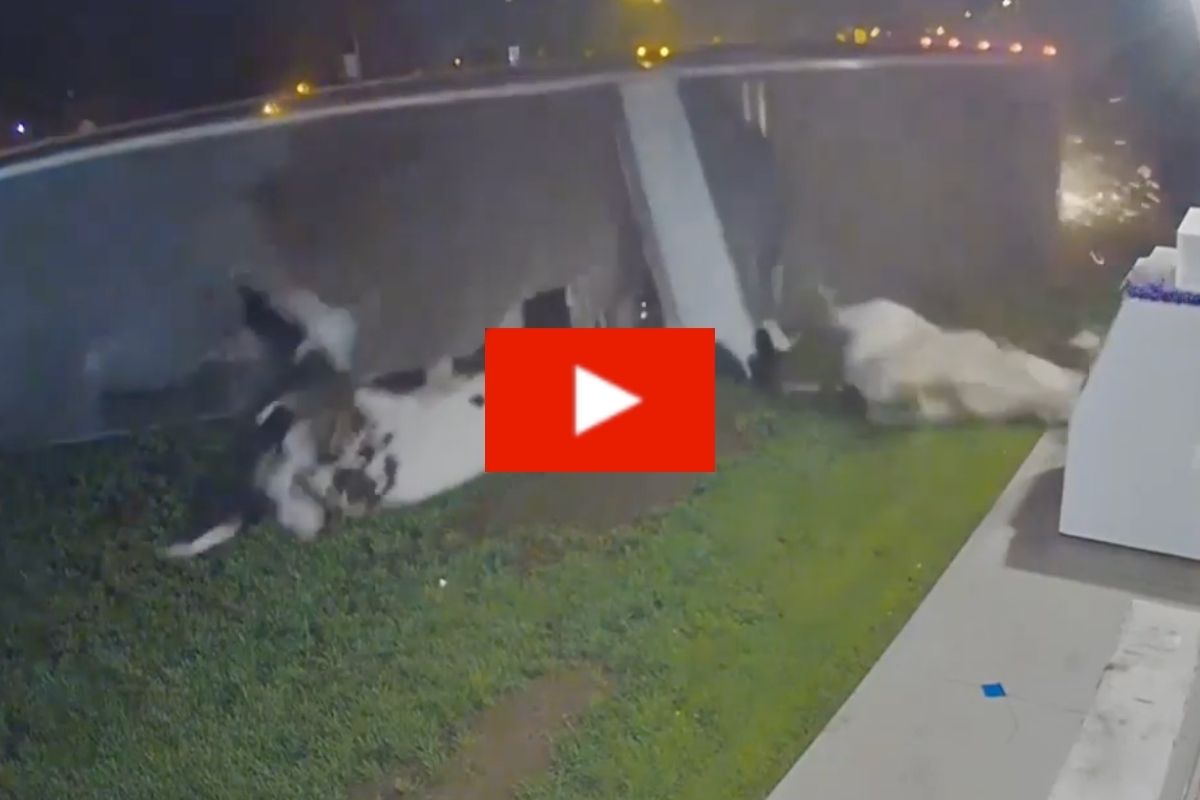 I have never felt this sorry for cows before. Yes, I said cows. Driving past herds of them in rural parts of towns never really made me think, “Man, those poor cows,” and I won’t speak for the activists, non-meat eaters, etc. But after seeing this video caught by a liquor store in Nebraska, I think I might be a little wearier every time I do see cows now.

A camera at Lucky Joe’s Liquor Store in Neligh, Nebraska caught the most disturbing video on a late Thursday night. The liquor store video shows a horrible semi-truck crash, capturing how the semi flips onto its side. But that’s not even the worst part. Not only does the semi-truck flip, but as it landed on its side, it flings the cows that it was holding inside out of the roof.

The video shows that as the semi-truck crashed, it hit a pole, initiating the momentum to send the cows flying through the top of the cattle truck. The cows landed in the building, and you can see some of them struggling to roll over and get up.

The driver of the semi is luckily okay with minor injuries. The cows, however? Not exactly the same story. Apparently the driver had thirty-one cows in his cattle truck. At least five of the cows had slid out of the top of the trailer part and slid towards the building, suffering minor damage. The video shows one of them sliding into an ice freezer, getting up, and walking away.

However, not all the cows were as lucky. Three other cows were already found dead, and four others had to be put down due to their injuries. According to Neligh Police, the crash was still under investigation. Again, I have never felt more sorry for cows in my entire life. It might actually make me reconsider my actions while eating burgers.

Editor’s note: This article was originally published on May 11, 2020.

Watch: Dad Hilariously Serenades a Herd of Cows With His Saxophone Skills