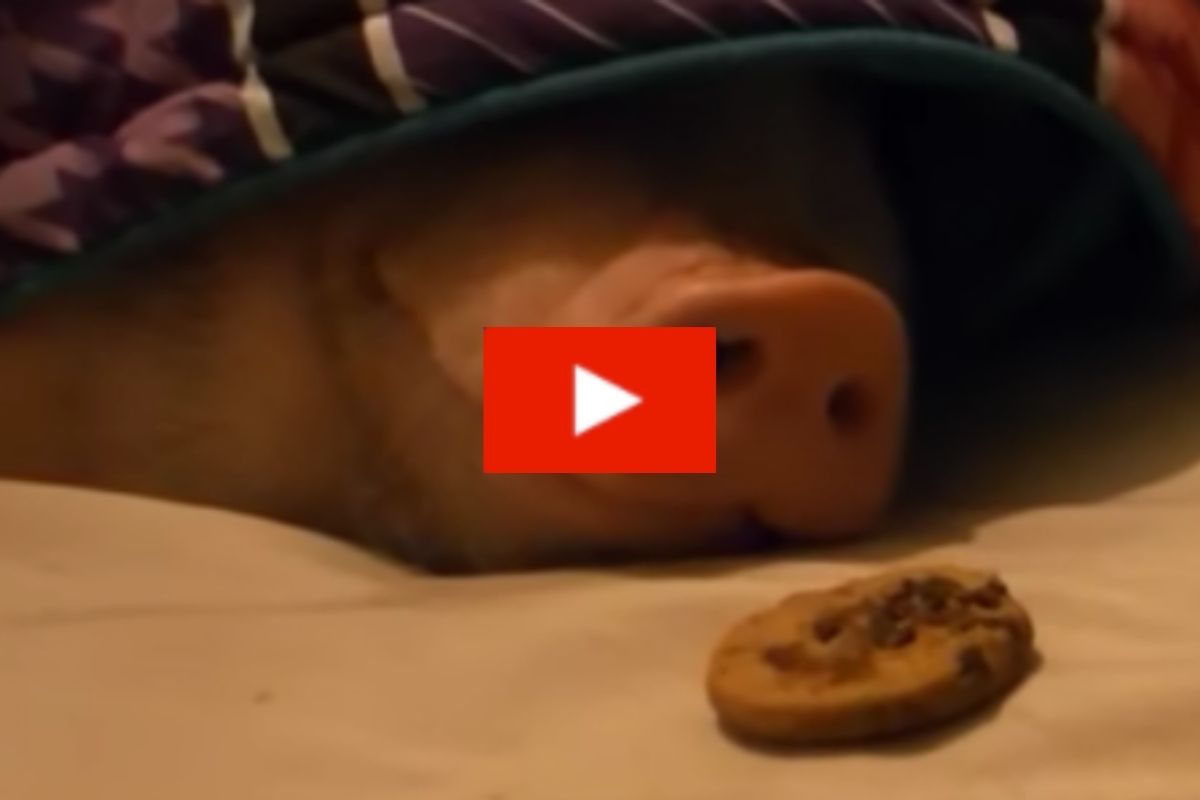 The phrase “pigs in a blanket” refers to kolaches, which can be sausages wrapped up in a soft dough and baked with whatever you feel like adding, whether it’s cheese, jalapeños, or both. But what do you do with a pig actually in a blanket? You wouldn’t feed it any kolaches.

But what this piggy in a blanket did eat was a chocolate chip cookie. Going by the name of Phoebe, the adorable pig was videoed at a pig pen in Florida, waking up to the smell of the delicious treat. The hilarious video, by Youtuber prissy and bomber, was trending back in 2013, for how innocently cute it was to see this pet pig slowly wake up because its chocolate senses were tingling.

Sleeping Pig Wakes Up to Smell of Chocolate Cookie

Phoebe is seen completely hiding in pure, uninterrupted sleep beneath a blanket, with only her cute little piglet nose peeking out from underneath. Phoebe’s owner puts the chocolate sweet in front of the nose and waits patiently for Phoebe to unmistakably inhaling the delightful smell as she was breathing normally.

Within a matter of a few seconds, her nostrils start twitching as she can suddenly smell the cookie. But instead of busting out of the comfort of her little snuggle-puddle, she simply just pushes her snout a little farther out from beneath the blanket, using her mouth and tongue to snag the cookie from its place. She then proceeds to happily munch on the delicacy from the comfort of where she was just snoozing.

It seems like she’s not the only pig that likes to enjoy their food in bed. Another video that also garnered over one million views featured a piggy just like Phoebe, who was also given a cookie of some kind. The unnamed pet also did not get up from under the blanket it was so comfortably beneath, and it reached out for the treat just as Phoebe did. It did take a nice, big sniff first though.