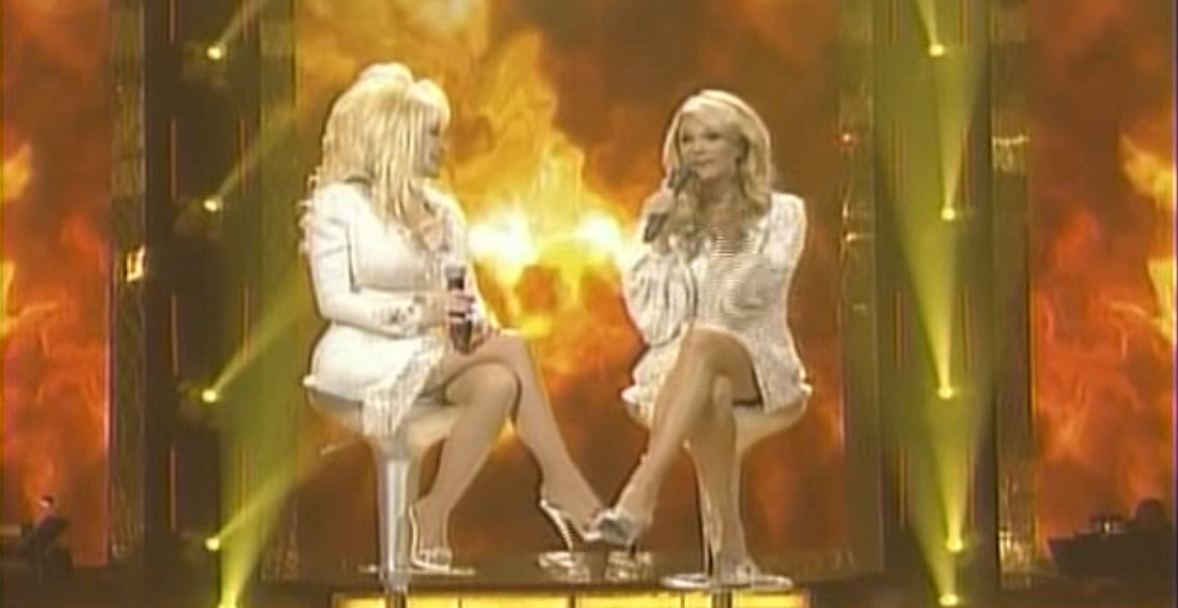 It’s no surprise that Carrie Underwood is a big fan of Dolly Parton. The country artist got her start on the stage of American Idol back in 2005, after graduating with honors from Northeastern State University in Oklahoma. Today she prides herself on her decade of being a Grand Ole Opry member in Nashville and touring the world to share her music. But none of that would have ever been possible without someone to look up to. That someone being Dolly Parton.

At a recent concert in Los Angeles, Underwood shared, “There were a lot of artists — a lot of women, especially — that, what can I say, I just fell in love with [growing up], but there was one in particular … I don’t know, there’s just something about her. Her name is Dolly Parton.”

While this video may be old, there’s no doubting the amount of talent both of these women have when it comes to singing. Just take a listen.

Dolly Parton joined Carrie Underwood in 2009 for “The Carrie Underwood: All-Star Holiday Special,” where the two discussed careers and sang together one of Parton’s hits: “I Will Always Love You.”

Does the title ring a bell? The song was made popular by Whitney Houston, it was originally written by Parton.

More recently, the country music star covered the song during her Storyteller Tour.

“Over the years, I’ve come to realize that she just has that thing that all of us women in country want to have,” she continued. “She has that career, she has just that personality. She does everything so well. She is an incredible storyteller, and songwriter and performer and vocalist. Everybody in the world knows Dolly Parton.”

This article was originally published on December 30, 2018.