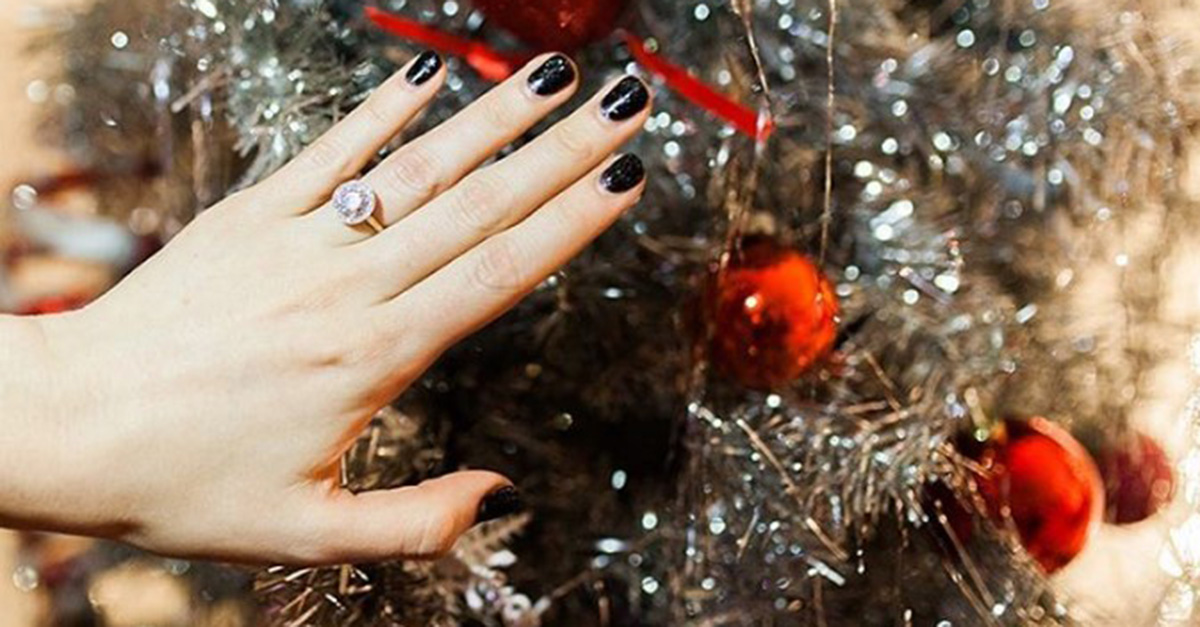 If you think back to the end of 2016 when it comes to country music stars, chances are you might recall the many artists who revealed that they got engaged. It makes us wonder, which stars will be the next to say the words, “I do.” Of course, there is no race on who makes it to the alter first, but we can’t help but get excited over another possible Tim and Faith or Garth and Trisha or even Johnny and June!

So, in the spirit of Valentine’s Day 2017, here are 8 of our favorite country couples that we think could walk down the aisle very soon!

RELATED: This real-life country couple steams up the screen with this sexy new video

Maren could very much be the next to flaunt her engagement ring. The country darling met Ryan during a songwriting session in 2013. They even wrote a Tim McGraw song together called “Last Turn Home.”

If that’s not sweet enough, the Texan star recently took home a Grammy for Best Country Solo Performance for her breakthrough smash, “My Church.” Her beau couldn’t help but gush over his lady love’s win. He wrote via Twitter, “I think she could have won every category, but one is strangely perfect. Love you MM, I cannot wait to see you Thursday… @marenmorris”

I think she could have won every category, but one is strangely perfect. Love you MM, I cannot wait to see you Thursday… @marenmorris

Don’t let Sam and Hannah’s on-again/off-again relationship fool you, because they are totally on. The country hunk and the girl who inspired many hits from his “Montevallo” album recently got engaged over the Sea of Galilee during their Jerusalem getaway.

Now, it’s only time before they tie the knot!

According to the blonde-haired bombshell’s Instargram page, she met hunky musician, Morgan, during the 2016 Country Music Channel Awards in Brisbane, Australia. They got engaged on Christmas – nine months after becoming boyfriend and girlfriend.

More recently, Morgan gushed over Kelsea’s appearance at the 2017 Grammys. Following her “Peter Pan” performance, he sweetly tweeted, “Just nudged the stranger next to me and said ‘I get to marry her.” OK you two, now when is the date?

This morning, 9 months and 13 days later, he got down on one knee in the kitchen while I was burning pancakes and asked me to marry him. Loving him has been the greatest gift of my life. And now I get to do it for life. #HECALLEDDIBS

Boyfriend and girlfriend of one year, Blake and Gwen haven’t gotten engaged just yet. But, that doesn’t mean they haven’t been dodging engagement rumors. And heck, Blake seems like he’d make a fine step-dad to Gwen’s three sons — Zuma, Kingston and Apollo!

On Feb. 27, the two lovebirds will take up their roles as coaches on “The Voice” – the same show that brought them together! Wouldn’t it be perfect if Blake popped the question on the sing-off show, y’all?

They kept their relationship pretty private, but Kacey couldn’t help but gush over her sparkly engagement ring on Christmas Eve. Musician Ruston got down on one knee in front of the pink childhood bedroom where Kacey played with her Barbie dolls as a child!

Now, we can’t wait to see how they plan to make a humble abode of their own when they exchange vows.

Miranda and Anderson haven’t gotten engaged, but they seem to be over-the-moon about each other. Heck, the “Highway Vagabond” singer even dons a T-shirt with her beau’s name across the front every now and then. Now that’s support, y’all!

The lovey-dovey twosome made their red carpet debut in April of 2016 at the ACM Awards. They’ve accompanied each other as dates ever since! We could totally see them being arm-in-arm forever!

RELATED: Valentine’s Day will be both sweet and sexy for this country couple

We have a feeling that William and Runaway June singer Jennifer will trade out sleigh bells for wedding bells in due time. The soon-to-be husband and wife got engaged over the Christmas holiday, and even celebrated with some glasses of champagne!

Cassadee is the latest country darling to announce that she’s engaged. The “Think of You” star, who is fiancée to All Time Low band member Rian, shared the exciting news with fans on Instagram on Feb. 11. Though the couple’s engagement is recent, Cassadee and Rian have been dating for seven years. So, anything is possible!

So, which country couple do you think will be the next to tie the knot?