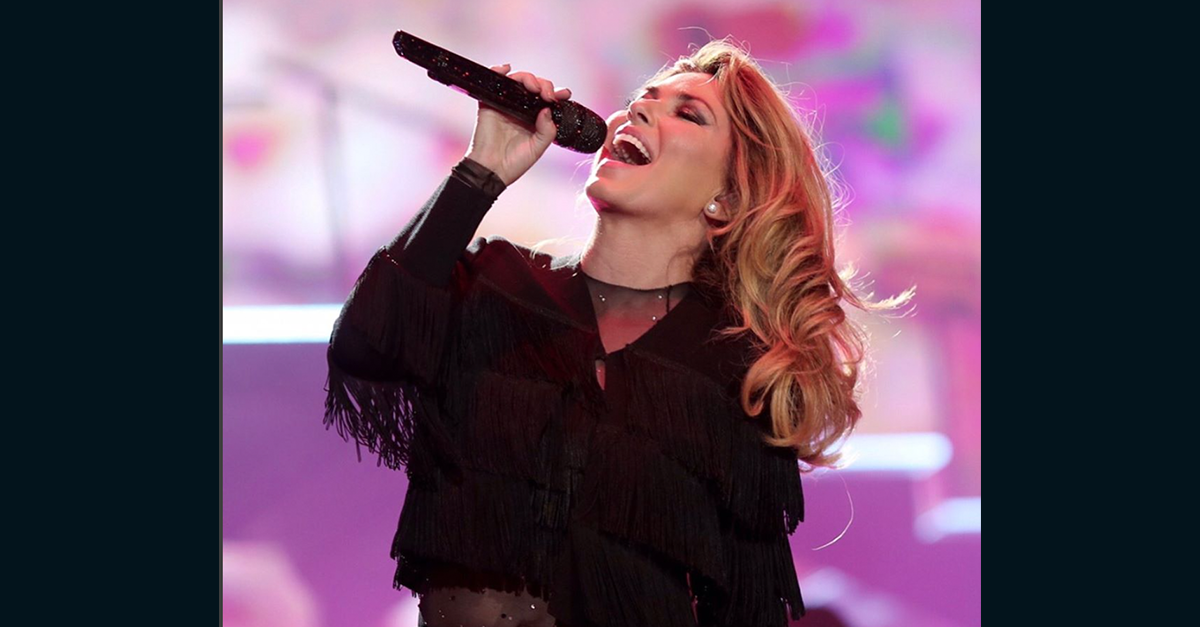 The wait is over for new Shania Twain music.

The pop/country superstar debuted her brand-new single, “Life’s About to Get Good,” during her set at the Stagecoach Festival on April 29. It’s got a positive message, but Shania wrote it taking inspiration from both the good and the bad times in her life.

According to The Desert Sun, she told the crowd that it’s important to have that balance in your life.

What a night! Thank you 😘 Repost from @stagecoach

“Life’s About to Get Good” will hit the radio in early June as the first taste of Shania’s upcoming studio album, due out in September. She hasn’t released a full-length studio album since 2002’s multi-platinum smash “Up!”

Also during her Stagecoach set, Shania brought out Kelsea Ballerini for a duet on the signature hit “Any Man of Mine.” Shania praised Kelsea saying, “”I really admire her talent; she is an incredible singer-songwriter.”

Nick Jonas, who cites Shania as a major influence on his music, also joined the superstar for a duet on “Party for Two.”