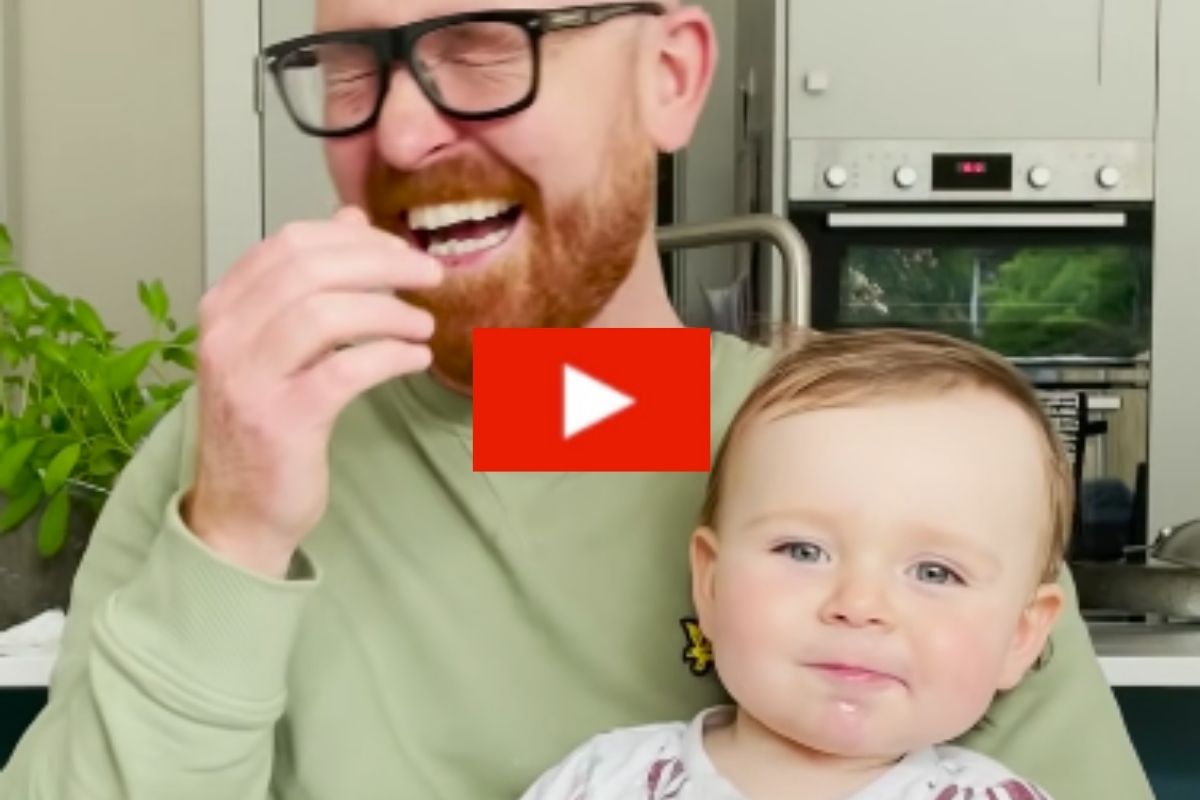 I can already hear the, “HELL NO!” coming out your mouths the second you hear this baby’s voice. And the way these parents reacted is obviously why they’ve been sent to parent this child, as opposed to anyone else. Someone call an exorcist please!

A couple from Ireland recorded their baby son Aiden James, finally learning to say “mama,” and that sounds adorable, right? I mean, you’ve seen countless videos of children taking their first steps and saying their first words, even if the words are hilariously too vulgar. But this video really went viral because when this very innocent, very harmless-looking child spoke the motherly term, it wasn’t in the adorable babbling voice you would expect to hear.

That’s right. The pits of hell must’ve been birthed in this child, as he let out a growl that sounds like “mama” in a demonic voice. It’s the kind of stuff you see in horror movies where the kids are the only ones able to talk to creepy ghosts, making friends with the monsters that haunt the house their family just moved in and invaded. Obviously, I’m joking… or am I?

Aiden’s mom, Maiken Woll Eide, recorded her husband Julian Brophy and Aiden while he’s on his father’s lap. Crazily enough, both parents just start laughing, maybe in disbelief, at what had just come out of little AJ’s mouth for the first time. The special moment spread like wildfire on social media, and now you can see why it was trending.

Babies can be adorable, and cute videos of them will never become obsolete. Although I can’t say that I know if I’ll ever actually want children or not, in the midst of my cynicism, I do enjoy the beauty of raising life. But look, that doesn’t mean I won’t make (if I haven’t already) crude comments about children, like how newborns sometimes resemble ugly old people or aliens. And this video gives me all the credibility to say that. Do you think I need to consult an exorcist in fear of just merely watching?