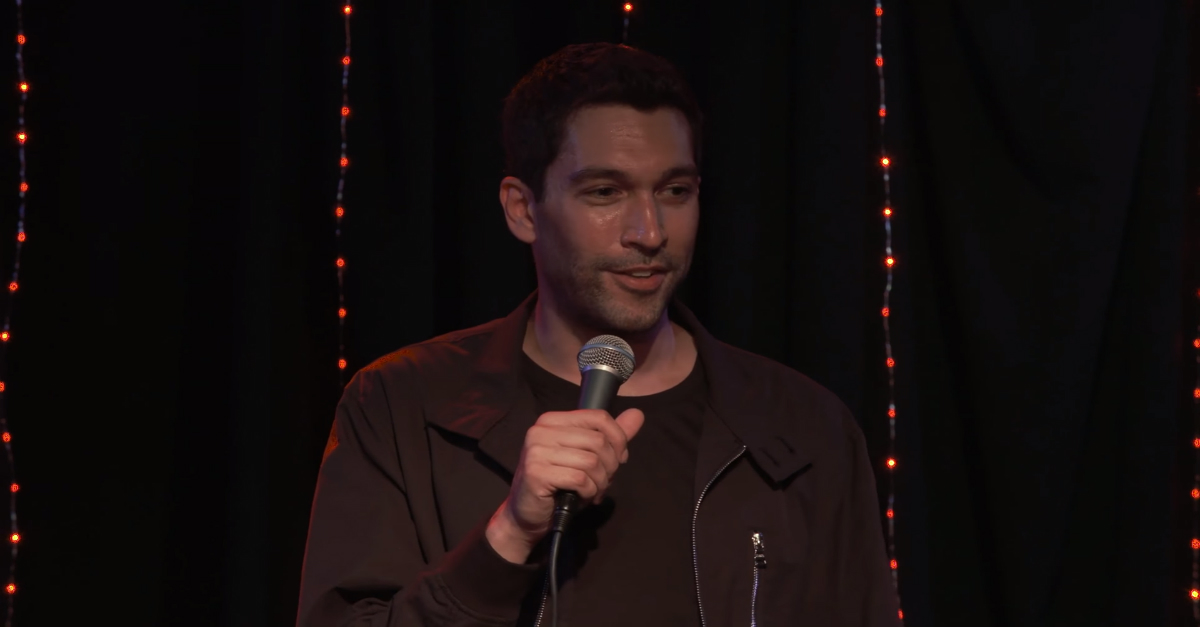 Phone interviews with comedians can sometimes be a chore. It?s a 30-60 minute struggle with the interviewee sticking to a well-rehearsed script as they try to plug whatever it is they?re there to plug, while the interviewer tries to coerce them into revealing something genuinely personal or some exclusive piece of information that the other publications will have (hopefully) missed out on.

Thankfully, our chat with New York-based comedian and podcast host Dave Smith wasn?t one of those struggles.

Smith isn?t like most comics. Don?t let his sexuality (straight), his race (white) or his gender (male) fool you into thinking that he?s had as easy a ride as the incalculable number of other stand-ups who tick all three of those boxes. Most of them also tick another box that Smith most certainly does not.

?Being a libertarian in New York City  is surprisingly un-lonely.? Smith said. ?Well, there might be some intellectual loneliness. But these days it?s less lonely than it?s ever been.? And he?s definitely not wrong. Smith has a loyal fanbase of like-minded individuals who attend his shows and listen to his podcast — the aptly named ?Part of the Problem,? where he expounds upon current events, our government, foreign policy and all things Libertarian.

?It started as therapy. I needed to vent about everything that was wrong with the system. It?s just me exploring ideas, trying to provide something entertaining and thought-provoking.? He considers himself lucky to actually have people willing to listen to what he has to say. ?I feel like Ron Paul and Murray Rothbard were just shouting into the wilderness for years before anybody cared.?

Like many libertarians his age, it was Ron Paul?s 2008 campaign that turned him onto the liberty movement. ?I grew up left wing because that was the thing to be. I really disliked Bush and was vehemently anti-war,? he said. ?The Ron Paul campaign was fascinating to me and it made we want to read whatever I could get my hands on and then it was Murray Rothbard and guys like that who — for lack of a better term — converted me.?

He?s certainly less enthusiastic about the current state of the Libertarian Party, however. ?I?ve met Gary Johnson and I like him but I don?t think was built for this. It is unforgivable to not know what Aleppo is. That?s not okay,? he said. ?There were people who mocked Ron Paul but there?s something fundamentally good about having a leader who?s a doctor who knows more about economics than everyone else in the room. Homework matters.?

Smith, who was raised by a single mother in Park Slope, Brooklyn, entered the word of standup comedy in his early twenties when his close friend and fellow comic Luis J. Gomez — who also produced and directed Smith?s upcoming special ?Libertas? — encouraged him to get on stage and start venting. ?I?m a 90’s kid, so I grew up on ‘Seinfeld’ and ‘The Simpsons.’ Shows like that are in my DNA. A big reason why comedians today are so good is because they were influenced by these amazing comics and TV shows.? Smith also cites Dave Attell, Patrice O?Neal and Dave Chappelle as influences, and he?s a big ?South Park? fan — obviously. ?That show is so funny because they trash everybody and they?re not in the business of defending an agenda.? Which is something he weaves into his own comedy. ?My disgust and hatred of the entire system allows me to be funnier.? This thought process is certainly evident in the aforementioned special ?Libertas.? Nobody is safe from Smith?s earnestly hilarious scorn.

?If you?re too dug into a team, it?s hard to be funny,? he told us. ?Trump is literally a cartoon character, right down the to color of him! But the left and the people who are the most rabidly anti-Trump have gotten so cartoonish themselves. But it?s a goldmine for comedy.? The first half of the special is all about the moment we?re living in right now — the Trump moment. ?We live in the most profoundly hilarious time, but nobody wants to talk about what?s right in front of them. Trump is a buffoon, but so are you and so is everyone. I?m just trying to point out the absurdity of all of this.?

Smith was modest when we pointed out how brave he was for crafting such topical material, but he acknowledged the riskiness. ?I was worried that he?d get impeached and the first half of the special wouldn?t make sense anymore.? Nonetheless, he seems to have thrived in the tumultuous political climate. ?2016 was the best year of my career. I feel like there?s a big audience of people who want a different voice,? he said. ?There was a lot of disgust at the whole system and it?s right up my alley.?

RELATED: The next big thing: Mark Normand talks to Rare about political correctness, safe spaces and his friend Amy Schumer

Whether you agree with the content or not, there?s no denying that ?Libertas? is different from most comedy specials. Smith?s Libertarian voice adds an extra layer of interest, but his jokes are never clouded by a specific agenda, and he definitely has no time for political correctness. ?The left has waged a full scale war on comedy,? he claimed. ?The only way to defeat that culture is to mock them and laugh at them.?