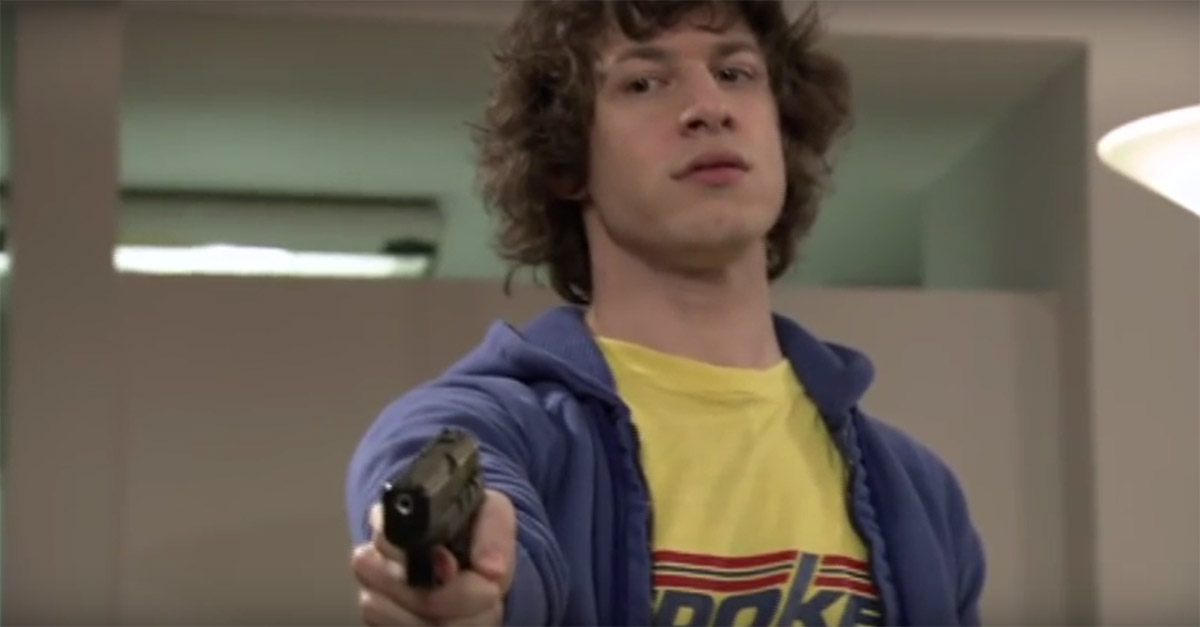 Nowadays, “SNL” frequently features pre-recorded digital short films in its broadcasts, typically using them to set up more elaborate scenes and jokes that would be difficult to do live. But the Digital Shorts are a relatively recent addition to “SNL’s” history, starting up only a decade ago and mostly being produced by Andy Samberg and his contemporaries in The Lonely Island. One of the first such videos to go viral was “The Shooting,” aka “Dear Sister,” a parody of “The O.C.”

RELATED: Ellen gets in on the internet?s latest craze: The Blow Cup Challenge

While Imogen Heap’s “Hide and Seek” plays in the background, Samberg and Bill Hader shoot each other out of the blue. Each time the gun goes off, the song starts over from the beginning, spoofing the melodrama of popular TV. As new characters enter the sketch, the gun either goes off and hits them, or they shoot each other for no reason, each time restarting the dramatic music from the beginning.

If you roll your eyes at how seriously some TV shows take themselves, this is the sketch for you.