To promote her new movie “The Little Hours,” actress and former “Parks and Rec” star Aubrey Plaza smoked weed with a couple of stoner nuns.

As Plaza and the two Sisters of the Valley spark up, one of the nuns — Sister Kate — tells the actress how she decided to become a nun after hearing that Congress had declared that pizza was a vegetable in order to make school lunches seem healthier than they are.

RELATED: Lose weight fast with an aggressive “Attack Cardio” workout plan designed by one of Hollywood’s most intimidating men

Plaza and the nuns then discuss whether or not Jesus Christ smoked weed himself, eventually concluding that he probably did and assuming he had access to some primo ganja. 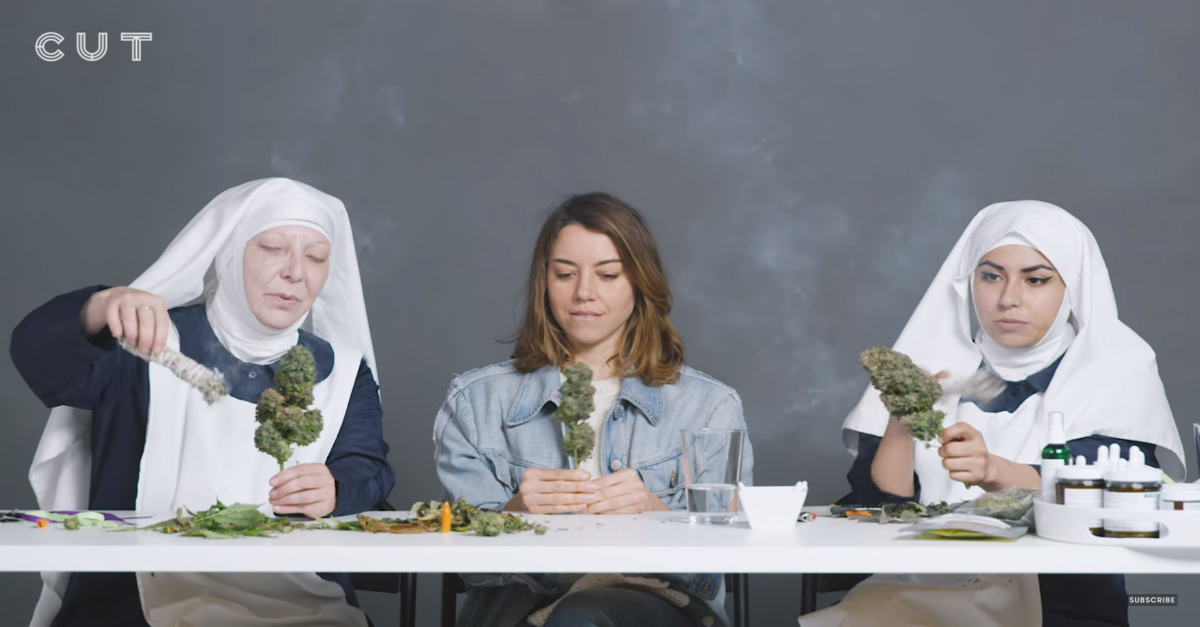