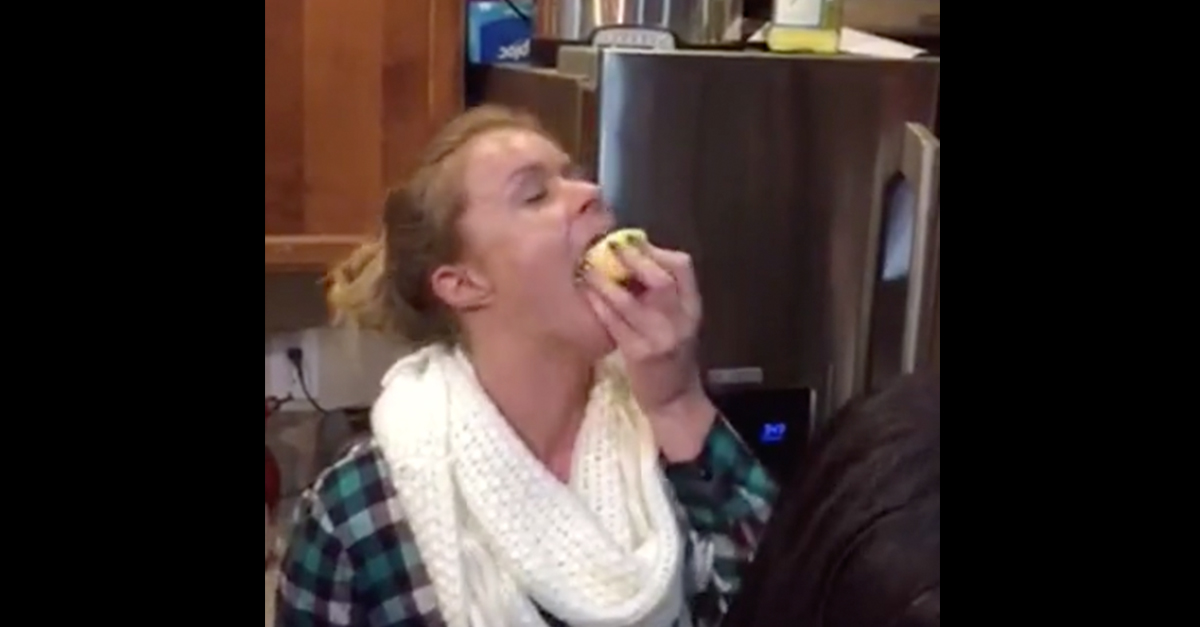 People have a lot of useless talents, like being able to lick your elbow or playing the oboe, but this one takes the cake. A woman in Oregon, apparently, has the relatively unique ability to swallow an entire stick of butter in one quick sitting like some sort of Paula Deen/anaconda hybrid.

There is, really, no back story to this video. It’s just a lady swallowing an entire stick of butter.

Why? you may be asking yourself. No idea. Does there need to be an answer to ‘why’ here? Can there be? That’s like asking why your dog is doing something weird and pointless. It doesn’t know. You don’t know. There is no answer. It’s just happening.

Even still, I have some thoughts:

1. Really surprised this isn’t something a 19-year-old is doing. This lady looks like she’s on the PTA but here she is taking down enough butter to make a pie crust with. This should be happening at some college apartment with five empty bottles of vodka worth a combined twenty dollars when full laying around. Not at the end of a cul-de-sac.

2. I got hard just watching this. Specifically, my heart. Because what’s happening in this video is so unhealthy that it made me fatter just watching it. It made me chubby in the wrong way.

3. This woman might not have a gag reflex but she should still be puking. If her throat doesn’t have that power you would think her stomach would have sensed that she was deep-throating half a pack of Land-O-Lakes and been like, “NOPE! Get outta here.” So apparently not only does this woman lack a gag reflex but she has an iron stomach too.

4. But I don’t care how strong her stomach is, the toilets in her house had to be a war zone the day after she did this.

5. Go ahead and call this the Butter Challenge and see how many kids ruin their weeks trying to recreate this.

This story was originally published October 23, 2016.

Watch: This Man Killed an 820-pound Feral Hog in His Own Front Yard