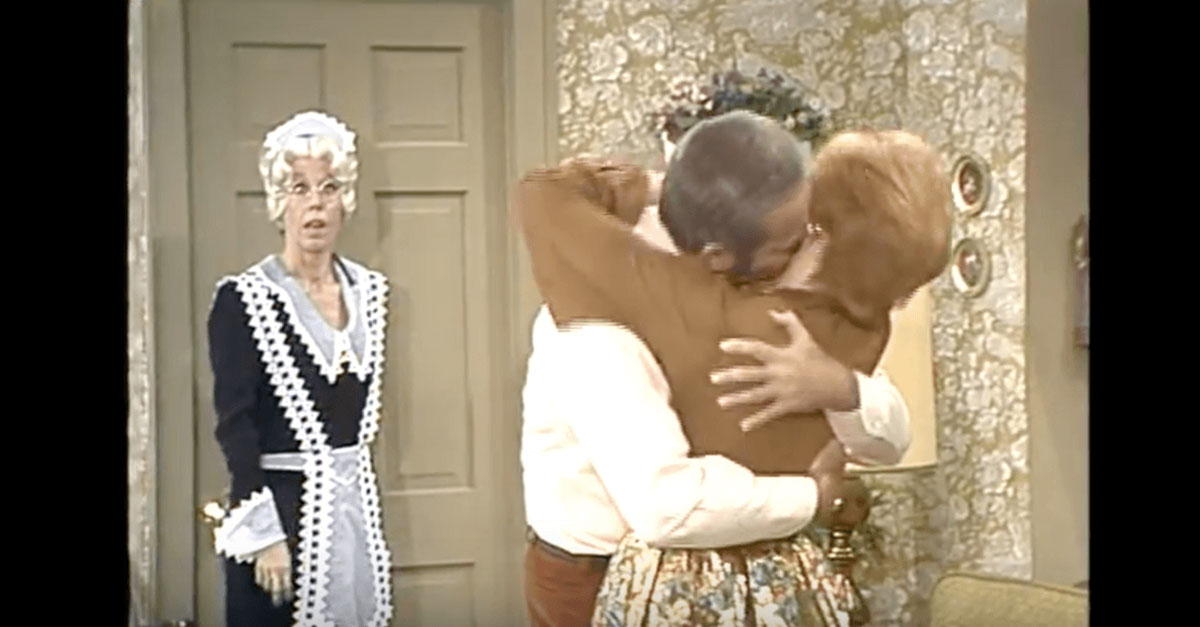 “The Carol Burnett Show” has provided us with countless laughs throughout the years. The cast members would find themselves in comedic situations in every skit. Sometimes they would even include some pop culture references in their scenes.

During the show’s first season, Carol tackled the Sunday comics. She did a parody skit of the “Mary Worth” cartoon. Carol played Mary Worthless and she lived up to that name, portraying a meddlesome troublemaker looking to cause trouble under the guise of helping others.

Mary Worthless is a maid helping a couple serve dinner to the husband’s boss. The happily married couple has been married for 5.5 years. They gush over each other, but after spending just minutes with Mary Worthless, their marriage completely crumbles under her meddling.

The skit goes off the rails during the last minute and a half. The cast couldn’t get through the scene without laughing. Harvey Korman’s son Chris actually commented on the video saying, “This was one of the funniest skits because Carol and my dad couldn’t get through it once Lyle drops the keys that were it for my dad. Carol never wanted to do it in rehearsal. Once Carol saw the pie in my dad’s face that was it for Carol. My dad laughing outside the window.”

Vicki Lawrence ends up throwing a cake in Harvey’s face. You can see that Harvey is laughing underneath all of that frosting. He tries to contain his laughter, but he wasn’t fooling anyone. His laughter made Carol Burnett start to laugh before she declared she would never do this skit again.

Watch the hysterical video below.

You never knew what would happen when you tuned in to watch “The Carol Burnett Show,” but you always knew you were going to laugh.

If you laughed at this, click here to see Carol Burnett as a maid in another hysterical skit.

This article was originally published on January 24, 2018.