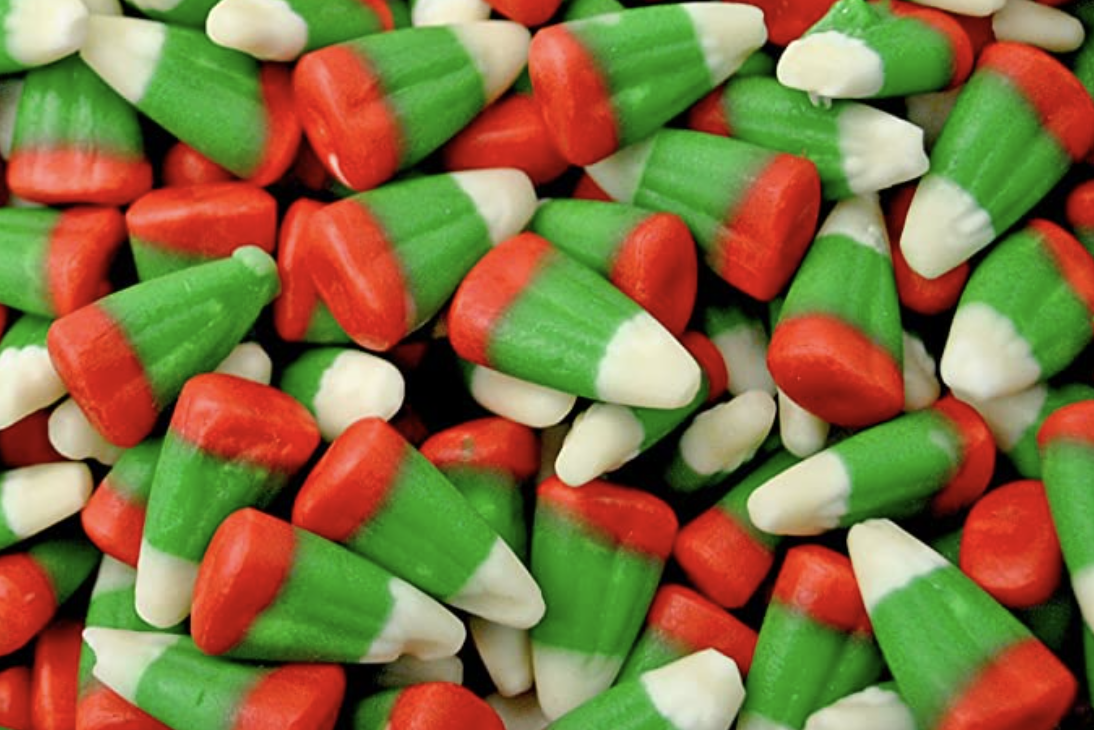 Candy corn is one of the most divisive sweets in America. The holiday candy is typically only associated with Halloween but the sugary little cones are trying to make inroads on Christmas as well.

Christmas Candy Corn Can Beat It

Christmas candy corn isn’t something that was invented in 2020 but every year the Halloween candy tries to establish itself just a little bit more for consumption throughout the entire holiday season.

It’s got to stop.

I can actually get on board with candy corn being a Thanksgiving sweet. The colors fit and there aren’t many (any?) Thanksgiving candies. Just pie. So, fine. We keep the pumpkins for an extra month, throw the corn syrup confections in there. But Christmas? You stay the hell out of there candy corn. That’s for candy canes and peppermint bark and milk chocolate or dark chocolate Santas. Also terrible hard candy. And marshmallows, but only in hot chocolate.

I don’t care if you’re shaped like a Christmas tree. Or colored red and green. Or if you call yourself reindeer corn. It’s all lies!

Holiday Candy Corn is a Lie

Just give us alllll the Christmas candy corn please.

A lot of people would probably be into this, actually. (See: The Nightmare Before Christmas). But as far as my holiday candy goes, keep them all separate. I don’t want candy corn on Christmas any more than I want Easter candy on December 25th. It’s not Jelly Belly, licorice, and lollipop season. Nobody should be serving Peeps and jelly beans at a Christmas party. I only want Chistmas themed candy bars. Like a Reese’s cup shaped like a snowman or whatever.

By all means, you’re all adults, so feel free to go out and buy Christmas candy corn, just know that what you’re doing is an abomination and deeply upsets baby Jesus.