Cop Filmed Stuck On Fence, Upside Down, Without Pants 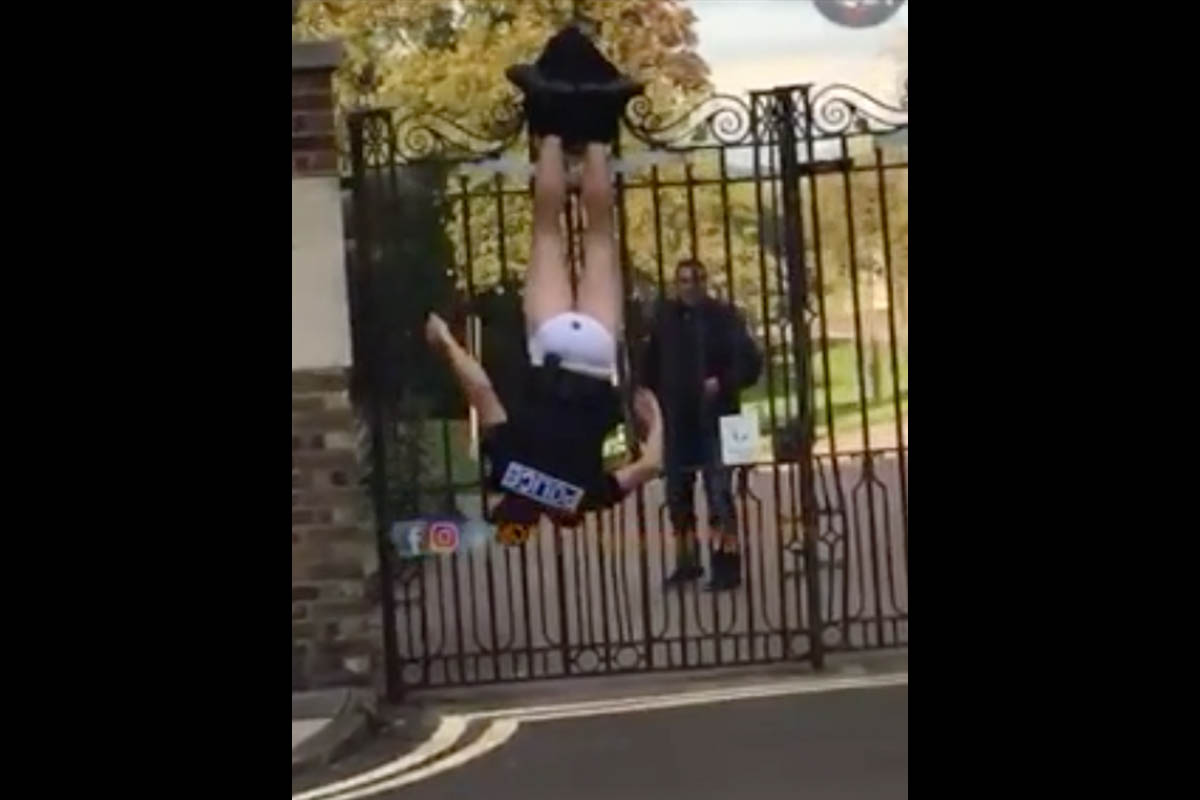 The world’s most unfortunate police officer was caught on film hanging upside down and with his pants off, presumably, after a foot chase gone horribly wrong.

The Saddest or Funniest Thing You’ve Ever Seen?

This law enforcement officer, who appears to be from the United Kingdom, is going to need to transfer police departments. (If he can even get another cop job. He might not even get to be a security guard after this.) He can never say anything again. Nothing he can say or do will trump the pics and videos of this.

And he needs to change his name. He’ll never be able to loo his police chief in the eye or even go to the grocery store without feeling shame again. Hell, he might end up as a Halloween costume in the UK this year. He needs to pray there’s some real bad Coronavirus pandemic news that will force everyone to stay inside in a lockdown until they forget he ever existed.

What happened to his police car? Apparently he thought he’d do better on food but that, uh, clearly isn’t true. This poor bastard.

As the video shows, this police officer apparently pooped his pants. Not only did he fail at climbing a fence. And then fall. And then get his pants caught on the fence. And get left hanging there. In his tighty-whities. Then… he crapped himself. Or maybe that happened during the chase. It doesn’t matter.

In the history of police forces there may not have ever been a more embarrassing image. This is painful. For the first time ever in their lives there are probably people feeling bad for a cop. And how could you not, really? This guy just got owned like he was a cop in a cartoon about a lovably mischievous raccoon who’s always getting chased by some daffy policeman.